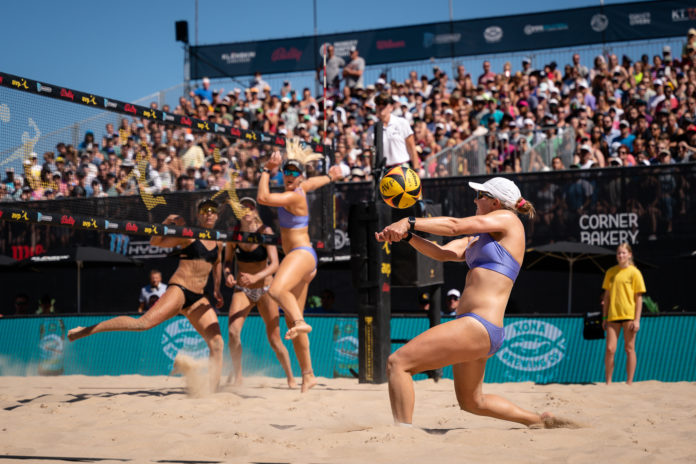 The pair that went a perfect 36-0 as the best college duo in the country for LSU during the spring, had an outstanding debut season on tour, winning their first AVPGold Series event they entered in Atlanta. In the other two events, Kloth and Nuss finished fifth in Manhattan Beach and had a semifinals appearance in Chicago.

Nuss, the winningest player in college beach volleyball history, was named Female Rookie of the Year and she edged out April Ross for Female Defensive Player of the Year. The 5-6 New Orleans native finished in the top two in total digs in all three AVP Gold events throughout the season. She showed balance and discipline throughout the season that would be impressive for anybody, let alone a rookie. She proved to be the toughest player in the AVP for opposing players to score against.

Kloth and Nuss’ quarterfinal match at Manhattan Beach against Kelly Claes and Sarah Sponcil, who played as a pair for America during the Tokyo Olympics, was named the best female match of the season. It was the second match of three the pairs played against each other during the year which featured gritty defenders and dynamic blockers on both sides of the net. Kloth and Nuss fell in three sets after a marathon first set that finished 29-27 in favor of Claes and Sponcil. Kloth and Nuss vs. Claes and Sponcil has the potential to turn into a common matchup for years to come.

Drew Hamilton was named the Coach of the Year. He allowed Kloth and Nuss to seamlessly transition from the college game into the professional ranks. No rookie pair has ever made such a smooth jump from NCAA Beach Volleyball to the AVP Tour as Kloth and Nuss, winning their first tournament and having three top-five finishes.