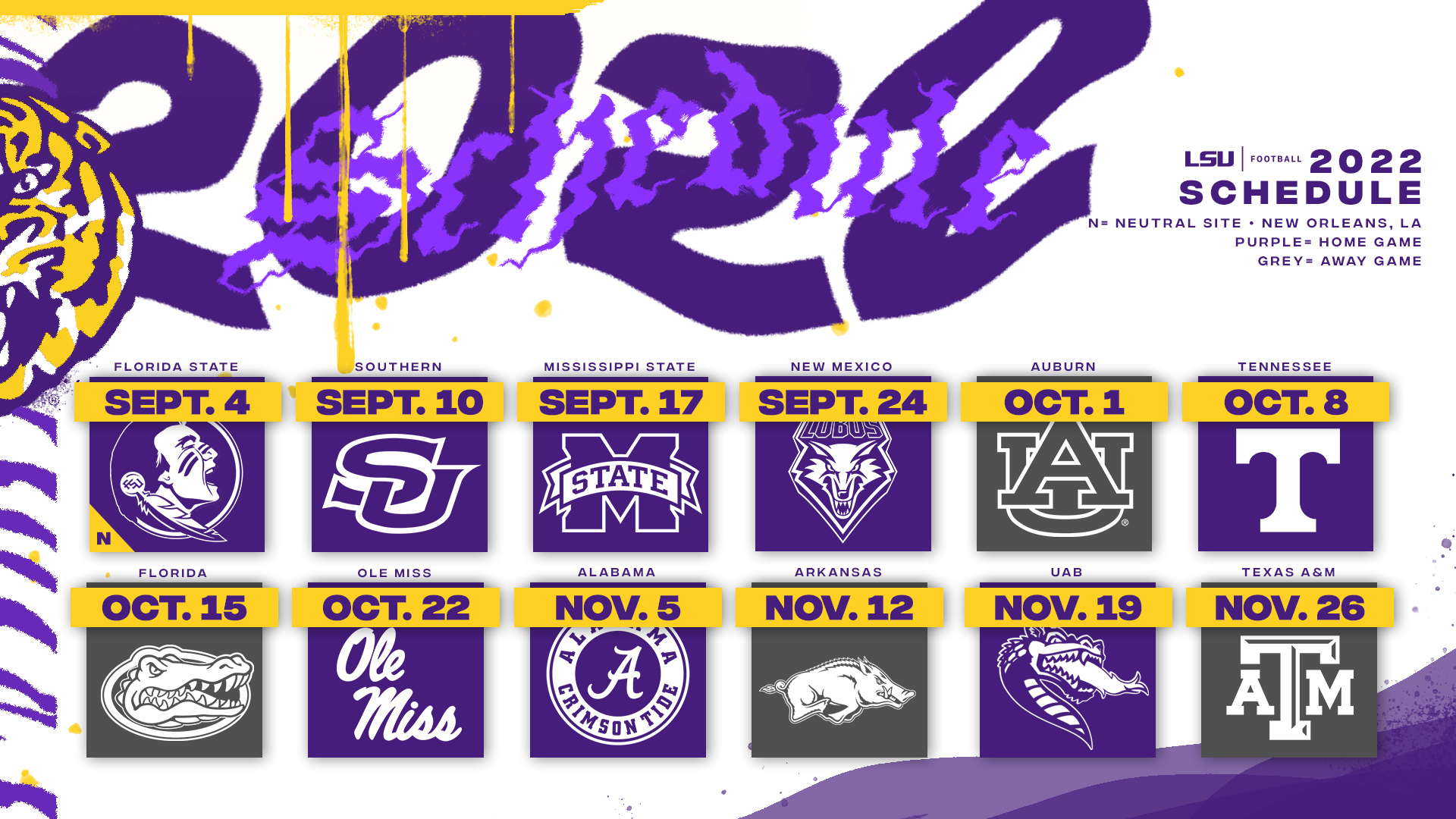 LSU had previously announced its non-conference schedule for 2022, one that includes a Labor Day Weekend game against Florida State in the Caesars Superdome in New Orleans on Sunday, September 4.

Other non-conference games for the Tigers in 2022 include the school’s first meeting with Southern University on September 10 in Tiger Stadium as well as other home games against New Mexico (September 24) and UAB (November 19).

In October, the Tigers travel to face Auburn on the first Saturday of the month, followed by Tennessee visiting Death Valley on October 8. It will be Tennessee’ first trip to Tiger Stadium since 2010 when LSU held off the Vols for a 16-14 victory.

LSU faces Florida in Gainesville on October 15 and then plays host to Ole Miss the following weekend in Tiger Stadium. LSU has an open date on October 29 before hosting Alabama on November 5.

LSU closes out its 2022 SEC schedule with road games against Arkansas on November 12 and Texas A&M on November 26.