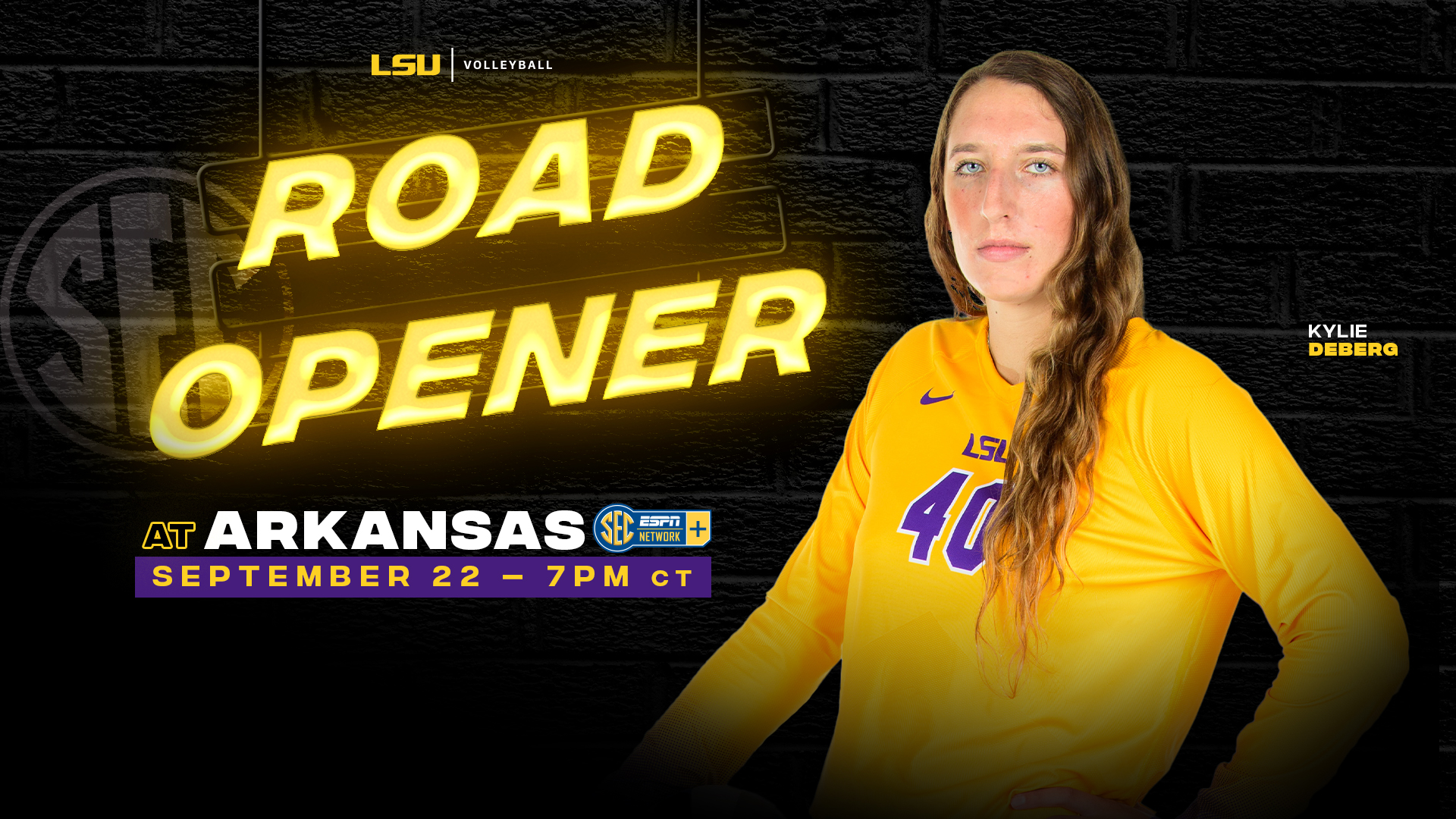 “I am really excited, our team has always had our sights on what we can accomplish in SEC play,” said head coach Fran Flory. “The team is driven to succeed, and I believe we have had a good start given the adversity we have faced so early in the season. It has not been a great start, but still a good start.”

The Tigers split their two matches at the Samford Invitational last weekend. After coming from behind to defeat Samford in four sets, LSU fell in a five-set thriller to Troy. The Tigers have stood out at the net during non-conference action and enter the conference scheduled ranked No. 4 in the league with 2.66 blocks per set (93 total). The Tigers are coming off a season-high 20 blocks against Troy. It was the first time the Tigers recorded 20 blocks since doing so in 2013 against Auburn.

Outside hitter Kylie Deberg leads the SEC with 4.43 kills per set and paces the Tigers with 12 aces. She is coming off her third 20-plus kill performance this season as well as her second double-double. Deberg registered 21 kills, logged a season-best three aces, and matched a season-high 14 digs to conclude the Samford Invitational against Troy.

Middle blocker Whitney Foreman is leading the Tigers at the net with 1.23 blocks per set (No. 7 in the SEC) and has accumulated seven or more blocks in three consecutive matches.

Setter Ella Larkin sits at No. 10 in the SEC with 6.77 assists per set after turning in a season-high 48 assists against Troy.

Libero Raigen Cianciulli averages 4.03 digs per set after her season-high of 25 digs against Troy. Cianciulli is the program’s all-time leader in career digs and is 97 digs shy from 2,000 career digs.

Although LSU trails Arkansas in the all-time series 23-29, the Tigers have won five of the last six meetings and are on a two-match winning streak when playing in Fayetteville, including an 8-3 mark dating back to 2006.

“Arkansas is really hot right now,” said Flory. “They are winning a lot and returned most of their roster if not all from last year. We had a great battle with them here at home last season where we split, and it happened to be a turning point for us.”

Arkansas had its six-match winning streak snapped last weekend when they were swept by No. 18 Georgia Tech but bounced back by sweeping NC State at the ACC/SEC Challenge. Arkansas has been playing well offensively and leads the SEC with 74 service aces (1.80/set) while ranking No. 3 with 12.83 assists per set and No. 4 with 14.10 kills per set.

“Fayetteville is not an easy place to win,” Flory said. “Everyone goes in there and struggles a little bit, but I enjoy that building and I respect the level of volleyball that is played on both sides of the net when we go against them.”