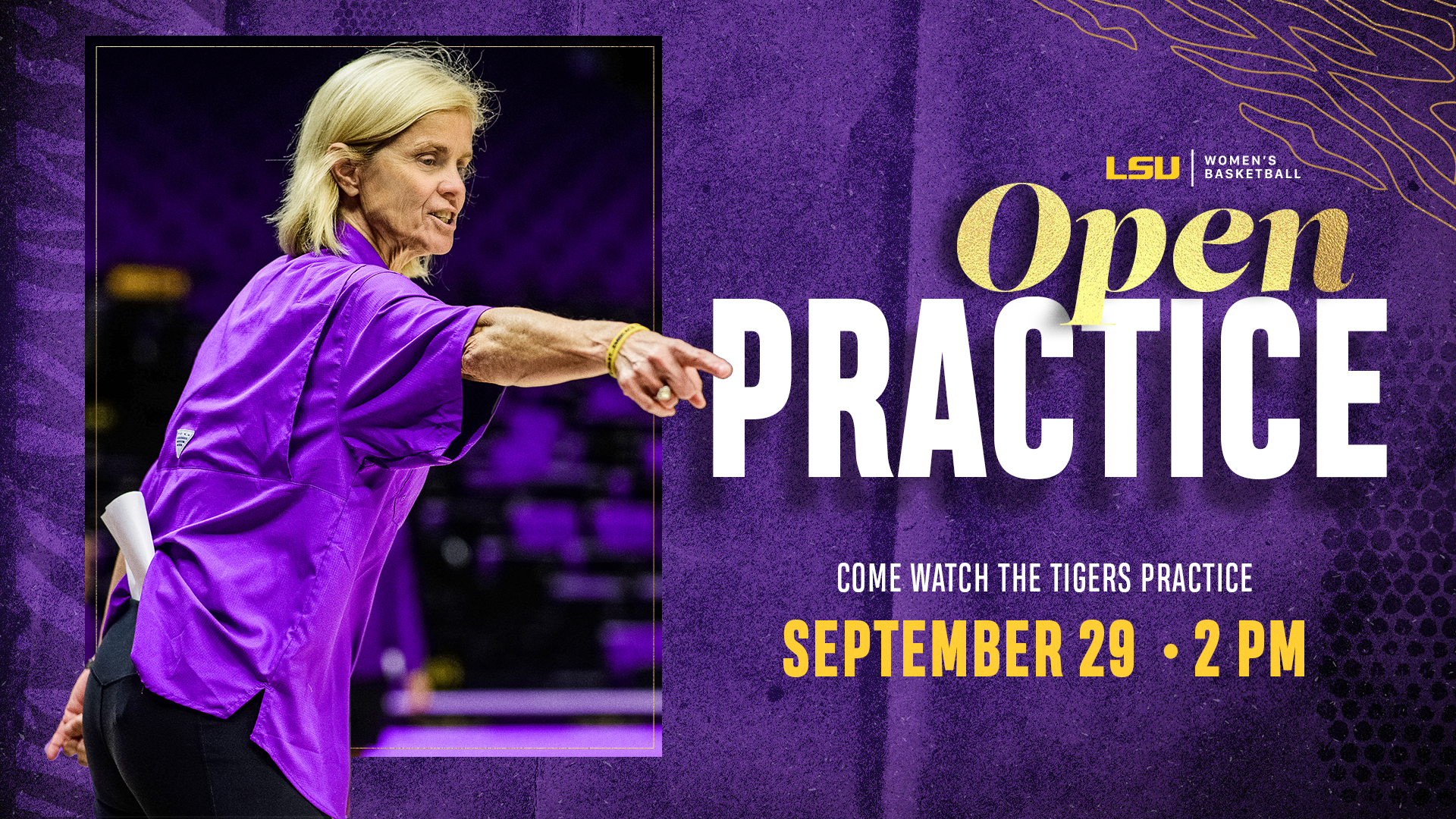 BATON ROUGE – The first official LSU Women’s Basketball practice under head coach Kim Mulkey, scheduled for Wednesday, September 29, will be open for fans and media to attend on the main floor of the PMAC.

The open practice will begin at 2 p.m. CT and fans, who are asked to wear masks while attending the practice, will be able to enter through the PMAC’s lower Southeast and Southwest entrances. When coming to campus next Wednesday, fans will be able to park in lot 104, next to the Bernie Moore Track Stadium.

Season tickets are still available for the upcoming season which will tip-off when LSU hosts Nicholls at 11 a.m. CT on November 9. Fans are also encouraged to join the Fast Break Club, the official booster club of LSU Women’s Basketball, to help the Tigers succeed on and off the court.

When the LSU Women’s Basketball team suits up for practice next week in preparation of the season, it will be the first official team practice under Coach Mulkey who was introduced as LSU’s head women’s basketball coach in April. The Tigers’ roster features nine players back from last year’s team and six players who will dawn purple and gold for the first time.

After holding her first official team meeting on August 23, the first day of LSU’s fall semester, Coach Mulkey and her staff have been able to hold workouts with the players. Starting with next Wednesday’s first official practice, the Tigers will be able to practice 30 times prior to their season opener against Nicholls.