Three LSU players have been named to the D1Baseball.com Top 100 College Prospects List for the 2022 Major League Baseball Draft. 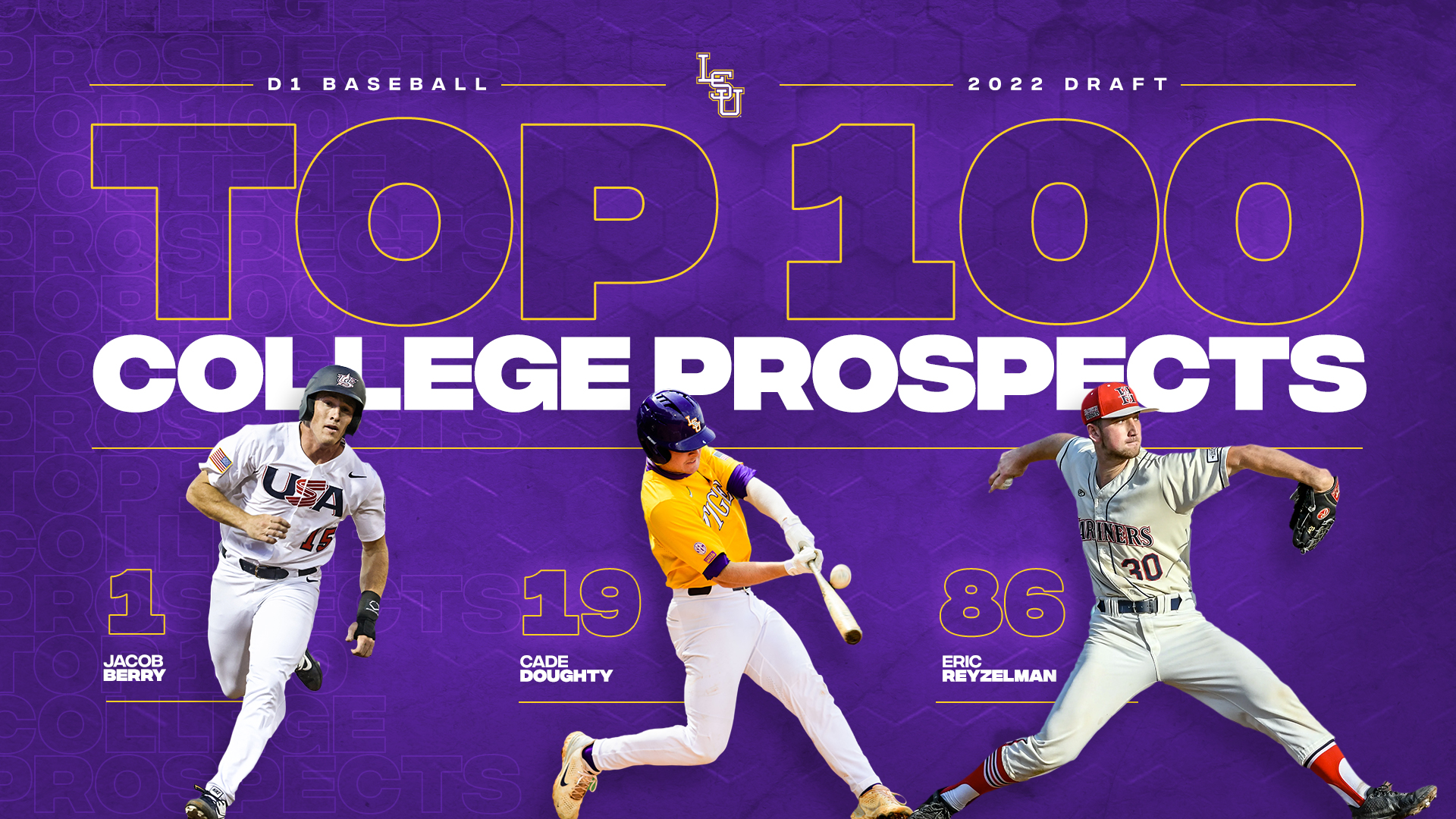 LSU infielder Jacob Berry is No. 1 on the list; infielder Cade Doughty is No. 19; and right-handed pitcher Eric Reyzelman is No. 86.

Berry, who helped lead Arizona to the 2021 College World Series and the Pac-12 championship, transferred to LSU in July. A product of Queen Creek, Ariz., he batted .352 in 2021 with team highs of 17 homers and 70 RBI, and Collegiate Baseball newspaper named him the National Co-Freshman of the Year.

Berry, a switch-hitter, also batted .387 for the USA Collegiate National Team this summer, showing a polished approach with big-time power from both sides of the plate.

Doughty led LSU to a crucial series win at Texas A&M May 20-22, batting .333 (5-for-15) with one double, one homer, six RBI and three runs scored. In the Tigers’ Game 2 win over the Aggies, Doughty doubled, homered and collected five RBI. His two-out, three-run homer in the fifth inning erased a 6-3 deficit and the game remained tied at 6-6 until the top of the 13th, when Doughty’s two-run double highlighted a six-run outburst in the 12-6 LSU victory that clinched a berth in the SEC Tournament.

He was named National and SEC Player of the Week on March 15, as he collected five home runs, six runs scored and 12 RBI in leading LSU to five wins in five games versus Texas Southern, New Orleans and UT San Antonio.

Reyzelman, who transferred to LSU this summer from the University of San Francisco, had Tommy John surgery in March of 2020 and returned to game action just 10 months after surgery.

Reyzelman was named to the Cape Cod League All-Star Team this summer as a member of the Harwich (Mass.) Mariners. The product of San Ramon, Calif., featuring a fastball clocked at 97 mph,  recorded a 2.66 ERA and 36 strikeouts in 23.2 innings, and he limited opponents to a .212 cumulative batting average.