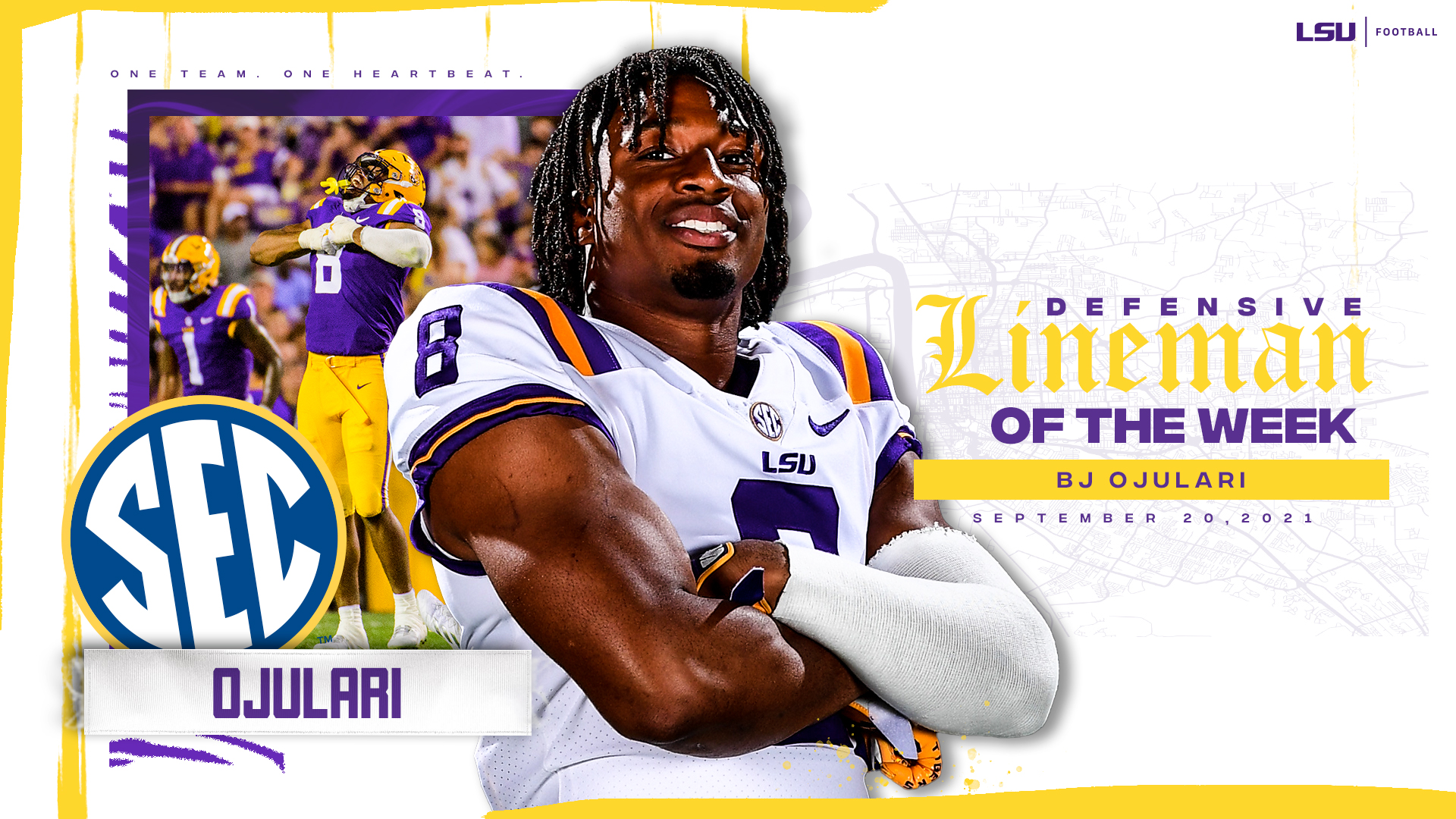 BATON ROUGE — BJ Ojulari, the nation’s leader in sacks through the first three games of the season, has been named the Southeastern Conference Defensive Lineman of the Week for his performance in LSU’s 49-21 win over Central Michigan, the league office announced on Monday.

Ojulari, a sophomore from Marietta, Ga., led the Tigers with 2.5 sacks and three total tackles against the Chippewas. As a unit, LSU recorded five sacks and had 15.0 tackles for loss in the victory over Central Michigan.

Ojulari teamed with Jacobian Guillory for another sack in the third quarter that resulted in a 7-yard loss.

The Tigers limited CMU to 56 rushing yard and 284 total yards in the victory that lifted LSU’s record to 2-1 overall heading into conference play this week at Mississippi State.

Through three games, Ojulari has recorded 4.5 sacks, which leads the nation along with Andre Carter (Army) and Jermaine Johnson (Florida State).

The honor is the second of Ojulari’s career as he was named SEC Defensive Lineman of the Week last year for his play in LSU’s win over South Carolina.