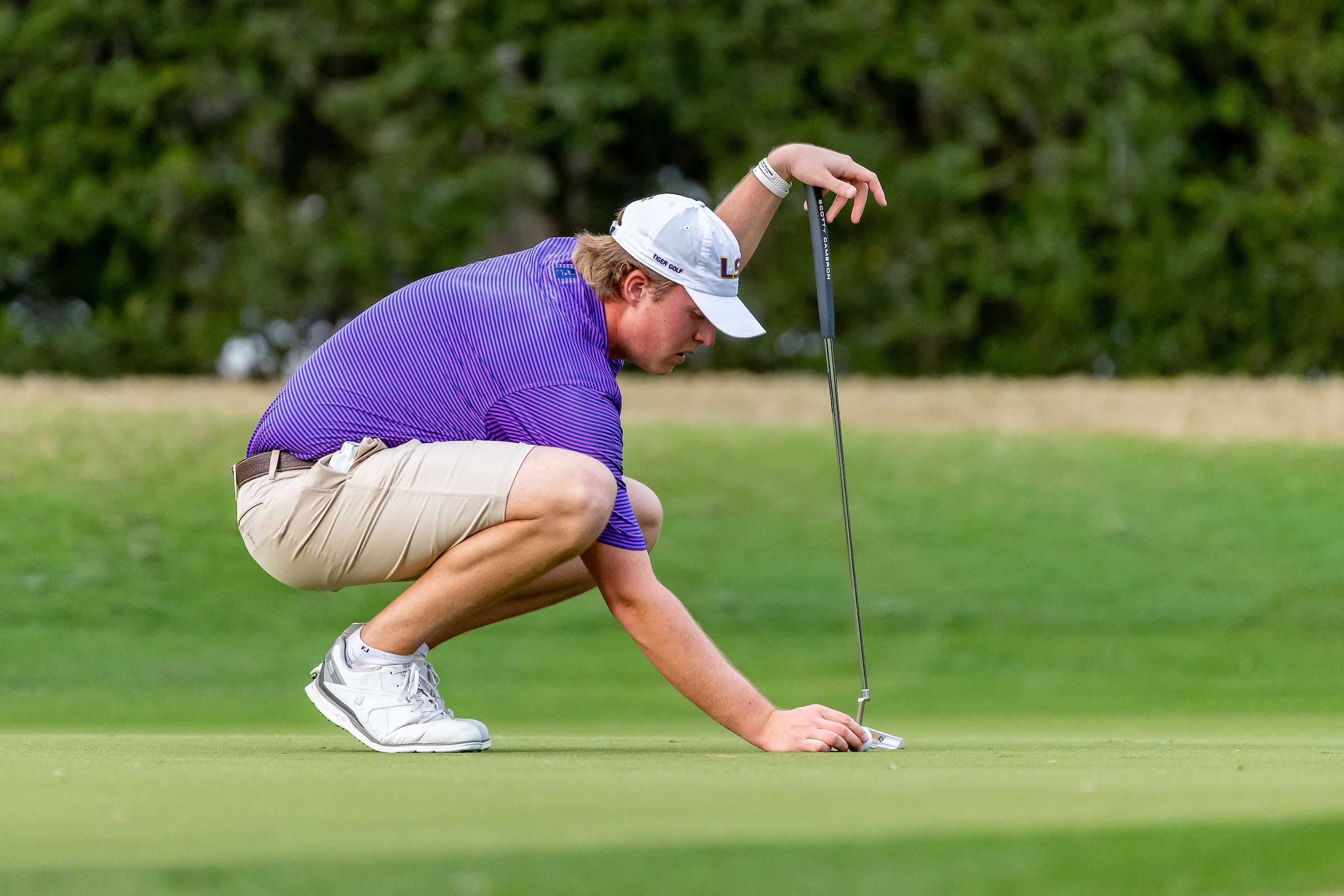 Baton Rouge, La. – The No. 24 ranked LSU Men’s Golf team will travel to Ooltewah, Tennessee to play the Scenic City Collegiate. The two-day, 54-hole tournament will be held at the Honors Course and will conclude on Tuesday.

It will be the traditional play five, count four format for the Tigers. It will be a shotgun start at 7:00 a.m. CT on Monday. They will play 36 holes continuously on the first day for rounds one and two and conclude with round three on Tuesday. The Honors Course will play as a par 72 at 7,290 yards.

LSU will be one of 15 teams in the field. The Tigers will go up against Chattanooga, UAB, Augusta, Clemson, ETSU, Georgia, Kennesaw State, Ole Miss, Mississippi State, UNCG, South Carolina, Tennessee, Vanderbilt, and Virginia.

This will be the third tournament of five on the schedule for the men’s golf team this fall. Following this event, the Tigers will travel to Shoal Creek CG for SEC Match Play then conclude their fall schedule with the Isleworth Collegiate Invitational at the Isleworth Golf & CC.