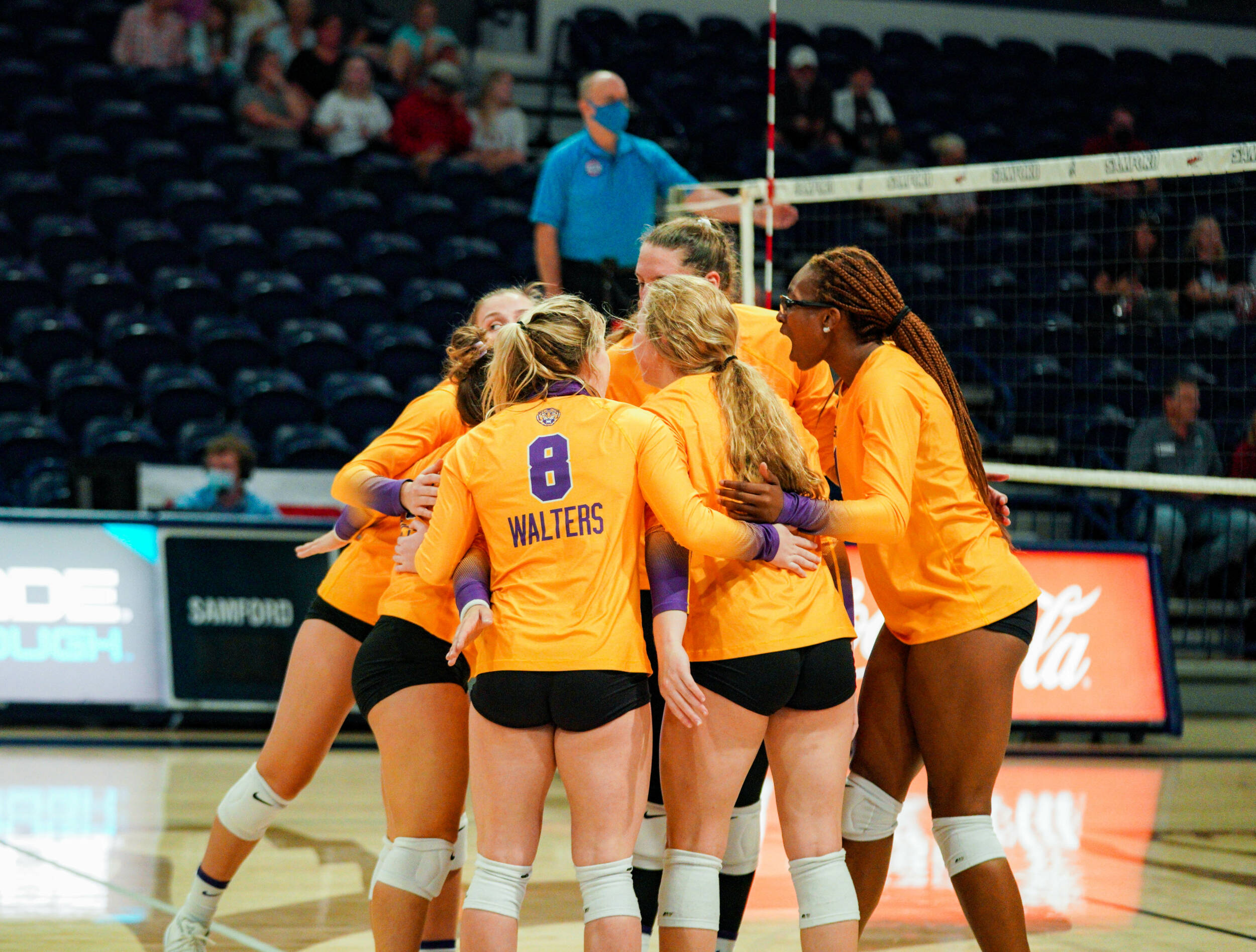 BIRMINGHAM, Ala. – In a match that came down to the final points of the fifth set, the LSU Volleyball team (4-5) dropped a thriller against Troy (6-4) Saturday in the Pete Hanna Center

Troy recorded its third victory over a team from a power-five conference, already with wins over Alabama and Virginia Tech this season.

“After winning the second and third set I think we relaxed,” said head coach Fran Flory. “We made some assumptions and we lost our discipline. You cannot do that against a team like Troy who never quits.”

“We lost this match in the fourth set,” said Flory. “We gave that set away with too many errors. This was a self-inflicted loss and we have to learn how to manage the game better.”

SEC play is on deck for the Tigers as they are set to travel to Fayetteville to take on Arkansas on Wednesday evening at 7 p.m. CT. The SEC home opener will be next Saturday against Alabama.

The Tigers defense was formidable at the net, earning 20 blocks – a season high for LSU and its third straight match with double-digit blocks. It was the first time since 2013 against Auburn that LSU recorded 20 blocks in a match. Middle blocker Anita Anwusi led the way with nine blocks. In all, seven Tigers recorded blocks as Troy had no answer for LSU’s blocking. The Trojans only had three blocks.