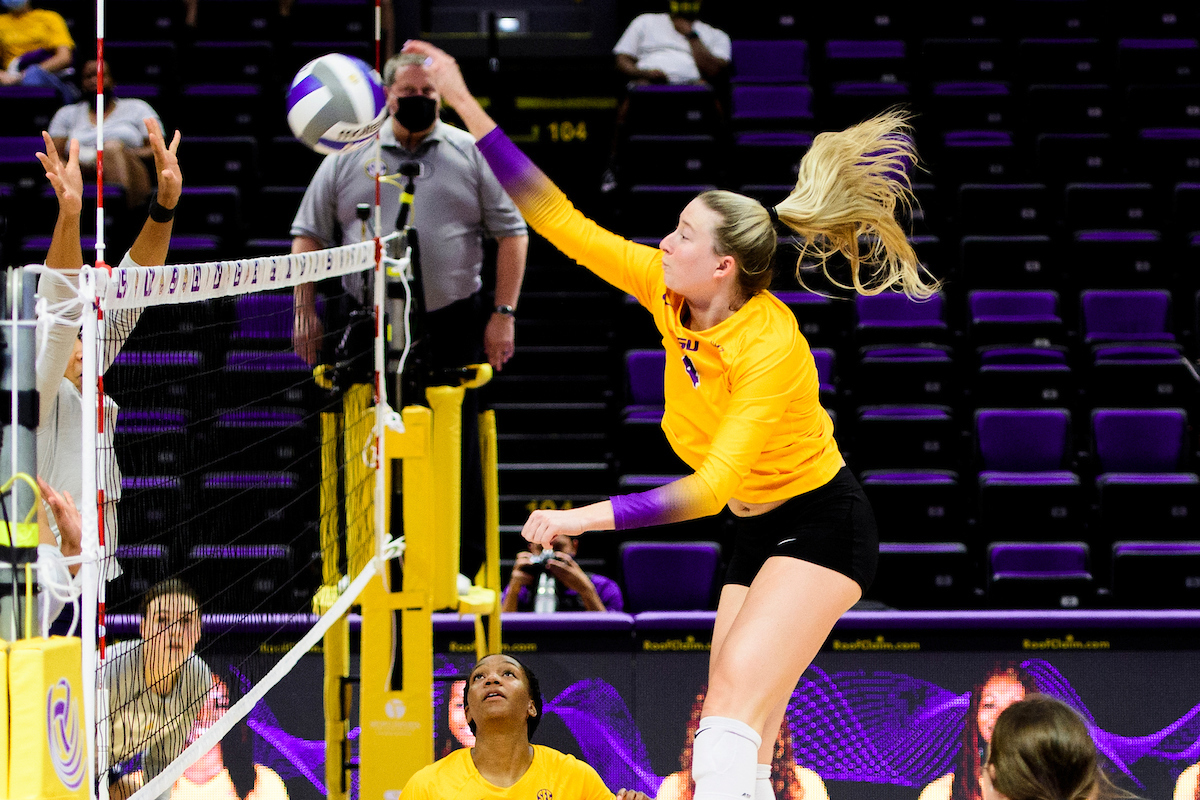 BIRMINGHAM, Ala. – The LSU volleyball team (4-4) picked up its second consecutive win as they defeated Samford (1-9) in four sets Friday night at the Pete Hanna Center.

“I thought we came in undisciplined and unprepared, but we are fortunate to be able to turn it around and play some good volleyball in sets two, three, and four,” said head coach Fran Flory. “In those final three sets we were very efficient and low-error.”

Outside hitter Kylie Deberg recorded her seventh consecutive match with double-digit kills as she paced the Tigers with 16 kills and added one ace and eight digs.  Outside hitter Sanaa Dotson followed with 12 kills and hit .321 in the match, marking her second-straight match with a hitting percentage over .300.

“I was super proud of Sanaa Dotson who came in and had key moments for us when our normal key players struggled a little bit,” Flory said.

Defensive specialist Emmaline Walters anchored the defense with 12 digs and also had an ace, while libero Raigen Cianciulli followed with 11 digs.

“When we can get into uncomfortable situations and still succeed, then those are good situations to be in because it helps us grow as a team and gain confidence in understanding our system,” Flory said.

Outside hitter Lauren Deaton recorded a match-high 20 kills for Samford and contributed two aces, eight digs and a solo block. Outside hitter Kenya McQuirter turned in 12 kills, and outside hitter Sarah Hayes Farley rounded out the Bulldogs’ top hitters with 10 kills.