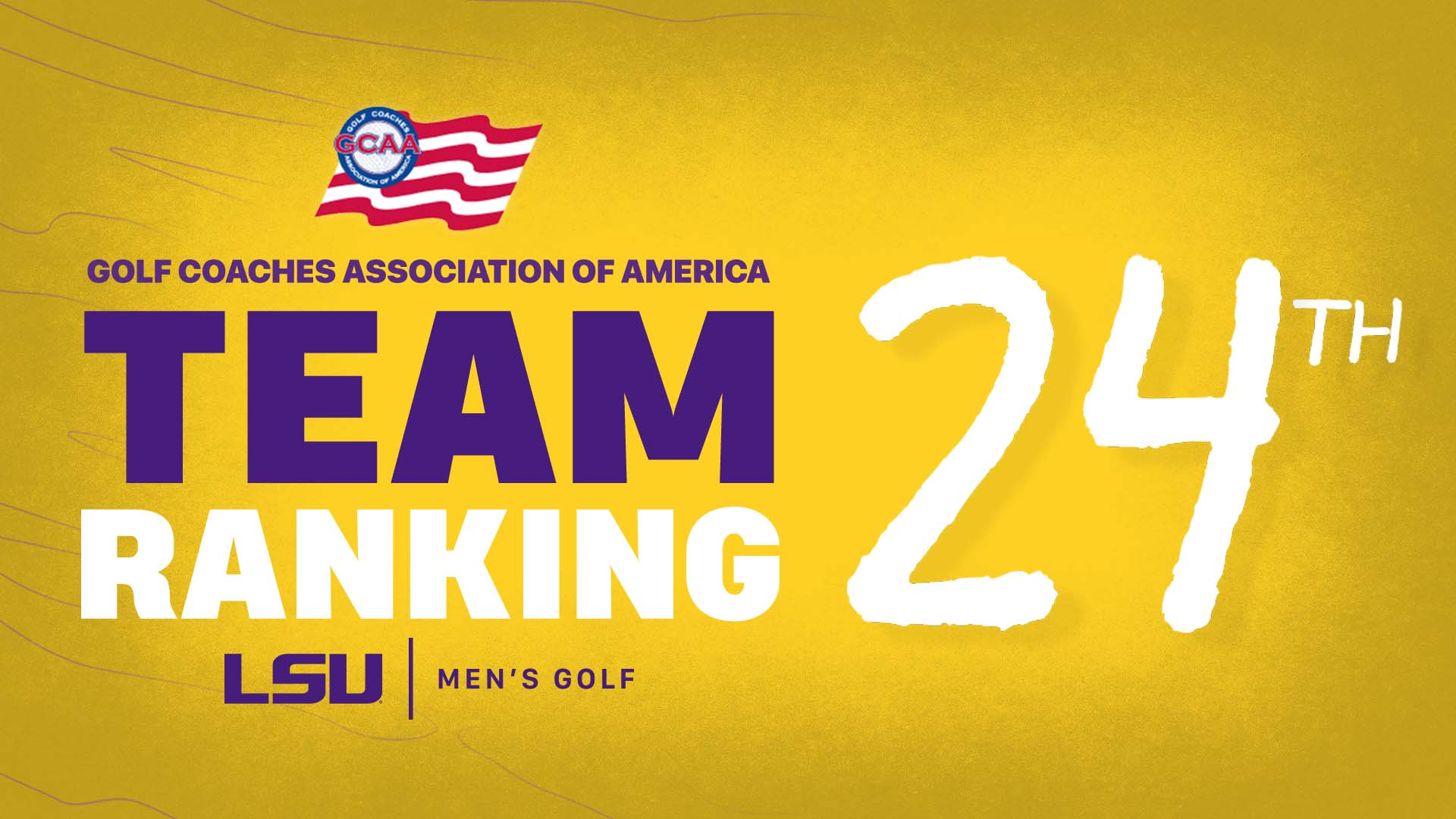 Baton Rouge, La. – The LSU Men’s Golf team moved into the No. 24 slot on Friday in the Bushnell/Golfweek Division I Coaches’ Poll.

LSU then traveled to Squire Creek Country Club and won the Jim Rivers Intercollegiate with a final score of 23-under 841 (285-281-275). The Tigers’ win was the 38th for the program under Head Coach Chuck Winstead and the first since the 2019 David Toms Intercollegiate.

The Tigers will travel to Ooltewah, Tenn., for the Scenic City Collegiate, held at the Honors Course. The tournament will take place Sept. 20-21 and live scoring will be available on Golfstat.