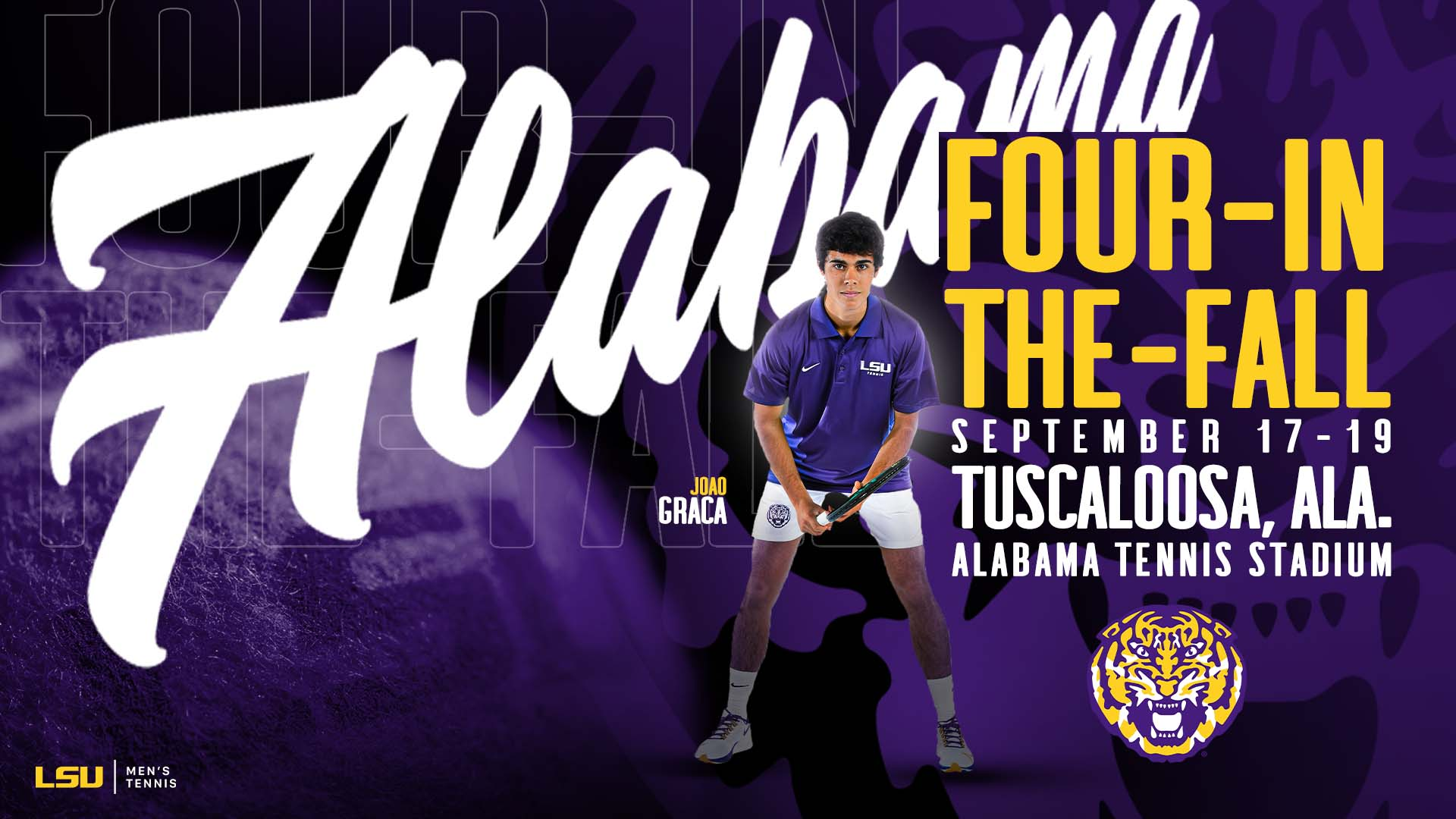 BATON ROUGE—The LSU men’s tennis team begins their 2021-22 campaign with a trip up to Tuscaloosa, Alabama, for the Alabama Four-In-The-Four Tournament, ranging from Friday, September 17, to Sunday, September 19.

LSU will be one of four teams participating, the other three being Alabama, Memphis, and Princeton.

The two remaining Tigers, Ronald Hohmann and Boris Kozlov, will be heading to Wisconsin for the Milwaukee Classic. More information on that will come this Friday.

Each doubles match will be played to six. For singles, matches will only go to a full third set if outdoors. If inside, matches will be decided by a third-set 10-point tiebreak.

Live scoring will not be provided, but results will be updated here as they come in. Live video can be found here. Alabama’s matches will be on courts two, four, and six indoors, while the other two teams playing at the time will compete on one, three, and five.

10:00 am, Alabama vs. Memphis; Princeton vs. LSU
Match play begins with doubles at 10:00 a.m., followed by singles after a 5-minute intermission.

10:00 am, Alabama vs. LSU; Memphis vs. Princeton
Match play begins with doubles at 10:00 a.m., followed by singles after a 5-minute intermission.

10:00 am, Alabama vs. Princeton, Memphis vs. LSU
Match play begins with doubles at 10:00am, followed by singles after a 5-minute intermission.