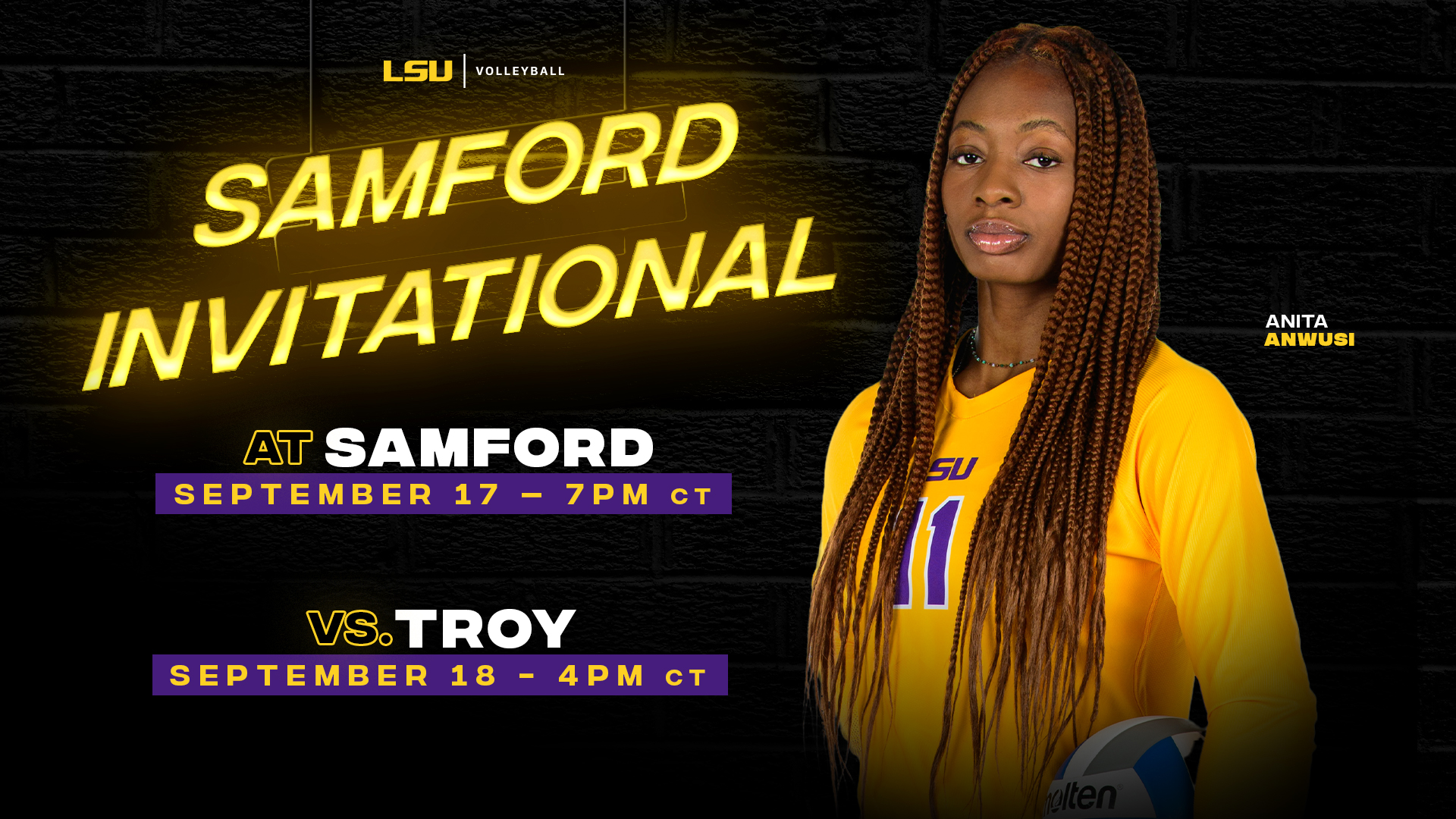 BIRMINGHAM, Ala. – The LSU Volleyball team (3-4) will conclude its non-conference schedule with a pair of matches at the Samford Invitational inside the Pete Hanna Center in Birmingham, Ala. The first match of the weekend will be against tournament host Samford (1-8) at 7 p.m. on Friday, Sept. 17, followed by a 4 p.m. match on Saturday, Sept. 18 against Troy (5-4). Both matches will be streamed on ESPN+.

The Tigers are coming off a 1-1 weekend at the Rice Invitational. LSU ended the tournament on a high note as they strung together three consecutive set wins to defeat Sam Houston State 3-1 after falling to Rice in straight sets the previous night.

“Our preparation has been great this week,” said head coach Fran Flory. “I think we turned a corner last week overcoming all the adversity these kids faced and we are really forming as a team.”

Outside hitter Kylie Deberg leads the Tigers’ offense with 4.54 kills per set behind 118 total kills and eight aces. Deberg tallied her second 20-kill match this season in the match against Sam Houston State and also recorded season-highs with a .413 hitting percentage and three aces.

Middle blocker Whitney Forman had a solid performance last weekend where she became the first player since Jacqui Armer in 2017 to log double-digit blocks in a match. Foreman has 21.5 blocks (0.83/set) to lead the Tigers at the net this season.

Setter Ella Larkin has played well at the setter position and now has 154 helpers and 66 digs in addition to 13 blocks and five aces. Larkin has recorded a double-double in three of the last four matches.

“Last week we were very efficient in the back half of the Sam Houston match,” said Flory. “The understanding is here, the tempo of our offense is picking up with Larkin getting more reps, and the team is driven and together.”

Samford is coming off a home opening loss against Kennesaw State prior to the tournament. The Bulldogs’ lone win this season was a 3-1 decision over UT Martin at the Western Kentucky Invitational last weekend. Outside hitter Kenya McQuirter leads Samford with 112 kills (3.73/set), followed by outside hitter Sarah Hayes Farley’s 72 kills (2.67/set) and five aces. Setter Kayla Keshock directs the offense with 9.23 assists per set. LSU is 1-0 all-time against Samford with a 3-1 victory on Sept. 13, 2014.

“Samford is a good team,” Flory said. “They challenge or win their league every year, they are a feisty team that knows how to win, and typically they are really hard to beat. You have to beat this team because they will not air themselves out.”

Troy will enter the tournament on a two-match winning streak after sweeping Alabama State Tuesday night. The Trojans have earned a pair of victories over Alabama and Virginia Tech to highlight their non-conference schedule and went 2-1 last weekend at the Chattanooga Classic. Middle blocker Julia Brooks and outside hitter Cheyeenne Hays lead the Trojans with 101 and 97 kills, respectively, while setter Amara Anderson leads the Sun Belt Conference with 10.97 assists per set.

“Troy is a veteran team with a seasoned setter and a couple players that can play anywhere so they have all the pieces,” said Flory. “They are a team coming in with a ton of confidence and much to prove so they will be tough to beat. We are ready for a battle.”