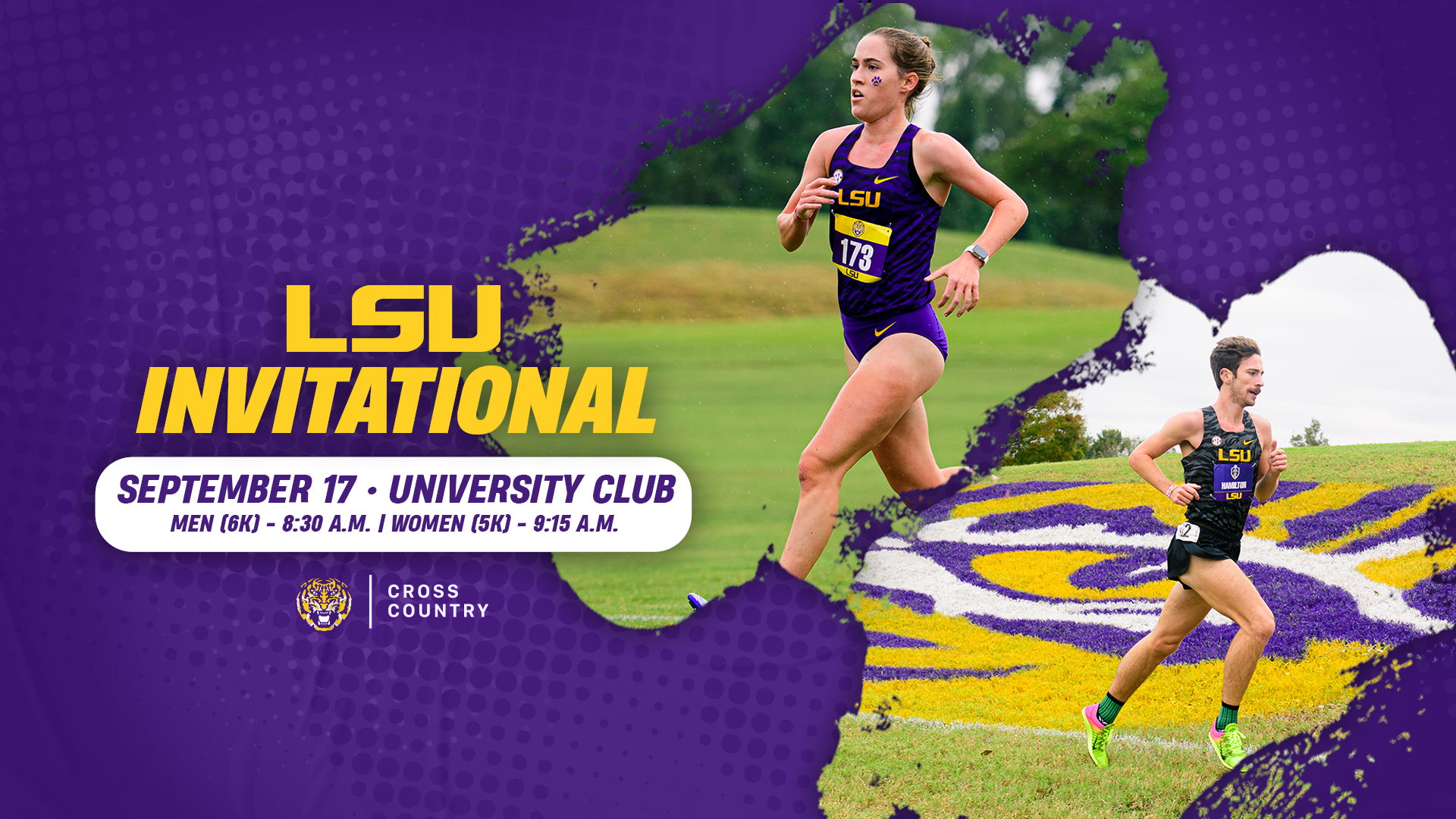 The meet will be cross country’s first meet this fall following the cancellation of the September 3rd meet at the University of New Orleans due to the impact of Hurricane Ida. The Tigers will be competing against Alcorn State, Dillard, Loyola-New Orleans, New Orleans, UL-Lafayette, William Carey, Southern and Southeastern Louisiana. All teams will be fielding both male and female entries.

Women’s Preview
The Tigers will see the return of their entire team that finished fifth-place at the SEC Championships, their best in 21 years. This squad, highlighted by senior Katy-Ann McDonald, will look to continue that run of form into this season starting with Friday’s meet. McDonald, who earned second-team All-SEC and All-Louisiana Runner of the Year honors, will lead.

Shelby Spoor, Alicia Stamey, and Ashley LaJocies, all three SEC scorers for LSU a year ago, will compete as well on Friday. Spoor was the fifth best freshman finisher a year ago at the SEC Championship making her the first LSU runner in program history to be named to the SEC All-Freshman team. LaJocies will look to carry form that saw her score in her last two meets into Friday’s invitational. Stamey is back for another season as well and her presence will bring a consistent returning scorer to LSU’s lineup.

Friday’s meet will see the collegiate debuts of four runners: Sophie Martin, Callie Hardy, Carly Nicholson, and Hailey Day. Lorena Rangel and Doria Martingayle, who both have competed for LSU in track and field, will make their LSU debuts on the cross country circuit as well. Other runners in action will be Adele Broussard, Annie Fink, Gwyneth Hughes, and Shanya Luna.

Men’s Preview
The Tigers will look to improve on a second straight eighth-place finish at the SEC Championships this season. The Tigers should benefit from seeing the return of their top runners from the 2020 season. Junior Davis Bove will look to build on a season from a year ago that saw him earn a spot on the All-Louisiana first team and was LSU’s top finisher at the SEC Championships.

Senior Eric Coston has been granted another year of eligibility and will also look to continue his good form after finishing as LSU’s second-highest finisher at each of his meets last year. Bove and Coston, who finished 17th and 34th during the SEC Championships, will be joined by sophomores Will Dart and Ethan Selph, juniors Jackson Martingayle, Cade Martin, Adam Wise, and senior Garrett Hamilton.

LSU has added three newcomers –  Dyllon Nimmers, Evan Pardo and Jack Wallace. Nimmers, a Louisiana Class 5A state champion, received the honor of Gatorade Runner of the Year for cross country a season ago, and Pardo and Wallace are both state runners-up coming into their first collegiate season.

Fans
Fan parking will be available at L’Auberge Casino (777 L’Auberge Avenue). There will be free shuttles running back and forth from parking to the course.

2021 Schedule
Following this opening meet in Baton Rouge, Louisiana the Tigers will travel to Fayetteville, Arkansas for the Chile Pepper Festival on October 2nd. LSU will then travel to College Station, Texas for the Arturo Barrios Invitational on October 16th. Finally, The Tigers will travel to Columbia, Missouri for the SEC Championships on October 29th. Following the SEC meet, the NCAA Regionals will be hosted by Baylor on November 12, and the NCAA Championships will take place November 20 in Tallahassee, Florida.