LSU on Wednesday released its 56-game 2022 baseball schedule, which begins on Friday, February 18, when the Tigers face Maine in Game 1 of a three-game series in Alex Box Stadium, Skip Bertman Field. 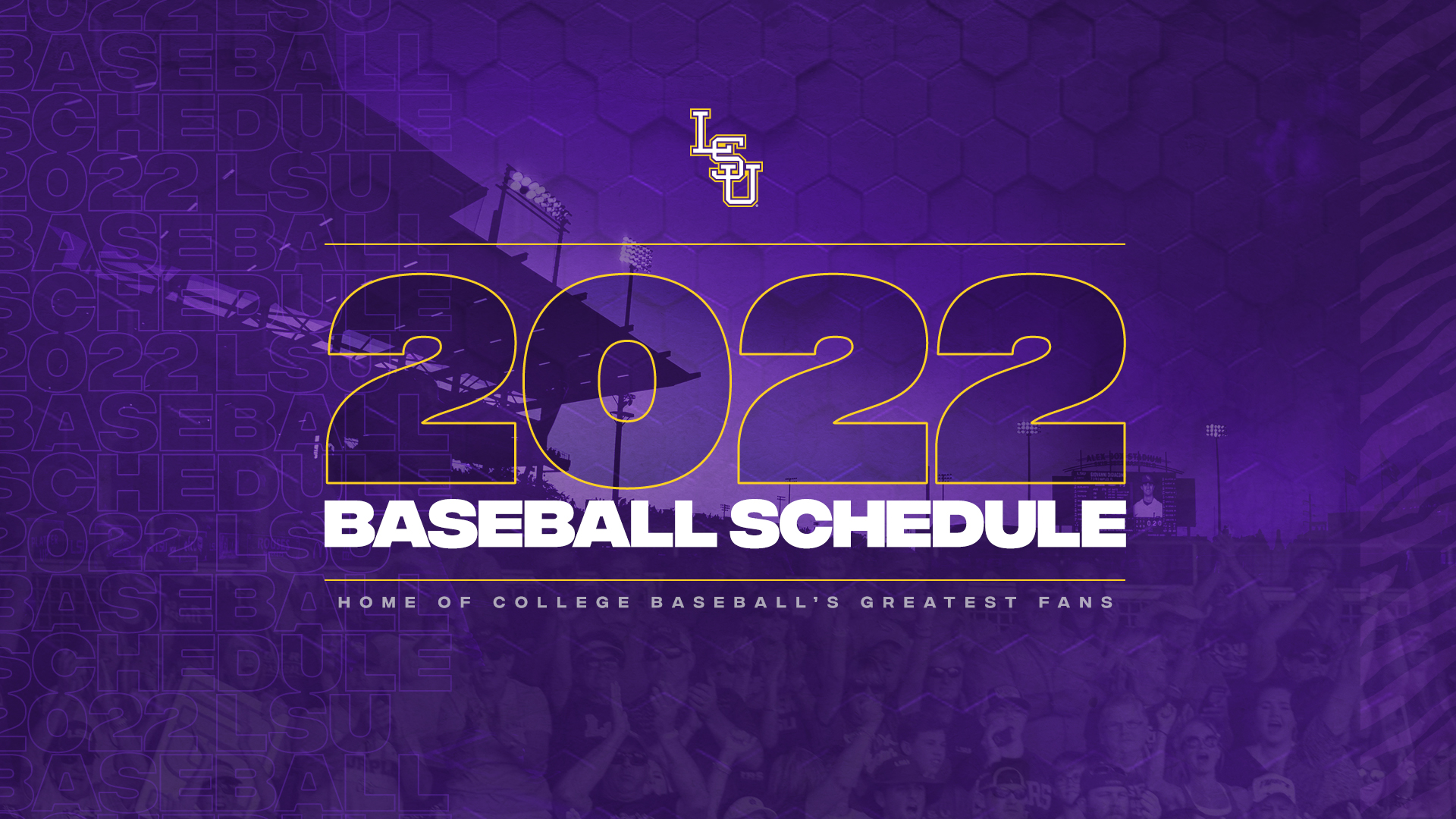 LSU will play nearly half of its regular-season schedule (24 games) against teams that participated in the 2021 NCAA Tournament.

Starting times for most games on the 2022 schedule will be determined in the coming months after television schedules and team travel arrangements are finalized.

Fans are invited to register to join a request list for available season tickets at www.LSUtix.net, and there is no charge for the registration. The deadline to sign up for the season ticket request list is Thursday, September 30.

All season ticket requests are sorted by the LSU Philanthropic Priority Point Ranking system as of Sunday, October 31.  For information on the priority point system, visit https://www.lsutaf.org/membership/priority-points

The season opener versus Maine will mark the first game at LSU for Jay Johnson, who was named the Tigers’ head coach in June after leading Arizona to the 2021 Pac-12 title and a berth in the College World Series.

The non-conference schedule is also highlighted by a trip to Minute Maid Park in Houston for the annual Shriners Hospitals for Children College Classic. LSU, which will participate in the event for the fourth time since 2015, will face Oklahoma at 3 p.m. CT on Friday, March 4; Texas at 7 p.m. CT on Saturday, March 5; and Baylor at 7 p.m. CT on Sunday, March 6.

Dates for some SEC games could change once the league determines its television schedule.

Preparation for the 2022 season is underway, as the Tigers are engaged in conditioning drills and individual workouts. LSU begins its full-squad fall practice period on Friday, October 8.