LSU swimmer Brooks Curry was selected to the USA Swimming national team following his performance in the 100-meter freestyle over the summer, the organization announced. 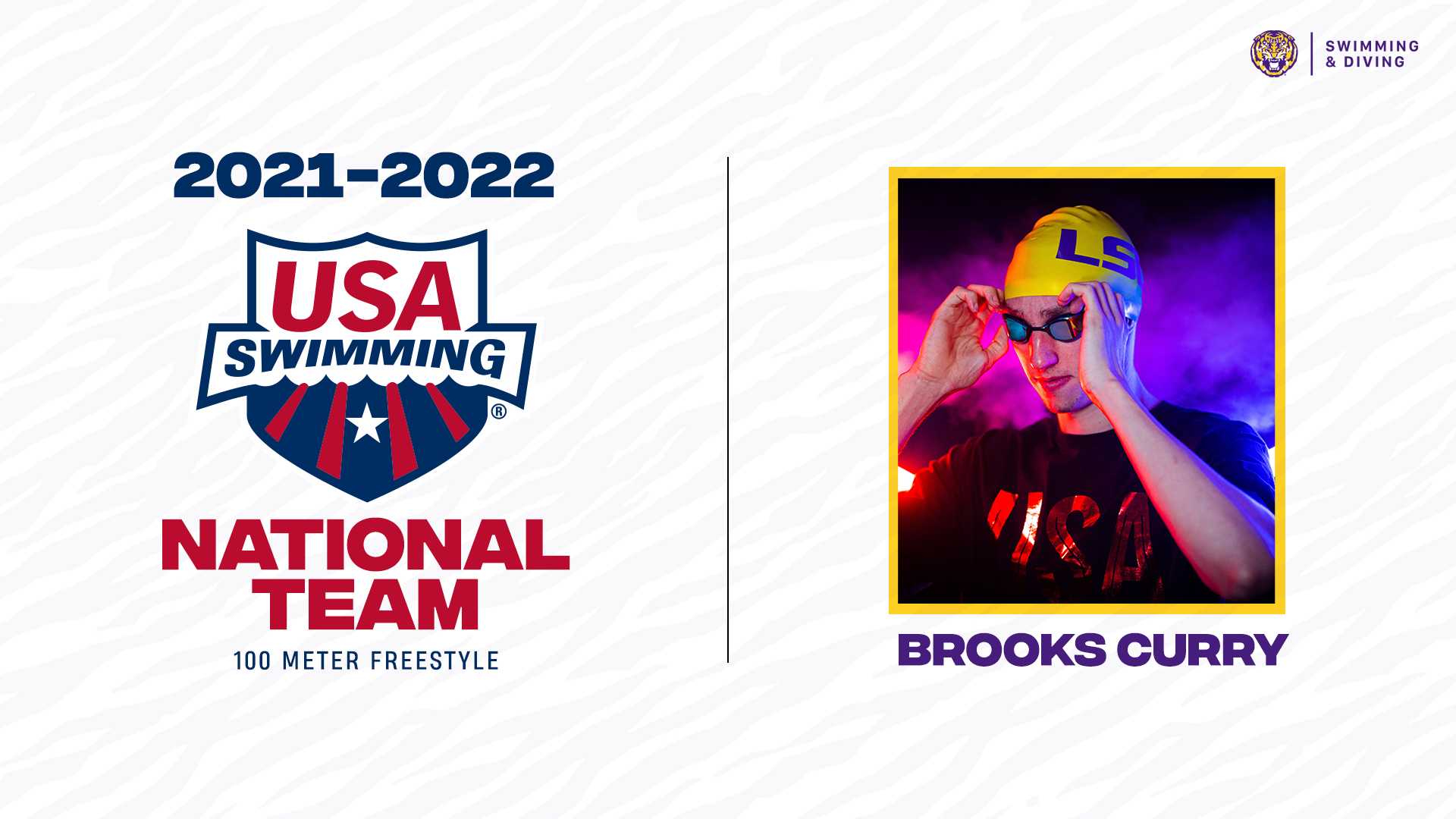 BATON ROUGE – LSU swimmer Brooks Curry was selected to the USA Swimming national team following his performance in the 100-meter freestyle over the summer, the organization announced.

Curry, the first swimmer in LSU history to take home the gold at the Olympic games, will serve as a member of Team USA on a year-round basis.

During his impressive sophomore season, the 2020 SEC champion won two events in the 100-yard freestyle and the 200-yard freestyle at the opening meet against Alabama. At the Art Adamson Invitational, Curry broke his own school record in the 50-yard freestyle, claiming the victory with a time of 19.28. He would close out the regular season with four wins.

At the 2021 NCAA Championships, Curry earned All-America status in three different events for the first time in the history of the LSU Swimming program.

Curry participated in Wave II of the Olympic Swimming Trials and qualified for the 2020 Tokyo Olympics after finishing with a time of 48.19 in the final of the 100-meter freestyle. He earned a spot on the 4×100 meter freestyle relay team and participated in the prelims of the event in Tokyo. While he did not swim in the final, due to his participation in the prelims, Curry earned a gold medal.

Curry returns to LSU for the 2021-22 season alongside the two other LSU Olympians that competed in this year’s games: Juan Celaya-Hernandez and Anne Tuxen.