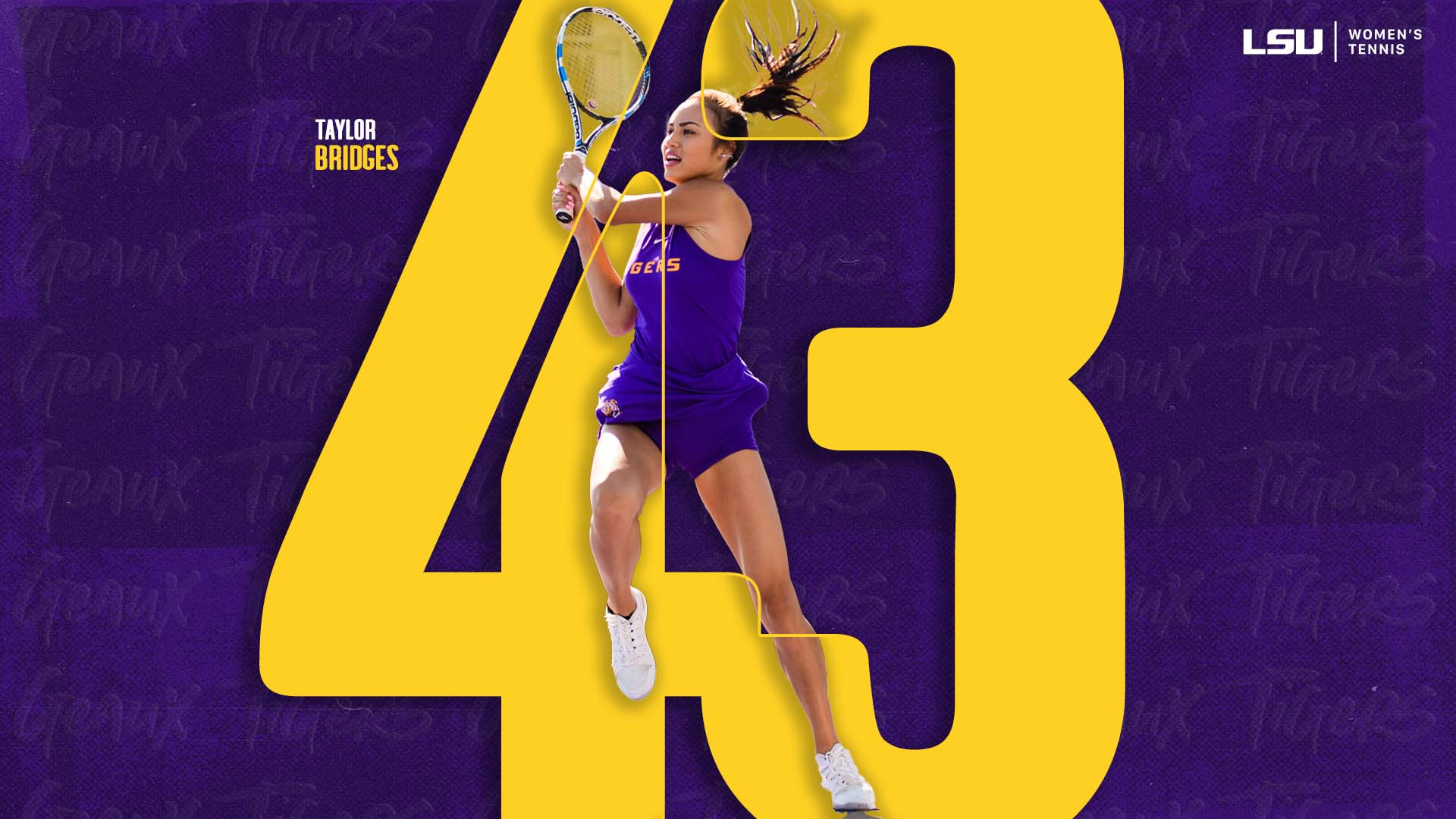 Baton Rouge, La. – Four members of the LSU Women’s Tennis will begin the 2021-22 season in the ITA Tennis Rankings, the ITA announced.

Fifth Year senior Taylor Bridges ranks the highest of the pack in the singles ranking by opening the season at No. 43. The Mesa, Arizona native returns to the rankings after posting a 14-12 singles record in the 2020-21 season. Bridges earned eight of those wins in dual competition playing at the No. 1 singles spot for the Tigers and ended the year with her first career berth in the NCAA Singles Tournament, where she fell in the first round.

Junior Safiya Carrington joins Bridges in the singles rankings, checking in at No. 96. Last season, Carrington picked up ten wins in singles play and primarily played at the No. 2 spot for the Tigers in dual action. Carrington’s wins in singles action played a big part to the Tigers’ success in dual play, clinching match wins against No. 9 Vanderbilt and No. 23 Tennessee and was honored with a spot on the 2021 All-SEC Second Team for her efforts.

In doubles, Bridges and newcomer Ena Babic are ranked at No. 51. Bridges’ doubles campaign last season saw her finish with a stellar 20-6 record playing with three different partners. Babic posted a team-high 12-4 doubles record in her final season at Purdue, with all twelve wins coming in dual play action at the No. 1 doubles spot for the Boilermakers.

Freshman Jenna DeFalco is the final Tiger represented in the preseason rankings, listed at No. 6 in the Top 10 Newcomers list. DeFalco is a former blue-chip recruit from the Class of 2021 and has posted a 22-7 singles record in 2021 playing on the WTA Tour. She is set to join up with the team in January.

LSU will begin the fall portion of the season on Friday, September 24th as they travel to Chapel Hill, North Carolina to participate in the UNC Invitational.