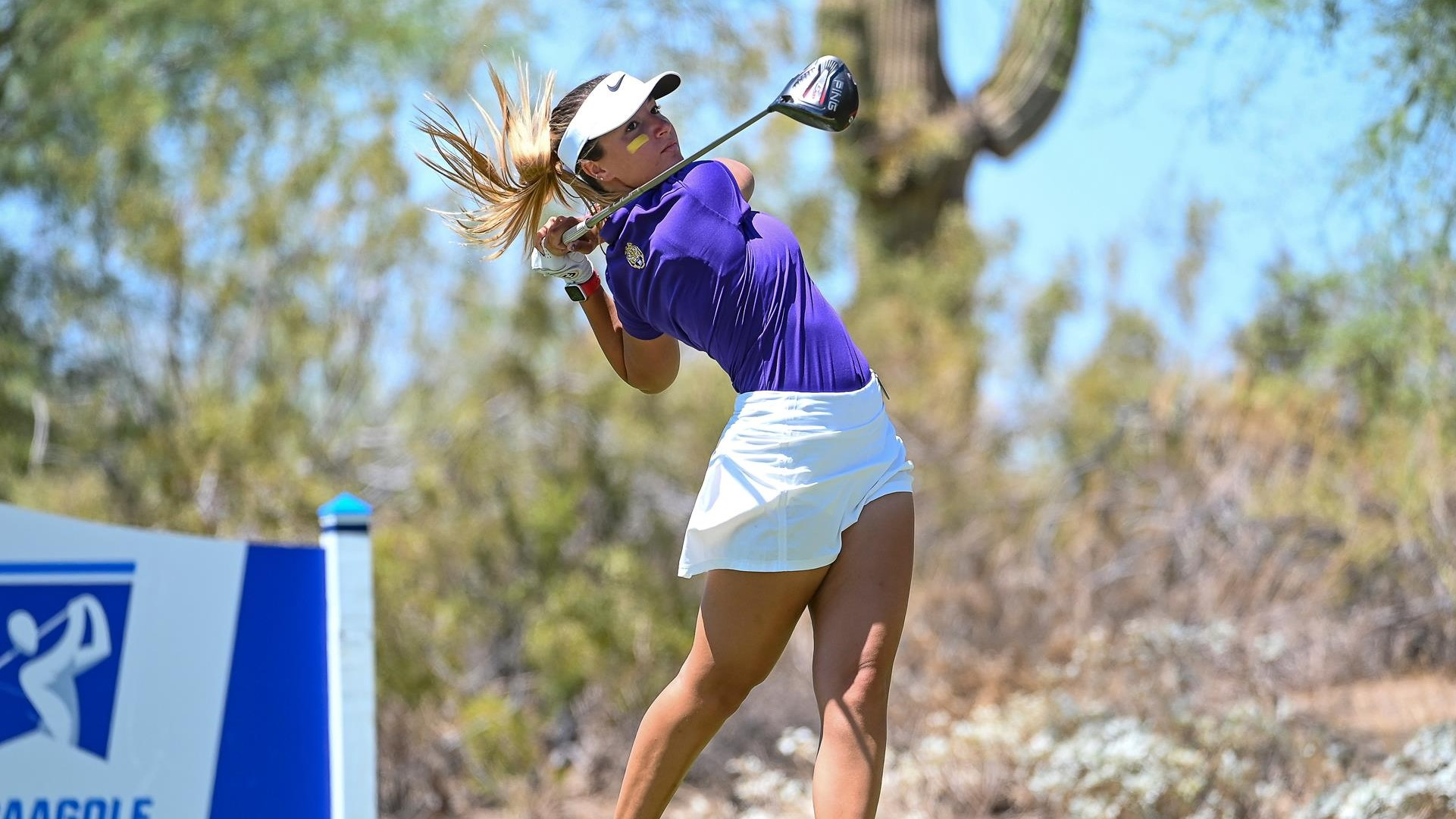 Lindblad and Tejedo Mulet are T18 after the first round of the 54-hole tournament over the 6,410-yard layout.

Lindblad, coming off a first-team All-America season in 2020-21, had a two-birdie, two-bogey round with birdies on the short par 4 15th and the longest hole on the course, the par 5 528-yard 17th hole.

Tejedo Mulet’s round finished with a flourish after a 2-over start on the back nine. The native of Spain rallied from birdies and first and sixth holes that had her at 3-over par with birdies on the par 3 seventh, the par 4 eighths and her finishing hole, the par 5 ninth to get back to even.

The pair are six shots behind leader Hannah Darling of South Carolina, who posted an opening round 6-under 66.

LSU as a team is 11th at 9-over par on the first day. The Tigers also counted a 4-over 76 from Lauren Clark and a 5-over 77 from Elsa Svensson. It was the first college golf round for the two freshmen.

Svensson finished her front nine with one of the six eagles on the day, posting a three on the par-5 18th hole.

LSU will begin its second round on the 10th hole again at 8:05 a.m. along with Arizona and Minnesota. Live scoring from the event can be found at Golfstat.com.