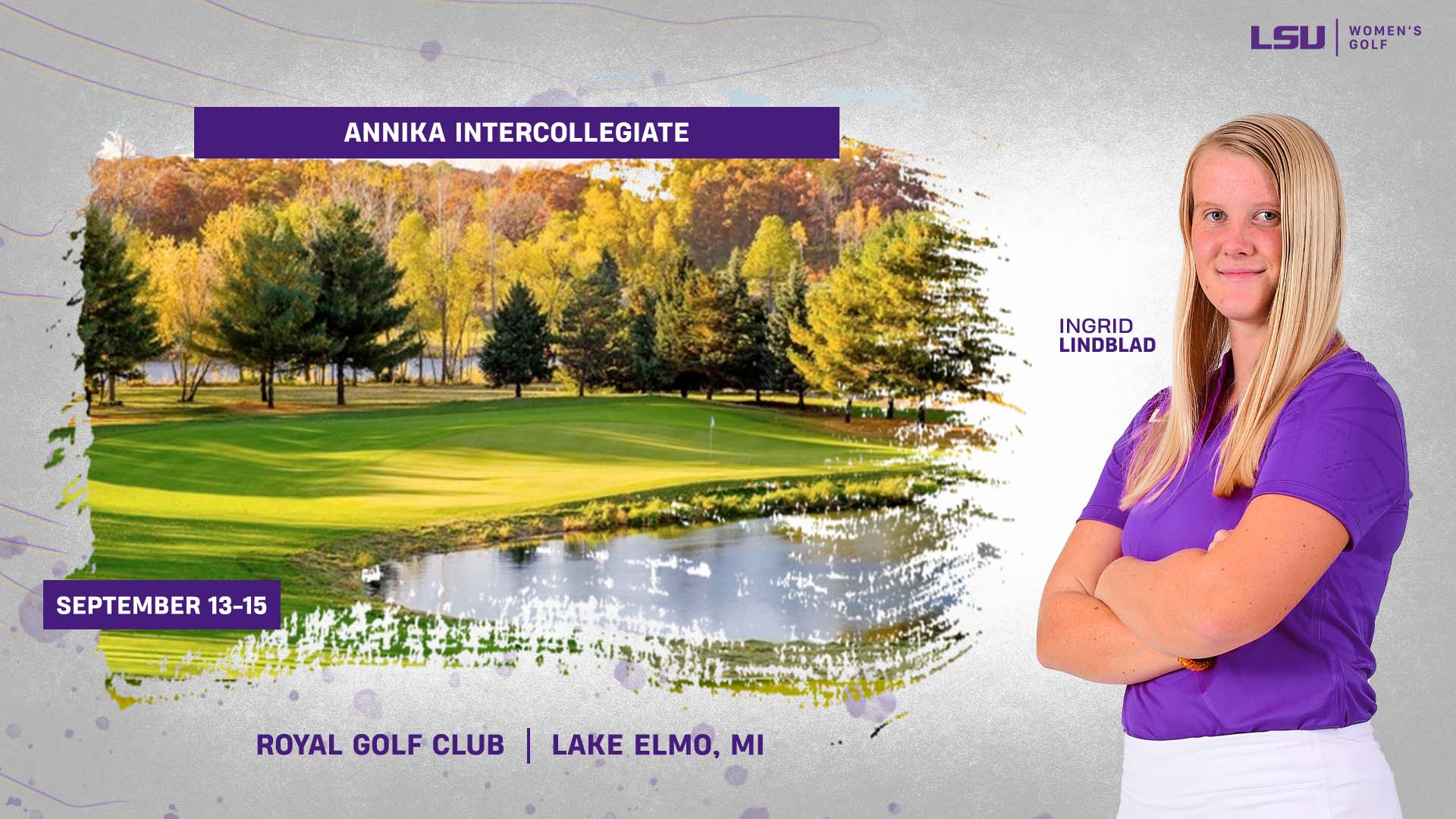 BATON ROUGE – The long journey back to Scottsdale begins in Minnesota on Monday for the LSU women’s Golf team as the No. 4 ranked Tigers take part in the prestigious ANNIKA Intercollegiate presented by 3M.

The ANNIKA Intercollegiate is a product of former LPGA star Annika Sorenstam and has been in existence since 2014.

Coach Garrett Reunion, entering his fourth season as the head coach of the women’s program, will lead the Tigers against a field that includes No. 2 Duke, No. 3 Wake Forest, No. 6 Ole Miss, No. 8 Arizona State, No. 9 Texas, No. 10 South Carolina, No. 11 Southern California, No. 13 Arizona, No. 16 UCLA along with Alabama and Minnesota.

The rankings, including LSU’s No. 4 rankings, are from the preseason poll of the Women’s Golf Coaches Association.

LSU will be making their first start in the event since finishing 11th in the 2015 ANNIKA.

The Tigers had a breakthrough season in 2021, getting back to the NCAA Championship event in Scottsdale, Arizona for the first time since 2015, LSU finished in ninth after 72 holes, one shot out of the final eight that advanced to match play.

“We are very excited to start our season off at the Annika Invitational. It’s a very prestigious event with an exclusive field that we were able to earned our invite based off our play from last season,” said Coach Runion. “Last year was a historic year for us and a lot of fun. Breaking LSU, SEC and even NCAA records is special and fun but now we start over and have to go out there and prove ourselves again. These ladies know that and are up for the task and as a coach that’s fun to see.”

LSU will have three very familiar names teeing off on Monday as well as two heralded newcomers.

Junior Ingrid Lindblad is coming off a summer in which she won the European Amateur title as well as an appearance in the AIG Women’s Open. Lindblad won two collegiate events during the 2020-21 season and finished third in the April Augusta National Women’s Amateur. Lindblad, a junior from Sweden, is third in the World Amateur Golf Rankings.

Her junior counterpart Latanna Stone, 54th in the WAGR, had four top five finishes as a sophomore and averaged 72.35 for the Tigers in 2020-21. Stone hails from Riverview, Florida and was a Golfweek and WGCA honorable mention All-America in 2021 after earning All-SEC honors.

Rounding out the lineup will be freshmen Lauren Clark and Elsa Svensson. Clark hails from Orlando, Florida and was second earlier this summer in the Florida Girls’ Junior Championship. She finished first in the 2020 Greenwood Junior Championship and ninth in the Arnold Palmer Junior Invitational.

Svensson, from Sweden, finished second in the Swedish Teen Tour Final in 2021 and won the Stockholm Amateur in 2020. She is a three-year member of the Swedish National Golf Team.

“We will be going up to Minnesota with a slightly younger team with two freshman, one sophomore, two juniors and no seniors but among these five they have a lot of experience in big time tournaments and I feel confident in this group,” said Coach Runion. “After having all summer to think about missing match play at the national championship by one shot they are definitely motivated to go up there and play great. We had a good week of practice with a lot of competition that pushed everybody. I am looking forward to seeing how the two freshman, Elsa Svensson and Lauren Clark, do in their first college event. They have been waiting a long time to tee it up wearing purple and gold and expect them to make an impact early for us this season.”

The Fall Schedule
This will be the only September start for the LSU women’s golf team but there will be three events in October.

The team will travel to the famed Medinah Country Club in Illinois Oct. 11-12 for the Illini Women’s Invitational. The Oct. 18-20 event at the Jackson T. Stephens Cup at Roland, Arkansas will feature both men’s and women’s tournaments with both stroke play and match play. All three rounds will be televised by the Golf Channel.

The fall schedule will conclude with The Ally in West Point, Mississippi at Ole Waverly Golf Club, Oct. 25-27.

Live scoring for the opening ANNIKA event will be available on Golfstat.com. LSU will tee off Monday on the 10th tee with Arizona State and Alabama beginning at 8:55 a.m. CDT.