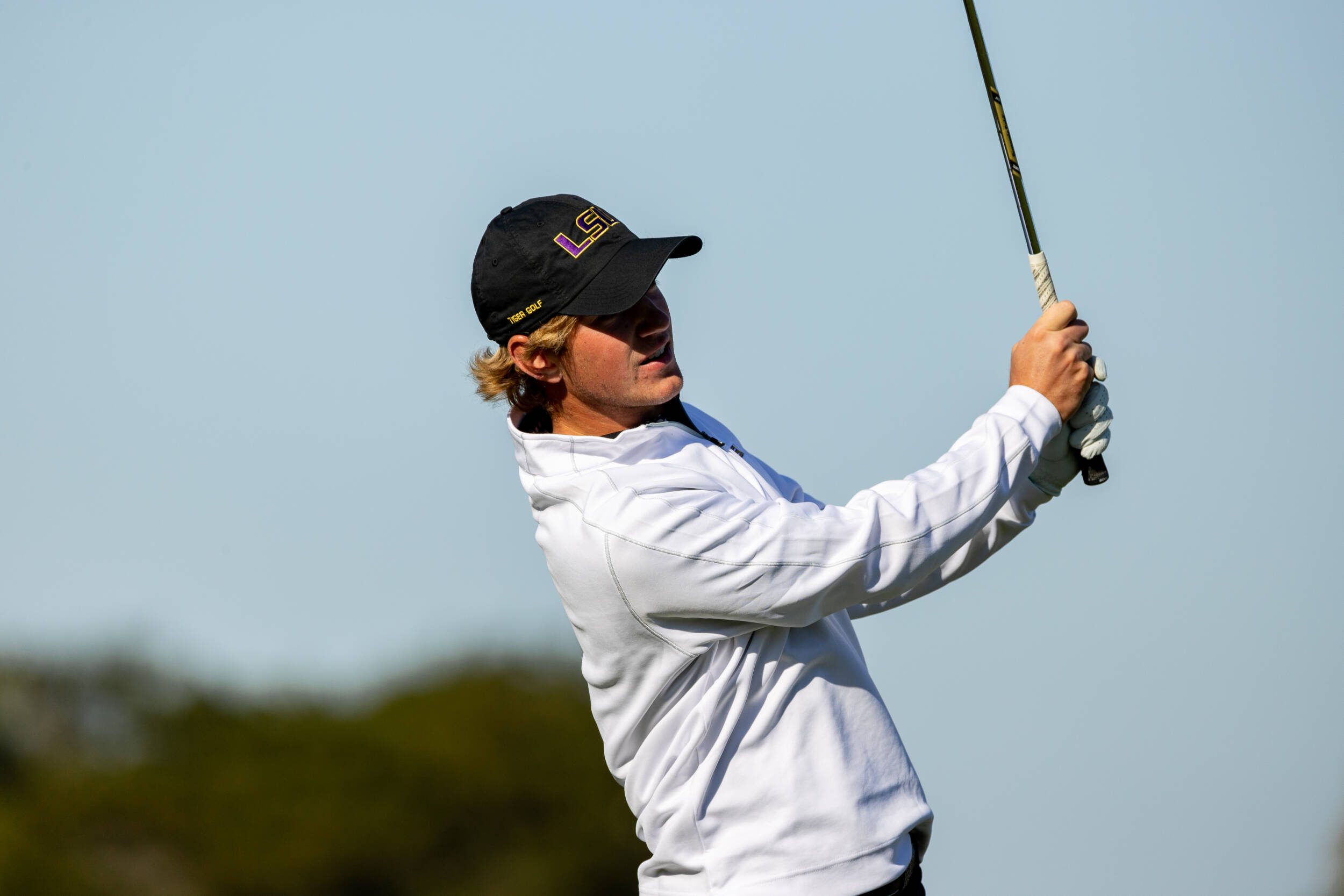 Choudrant, La. – The LSU Men’s golf team finished round one of the Jim Rivers Intercollegiate at 3-under 285 and sits tied for second place with Little Rock.

Sophomore Drew Doyle, playing as an individual, is tied for second place after shooting a 4-under 68 in the opening round of the tournament. This was Doyle’s lowest career round and he carded five birdies.

Senior Michael Sanders and Sophomore Nicholas Arcement are both tied for eighth place after they each carded a 2-under 70. Arcement started his round today with four straight birdies and ended the day with six, the most he’s ever made in a collegiate round. Sanders had a 5-birdie round.

Senior Garrett Barber was even on the day, shooting a 72, and is tied for 29th and Junior Connor Gaunt carded a 1-over 73 to be the final counting score for the Tigers. Freshman Cohen Trolio carded a 7-over 79 in the first round.

The Tigers will tee off tomorrow beginning at 11:40 a.m. CT from the first hole.