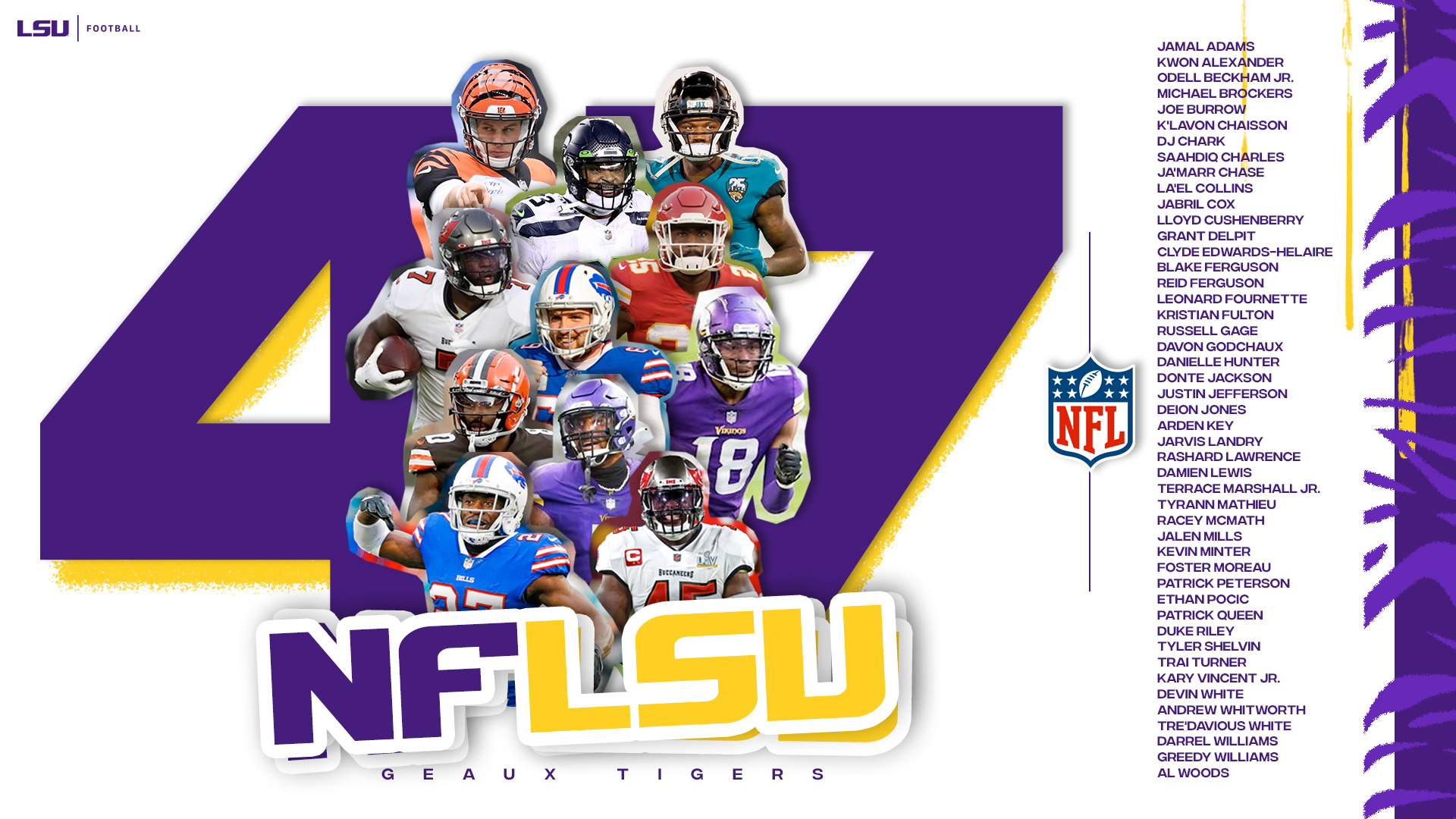 BATON ROUGE – Forty-seven former LSU Tigers, the third-most of any school in the nation, appear on active NFL rosters when the season gets underway this weekend.

In all, 58 former Tigers earned a spot in the NFL as LSU has two players on injured reserve and another nine on practice squads. The 58 former LSU players are the most on NFL rosters in one season in program history.

LSU players occupy roster spots on 26 of the 32 NFL franchises with the Cleveland Browns being the current home of the most former Tigers with five – Odell Beckham Jr., Grant Delpit, Jarvis Landry, Jacoby Phillips and Greedy Williams.

There are four LSU players in Seattle, Cincinnati, and Tampa Bay. The only franchises currently without an LSU Tiger on its roster include Houston, Green Bay, New York Giants, New York Jets, Chicago Bears and the Indianapolis Colts.

Of the 58 former LSU players in the NFL, 40 played for Ed Orgeron.