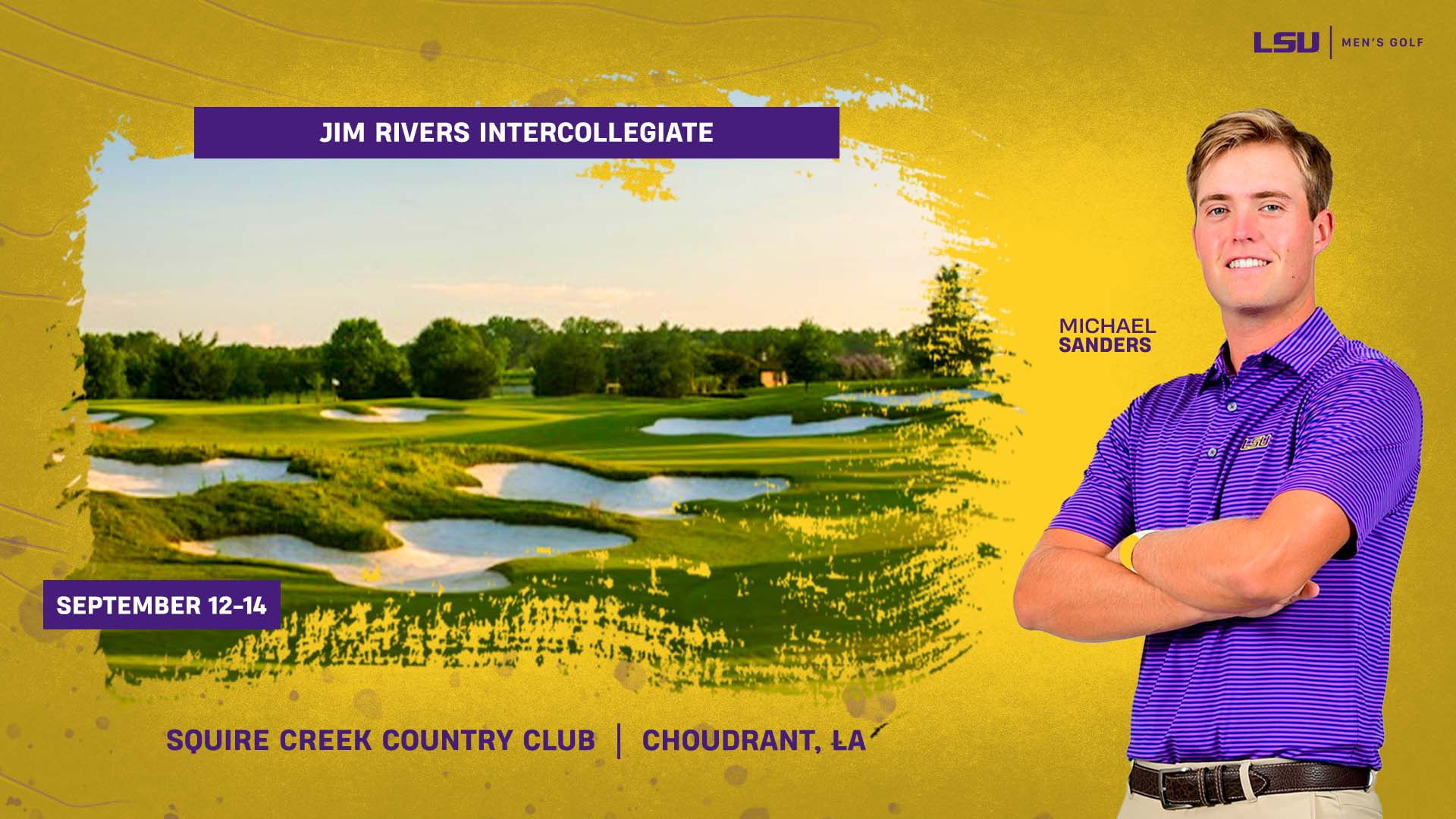 Baton Rouge, La. – The LSU Men’s Golf team is ready for fall tournament No. 2 as they head to Choudrant, La. for the Jim Rivers Intercollegiate. The three day, 54-hole tournament will begin on Sunday and conclude on Tuesday at Squire Creek Country Club.

It will be the traditional play five, count four format for the Tigers. LSU will tee off for round one of the tournament on Sunday at 11:40 a.m. CT off the tenth tee; the Tigers will be playing alongside Louisiana Tech, Houston, and Middle Tennessee. Squire Creek CC will play as a par 72 at 7,105 yards.

LSU will go with the starting lineup of senior Garrett Barber, senior Michael Sanders, sophomore Nicholas Arcement, junior Connor Gaunt, and freshman Cohen Trolio. Trey Winstead and Drew Doyle will play as individuals. Trolio goes off at 11:40 a.m. CT and will be followed in 10-minute increments by Gaunt, Arcement, Sanders and Barber.

LSU started their fall campaign strong with a second-place finish at the Turning Stone Intercollegiate, where in the second round, the team shot the second lowest round in team history at 265. Michael Sanders set the record for sixth-lowest round in LSU history—an eight under par 64—with a career high nine birdies.

This will be the second of five tournaments on the schedule for the men’s golf team this fall. Following this event, the Tigers will travel to Tennessee for the Scenic City Collegiate, then to Shoal Creek GC for SEC Match Play. LSU will close out the fall schedule at the Isleworth Collegiate Invitational in Windermere, Fla.