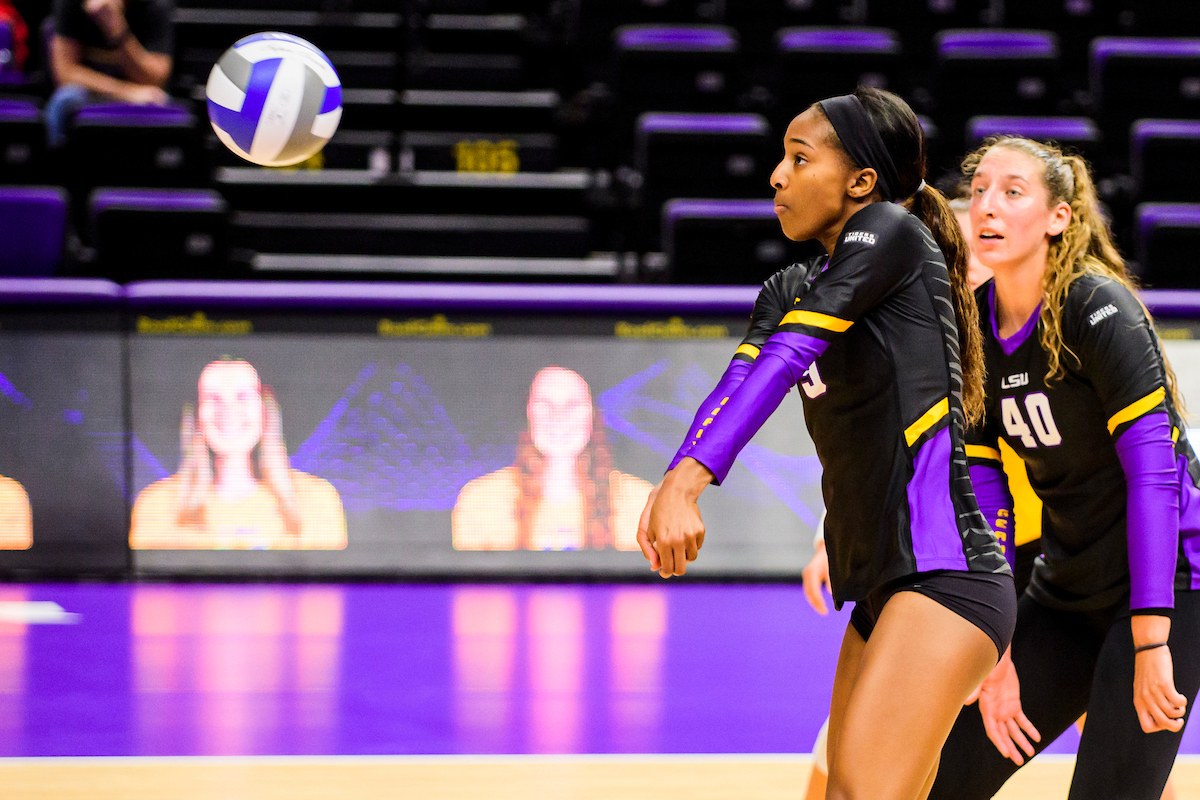 HOUSTON – The LSU Volleyball team handed Sam Houston its second loss of the season as the Tigers defeated the Bearkats, 3-1, Saturday afternoon in Tudor Fieldhouse.

After dropping the first set, 25-18, the Tigers found their rhythm halfway through the second set, never looking back. LSU went on to win the second set, 25-15, the third set, 25-20 and the fourth set, 25-13. The Tigers bounced back after being swept by Rice last night.

“We settled into who we are and what we are capable of doing,” said head coach Fran Flory. “We finally allowed ourselves to be us.”

“Ella did a really good job of moving the ball around and creating and making the right choice at the right time,” Flory said.

Whitney Foreman had 10 kills for LSU, becoming the first player since Jacqui Armer in 2017 with double-digit blocks.

Sam Houston had three players with double-digit kills, led by Ashley Lewis who had 13.

The Tigers did a great job of limiting their errors against the Bearkats, allowing the offense to run smoothly. LSU only had 7 attack errors, killing balls at a .368 rate, its highest hitting percentage of the season. LSU also played physically at the net, out-blocking Sam Houston, 15-2.

“When we’re smart offensively and hitting the right shots, we can score against anybody,” said Flory.