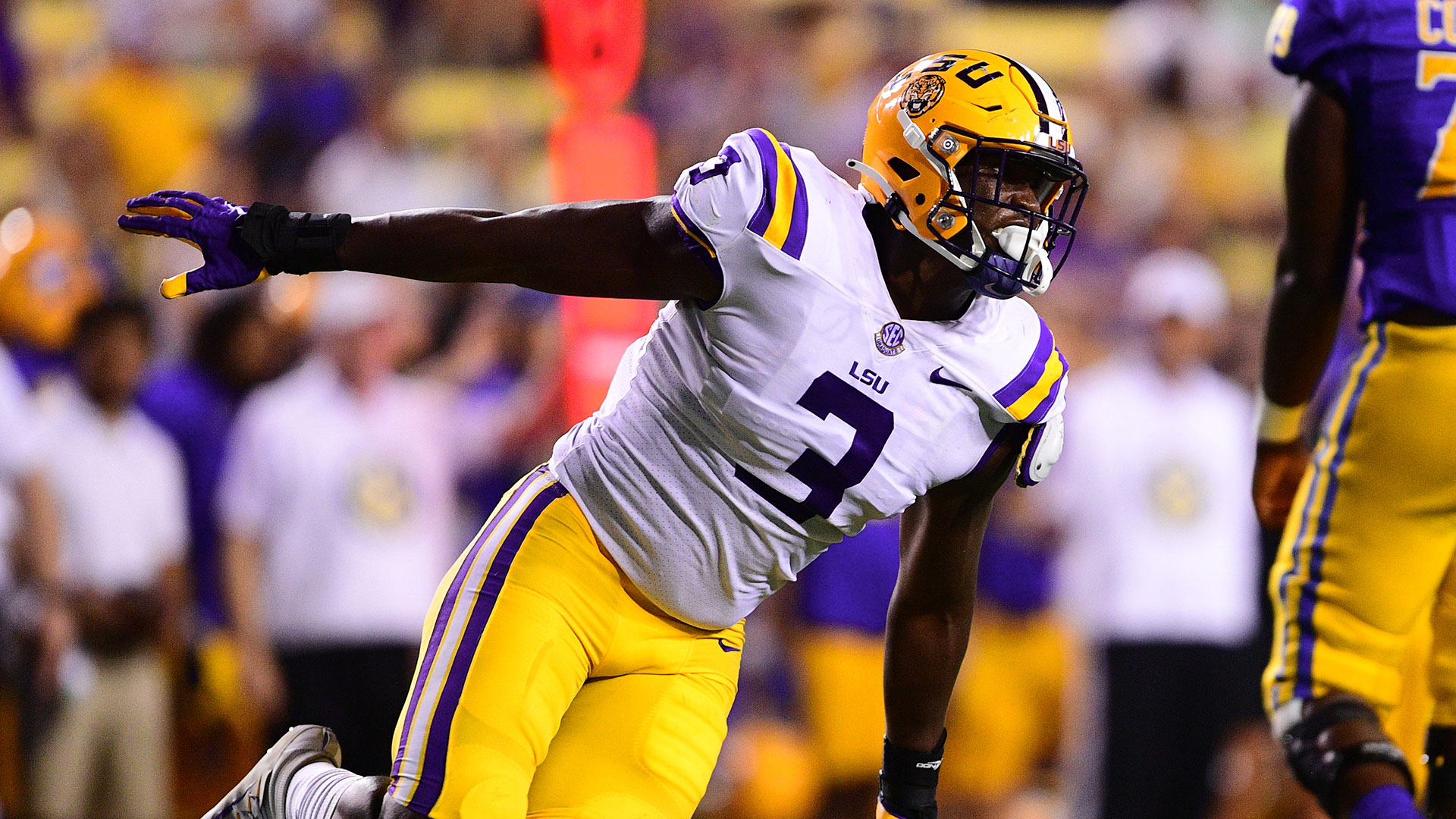 BATON ROUGE — LSU’s defense pitched a shutout until the waning minutes and Cade York twice set Tiger Stadium records, as the Tigers bounced back with a 34-7 victory over McNeese on Saturday night in Tiger Stadium.

Tickets are available now at LSUtix.net.

York, a preseason all-American, made field goals of 55 and 56 yards to twice break the Tiger Stadium record for longest field goal. The previous mark was 54 yards setup by Wade Richey against Kentucky in 1996.

Meanwhile, the Tigers’ defense allowed only 67 yards midway through the fourth quarter when McNeese (0-2) put together its only scoring drive of the contest – 79 yards in five plays – to finish the game with 142 yards of total offense.

LSU was suffocating on the defensive side, recording 16 tackles behind the line of scrimmage including eight sacks while forcing 12 punts. The sacks mark was one shy of the school record (9 in 1994 vs. Tulane) and the most since head coach Ed Orgeron‘s squad had eight against Lamar Jackson and Louisville in the 2016 Citrus Bowl.

Tigers starting quarterback sophomore Max Johnson finished 18-of-27 passing for 161 yards with three touchdowns, while freshman Garrett Nussmeier saw his first action at LSU late in the third quarter. He finished 3-of-10 passing for 19 yards.

Also seeing action for the first time was freshman running back Corey Kiner, who led LSU with 11 carries and 56 yards with a 23-yard touchdown in the fourth quarter. LSU ran for 126 yards.

Wide receiver Kayshon Boutte added two touchdown receptions to his tally and finished with five catches for 31 yards on eight targets. He has five TD’s in 2021 and has scored eight in his past 3 games. Freshman receiver Jack Bech had a game-high 57 receiving yards on four receptions.

Orgeron’s son, Cody, was the starting quarterback for McNeese (0-2). The younger Orgeron completed 10-of-20 passes for 91 yards including the 44-yard screen pass for a touchdown with 4:30 remaining in the contest. He played the entire game and took all eight sacks for minus-64 yards.

After the LSU defense forced McNeese into a three-and-out on the opening possession of the game, the Tigers drove 62 yards in 10 plays, with the march culminating in a 19-yard scoring pass from Johnson to wide receiver Trey Palmer. The catch marked Palmer’s first career TD reception.

The touchdown came on a fourth-and-2 play, marking the second fourth-down conversion of the possession for LSU. The drive was also highlighted by a 21-yard run by true freshman Armoni Goodwin, who was making his first career collegiate carry.

The Cowboys drove to the LSU 43-yard line on their next possession, but a third-down, seven-yard quarterback sack by Smith ended the threat.

Later in the first quarter, McNeese had possession on the LSU 42-yard line after a turnover on downs, but the Tigers’ defense forced another three-and-out that was followed by a Cowboys’ punt.

The Tigers recorded the first turnover of the game at the 7:44 mark of the second quarter when McNeese running back Stephon Huderson fumbled, and LSU defensive tackle Jaquelin Roy recovered at the Cowboys’ 28-yard line. Roy was also credited with forcing the fumble on the play.

LSU capitalized on the opportunity, as Johnson connected with Boutte on a 3-yard touchdown pass to cap a three-play, 28-yard drive and increase the Tigers’ lead to 14-0.

The Tigers widened the gap to 17-0 with 1:41 left in the first half, when York nailed a 55-yard field goal, the 11th 50-plus yard three-pointer of this career. The kick, which ended a 19-yard, nine-play possession, marked the longest field goal in Tiger Stadium history.

The LSU defense dominated the first half, limiting McNeese to only 53 yards of total offense.

With its defense keeping the Cowboys’ offense bottled up throughout the third quarter, LSU benefited from favorable field position and moved 49 yards in seven plays to seize a 24-0 advantage. Johnson’s six-yard scoring pass to Boutte – marking the fifth time this season the duo has combined on TD toss – capped the drive with 2:47 remaining in the period.

On the first play of the fourth quarter, York surpassed the Tiger Stadium record he set earlier in the contest, as he booted a 56-yard field goal to increase the margin to 27-0. The kick marked the second time in York’s career that he has kicked two 50+ yard field goals in one game; he also accomplished the feat versus Texas A&M in Tiger Stadium on November 30, 2019.

Kiner burst 23 yards to paydirt with 7:37 left in the contest, culminating a three-play, 50-yard march that boosted the lead to 34-0.

McNeese scored its only points of the evening with a five-play, 79-yard drive that culminated with a 44-yard screen pass from Cody Orgeron to Carlo Williams on third-and-11. The Cowboys added the PAT and trailed 34-7.