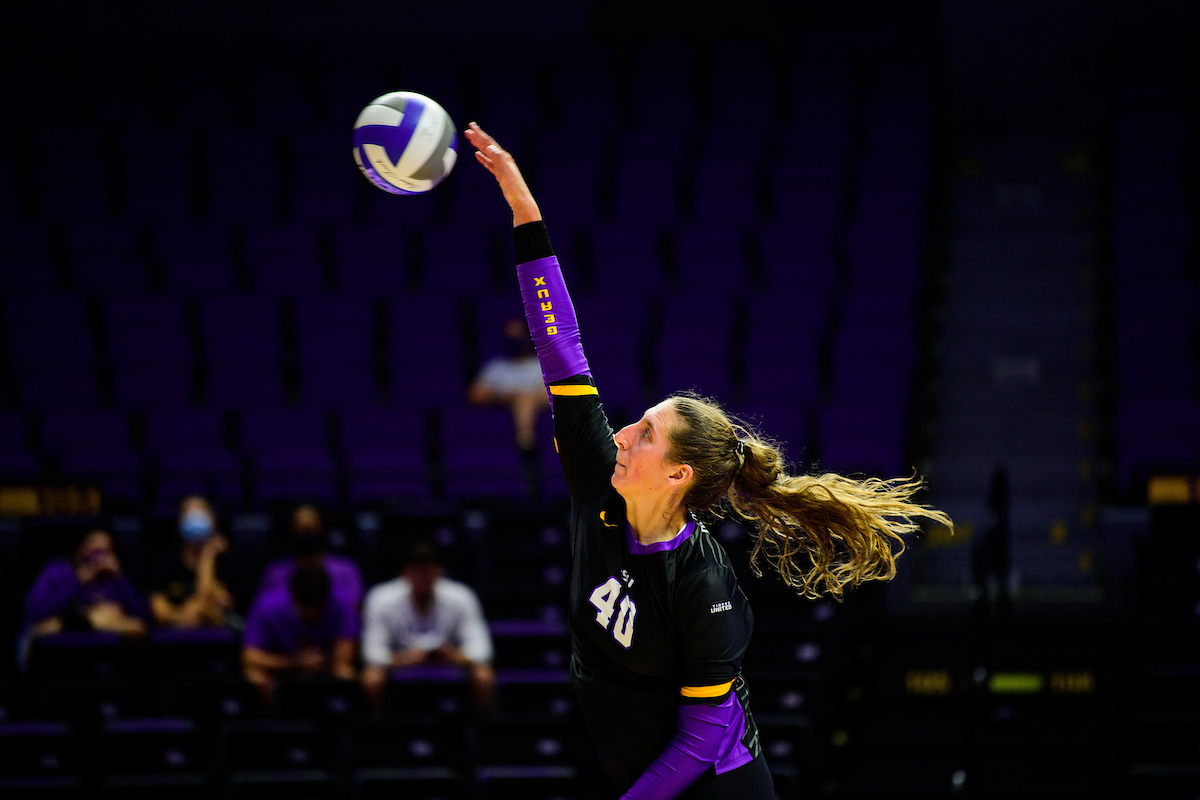 The Tigers will take on Sam Houston Saturday at 2 p.m. CT back in the Tudor Fieldhouse at the Rice Invitational.

Kylie Deberg finished with 17 kills, her fifth straight match getting double-digit kills. Ella Larkin got her third career start as the setter, recording 36 assists for the Tigers. Alle Morris finished the match with 4 blocks.

Nicole Lennon led the Owls with a game-high 18 kills, hitting .390 throughout the match. Carly Graham had a double-double with 25 assists and 13 digs.

Rice outhit LSU, .320-.202, despite recording only one more kill than the Tigers. Errors are what did the Tigers in Friday night, recording 19 attacking errors and seven service errors.

“This was a game of errors and we made more than they did,” said head coach Fran Flory. “We had as many kills, but our efficiency was not there. We did not connect well. We made too many unforced errors. That was the emphasis this week and unfortunately it didn’t carry over into play tonight.”