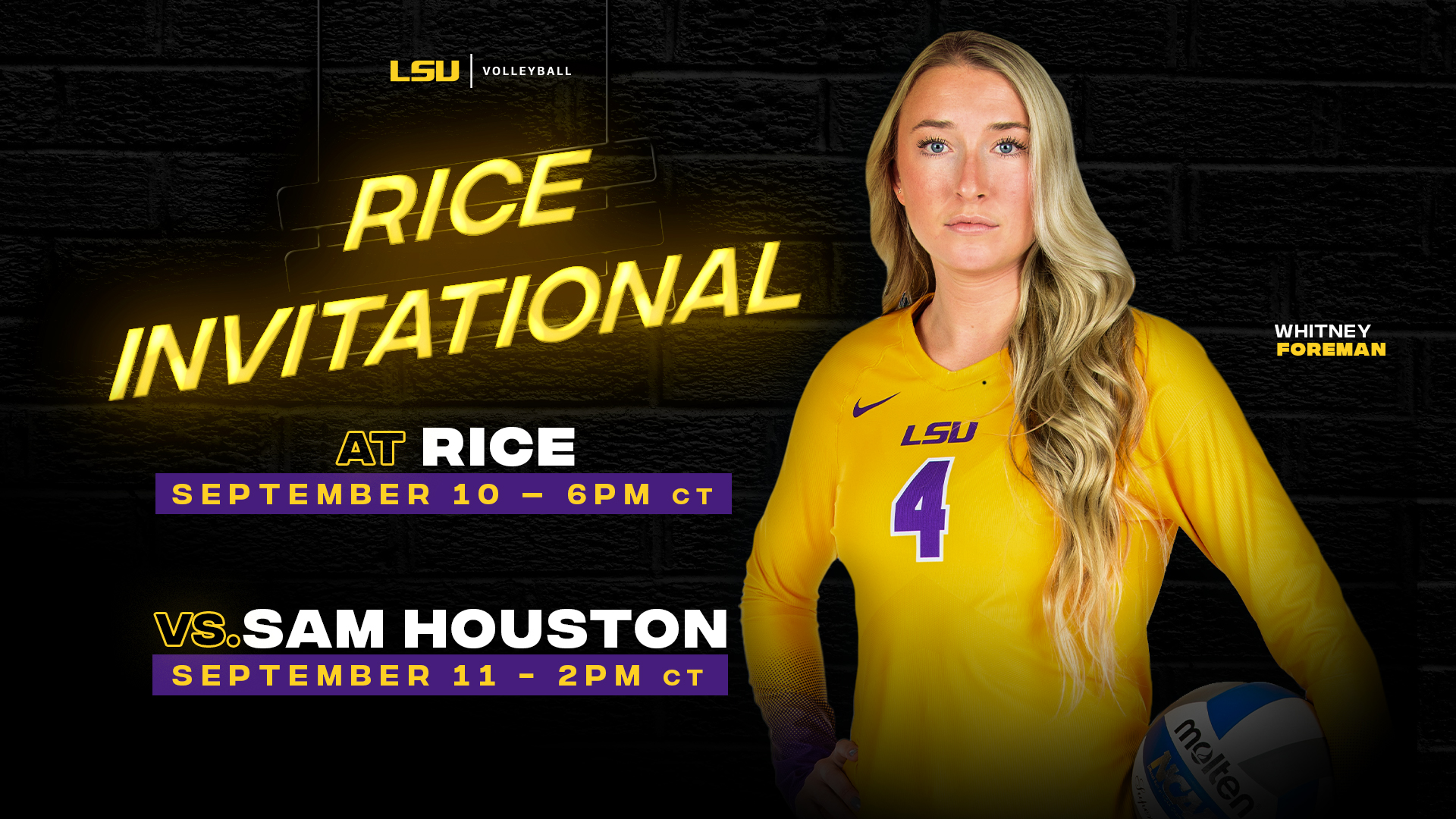 “Our team came back from last week really driven and with a new sense of urgency,’ said Head Coach Fran Flory. “We’re hungry. We’ve prepared well through the week.”

LSU is back in Houston where they spent last week after evacuating Baton Rouge for Hurricane Ida before heading to State College. The Tigers went 1-2 at the Penn State Classic.

“We have to be more accurate with our first contact,” Flory said. “That cost us some easy points last weekend. Our ball control accuracy has to increase and our shot selection has to be a little better. Those things go hand-in-hand. We have better opportunities when we’re in control of our side.”

In four of LSU’s five matches so far this season, the Tigers have won the first set, but have gone on to win the second set just once. LSU is 2-2 in matches where it wins the first set. Retaining momentum after a first-set and remaining disciplined throughout plays will be critical this weekend in Rice’s Tudor Fieldhouse.

Outside Hitter Kylie Deberg is coming off a weekend where she was named to the Penn State Classic All-Tournament team. She averaged 5.09 kills per set in Happy Valley and recorded her first double-double as an LSU Tiger. She also had six service aces last weekend. The three-time All-American seems to be picking up steam as the SEC schedule approaches.

Hannah Brister is another outside hitter who had a solid performance in State College. She had double-digit kills in each match for 3.5 kills per set. Freshman Ella Larkin earned her first career start in LSU’s second match last weekend against Oregon State as she paced the Tigers’ offense to victory and recorded her first career double-double in LSU’s 1,000th program victory. She got the start the following day and picked up another double-double.

Rice is a team who returns every player from a team that made it to the NCAA Tournament last season. Its offense is led by Nicole Lennon who receives the bulk of sets. She has 73 kills on the season, but is only hitting . 154. Anota Adekunle is the Owl’s next leading kills getter with 64 and she has killed balls at a .478 rate. Carly Graham runs the offense as the setter with 208 assists on the season.

“Rice made a great run last year and they have their entire lineup back,” said Flory. “It will certainly be a difficult match and a great match for us to play.”

Sam Houston’s Ashley Lewis and Breanne Chausse both have over 100 kills, but no other player has over 60. Chausse plays big at the net too with 24 total blocks. McKenizie Morvant leads the Bearkats with 32 total blocks. Morgan Janda is the setter with 284 sets on the year.

“Sam Houston is a team who knows how to win,” said Flory. “They are going to keep fighting. They will keep the ball off the floor and extend rallies so we will have to be disciplined and have great ball control all weekend.”