Todd Harris Jr. is a national champion, a fifth-year senior and a seasoned veteran in LSU’s loaded secondary, but he’s especially focused on creating a new title for himself this season: a leader. 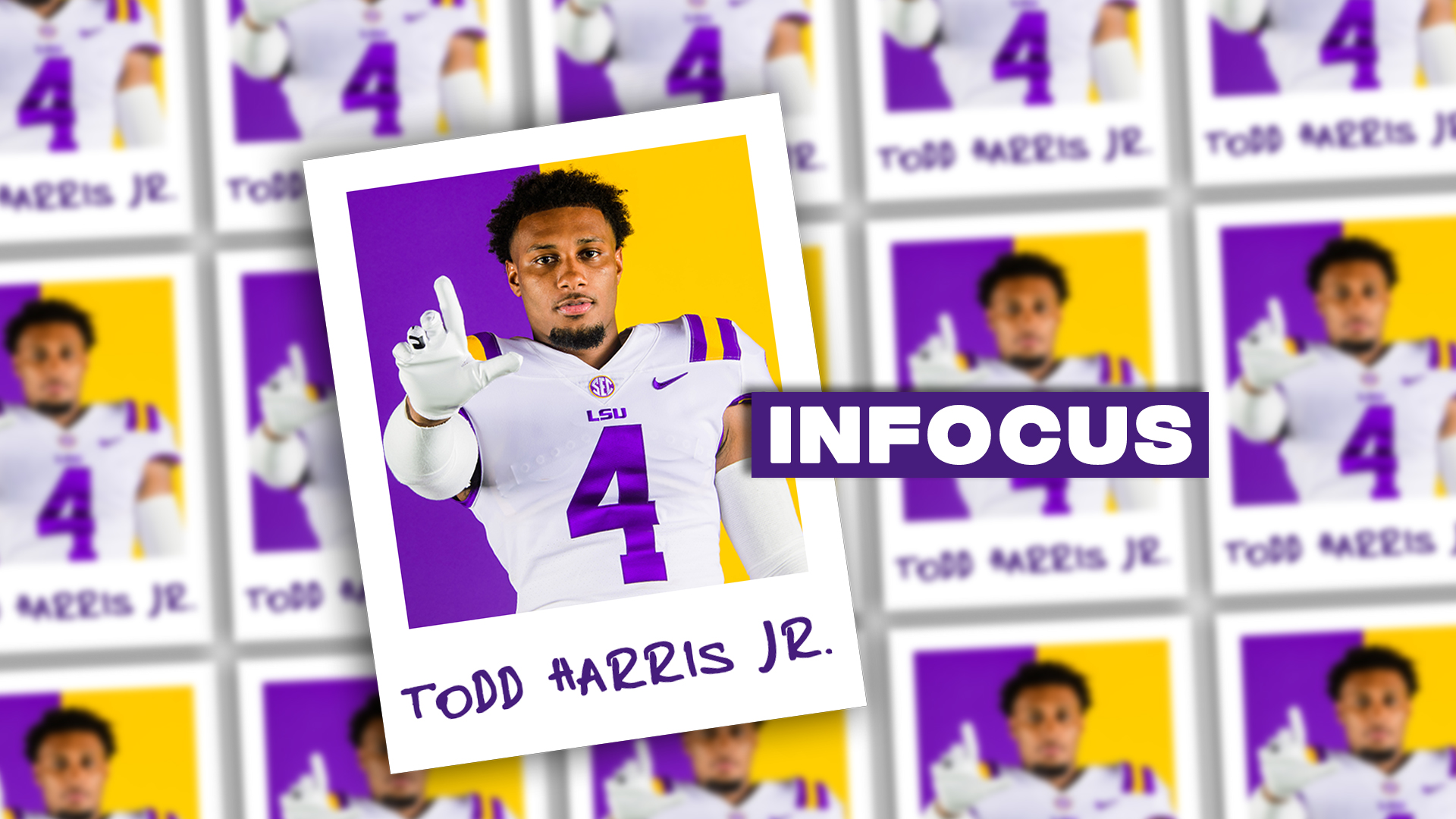 Todd Harris Jr. is a national champion, a fifth-year senior and a seasoned veteran in LSU’s loaded secondary, but he’s especially focused on creating a new title for himself this season:  a leader.

Stepping on campus as a freshman in 2017, then fifth-year senior safety John Battle took Harris under his wing and showed him the ropes, and now Harris feels it’s his time to pay it forward.

“The role that I’ve taken on is trying to get (the freshmen) ready as soon as possible,” said Harris. “I was a freshman at one time. I had John Battle take me under his wing and teach me the game a little bit, so I’m just trying to do the same for them, to make sure they’re ready to play when I leave.”

This offseason, the secondary became a close-knit unit that met often to remain on the same page, Harris says, spending valuable time together ahead of the 2021 season under new defensive coordinator Daronte Jones. With a young corps of defensive backs, and some incoming freshmen, Harris is anxious to get the underclassmen acclimated as quickly as possible.

While Harris was a member of the 2019 national championship team, he viewed LSU’s historic season from a different perspective than he thought he would. The 5-foot-11, 195-pound safety suffered a torn ACL against Northwestern State in the third contest of the season, sidelining him for the remainder of the year.

That’s been at the forefront of Harris’ mind through his recovery, and into his final year with the Tigers. He’s hungry to win another title, but this time he wants to be a contributor for all 15 games. And while the journey has tested him to the core, all his goals remain in front of him, something that drives him to keep going.

“My journey has been longer than expected,” Harris admitted. “It’s God’s timing and I’m going to stick to it. The end goal for me is to win another championship. I want to be able to contribute and actually play in a championship game with my teammates. It will all be worth it.”

In his return to the field in 2020, Harris recorded 30 tackles and two interceptions. That return was a prolonged process, but Harris says he feels as close to full strength and full speed in 2021 as he’s ever been. He’s focused on creating the legacy he wants for himself before he leaves, and that started in August when he earned his degree inside the Pete Maravich Assembly Center.

Congrats @ToddHarris_6 💜💛
I’m very proud of you!
You have always been a humble, hard working, genuine young man, and a reflection of your wonderful loving parents, who I know you’ve made proud. @PlaquemineHigh @msa_w pic.twitter.com/8lnY2oUq2a

“I feel like I’ve worked my way up to the level I was at (prior to injury),” Harris said. “I wouldn’t say I am that same guy before the injury, but I’m still capable of doing those things; it just takes a little bit more determination.”

The Tigers’ defense expects to return to its standard of performance in 2021, spearheaded by an attack-style, fast defensive line, a talented secondary led by Derek Stingley Jr. and Eli Ricks, and veteran linebackers up the middle and on the outside. Everyone can play a role.

“I feel like the defense this year will be way better,” Harris said. “It’s simple, it’s easy. The guys can relate to it. We can play fast and make plays. We can get a lot of different guys involved.”

One word has circulated around the LSU program more than any this offseason:  communication. First-year offensive coordinator Jake Peetz and Jones are both playing an important role in increased communication between the players and the coaches, but veterans like Harris are, too. They realize that in order to make plays on the field, you have to be connected off it.

In fact, Harris has noticed a tremendous buy-in to Jones’ plan from the players. They lean on Jones for guidance, and feel a lot of success is coming for the Tigers’ defense in the future under his leadership.

“The secondary has become much closer,” said Harris. “We meet to discuss certain calls and how we can communicate. As a whole defensive unit, we’re spending more time together, getting to know each other better compared to last season.”