Colorado native Alesia Garcia came to LSU to not only compete at another level, but to become the best version of herself on and off the field. 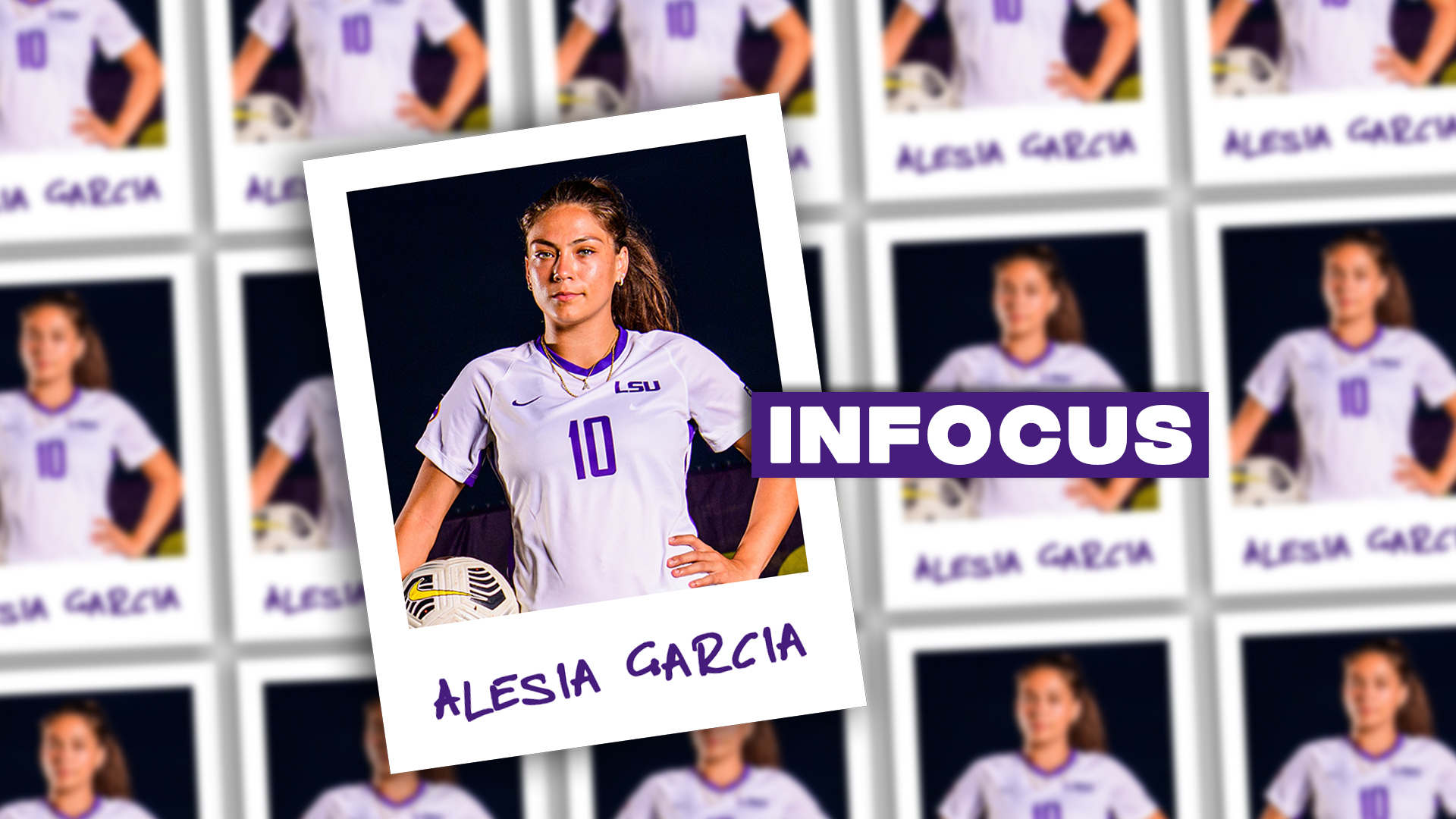 Colorado native Alesia Garcia came to LSU to not only compete at another level, but to become the best version of herself on and off the field.

Garcia previously played at the University of New Mexico, where she contributed to its successful 2020-21 season. The Lobos finished as the Mountain West Champions with a 11-2-0 record. She also helped New Mexico advance to the second round of the 2020 NCAA Tournament, as she scored three goals over the span of two games.

Garcia finished her time at New Mexico with a total of 20 goals and eight assists, playing in 56 games and earning 36 starts.

Although she enjoyed her time in New Mexico, it was too comfortable. She was ready to take it up a notch, and she knew that LSU was the place to do that.

“I came to LSU because I wanted a challenge,” Garcia said. “I wanted to exceed my expectations as a player.”

“I knew of her when she coached in Colorado,” Garcia said. “She coached one of our practice sessions and was around our team every now and then. “She knew me as a player before I came here.”

Coach Hudson knew the potential Garcia had as a player and the impact she could have on the program.

“She’s a natural finisher with tremendous instincts in and around the box. When you put those traits together, you have yourself a player that can do the hardest thing in our game – score goals,” Hudson said.

Garcia joined the Tigers in June of 2021 and is already contributing to the team’s success.

The forward scored her first hat trick – three goals in one game – in the purple and gold against Sam Houston on August 22, where she and teammate Tinaya Alexander became the first duo in LSU history to record hat tricks in the same match.

It was not long before she formed a bond with her new teammates. She explained how well the team gets along and how there is never a dull moment.

“There are many different personalities within the team, and they just click together to make one big family,” Garcia said. “It’s really fun to be a part of.”

When asked what the team’s goals were for the 2021 season, Garcia said “we want our games to be a clean sheet.” She explained that she and her team take it one game at a time and really focus on what they can do each day to better themselves.

“Achieving small goals such as being good at practice defensively one session and attacking the next session helps us to achieve the bigger goal of going to the SEC Tournament and even farther down the line toward the NCAA Tournament,” said Garcia.

This mentality is what helps the Tigers win big games, like the team’s recent run of success. They’ve won ten straight regular season games to set the school record, and three of those 10 wins have been against Top 25 opponents (No. 15 USF, No. 19 UCF, No. 21 Arizona State).

Coming from the Mountain West to the SEC, Garcia had to learn a different style of play. “The SEC is a different style of athleticism and soccer in general,” she said. “Coming to this conference will step up my game that much more, not only in games, but also in practice.”

Despite the challenges of coming to play in one of the top conferences in the country, Garcia continues to prove herself as a player. She approached this season with a different mindset, accepting the differences she’ll face and understanding what she needs to be successful in the SEC.

So far, so good. She’s shown a prowess to put the ball in the net as her five goals rank second on the LSU squad. She registered a brace in LSU’s 5-2 win over No. 21 Arizona State on Sept. 5.

Garcia’s main goal this season is to be the best version of herself. “There’s that challenge of coming to the SEC and seeing what I can do as a player,” she said, but she continues to attack every practice and every game.

In just her first six games with the Tigers, the senior has collected five goals, two assists and 287 minutes played with many minutes left to geaux this season.