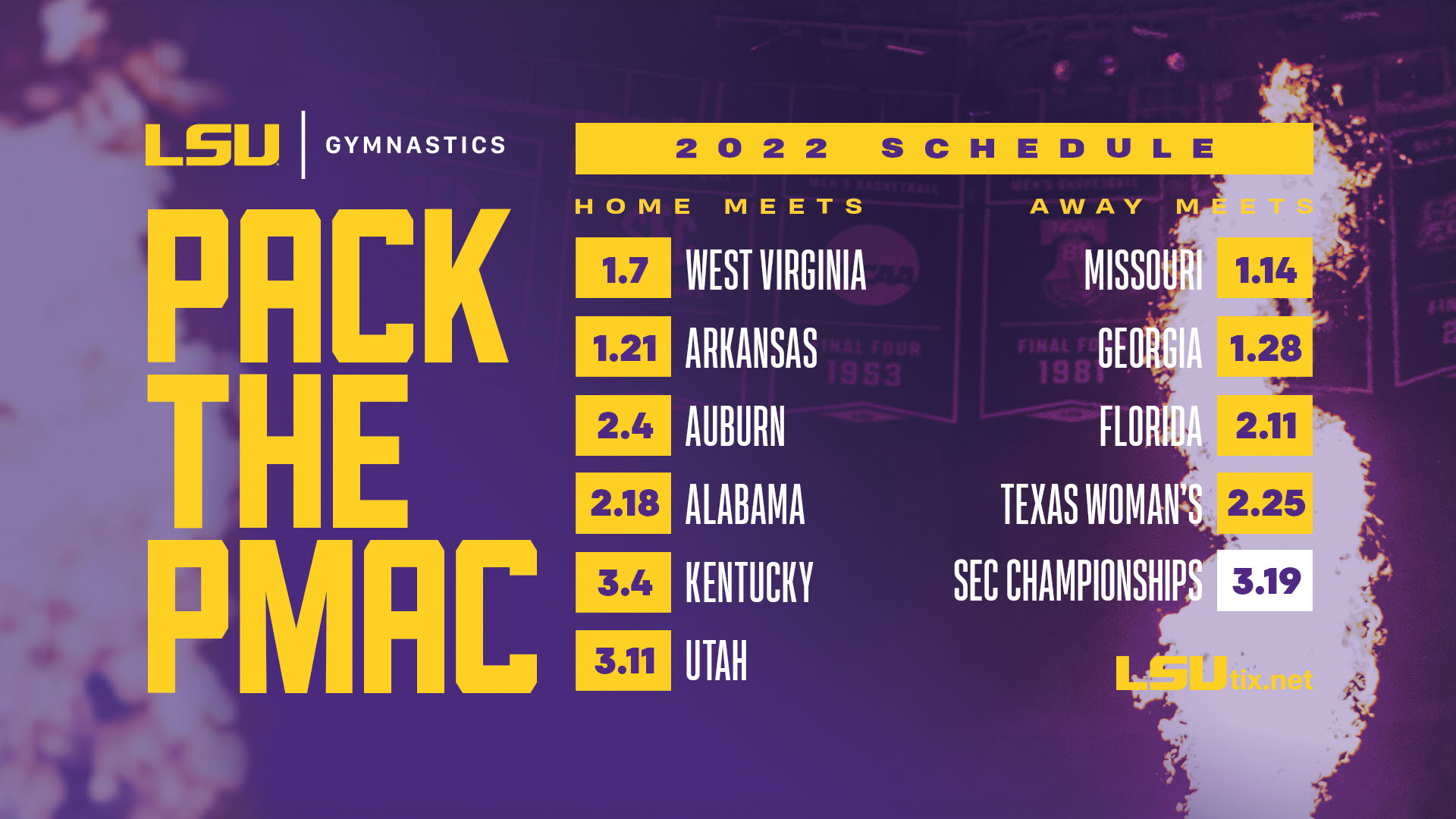 The schedule boasts nine teams that qualified for NCAA postseason competition and two teams that advanced to the NCAA Championship Finals in 2021.

“This is a really exciting schedule and especially intriguing home schedule from start to finish,” Clark said. “After only getting a couple thousand last year in the PMAC last year I know our fans are chomping at the bit to get back in and pack the place out. The environment in our home arena is unmatched, and I know our team is excited to see it at capacity again.”

The Fighting Tigers open the season at home against West Virginia on Jan. 7. LSU will also host SEC rivals Arkansas, Auburn, Alabama and Kentucky in Baton Rouge. The team will travel to face Missouri, Georgia, Florida and Texas Woman’s.

One of the most anticipated meets of the season will come on March 11 when Utah travels to Baton Rouge. The 2022 meet is part of a home and home agreement with the Tigers traveling to Salt Lake City in 2023.

The Tigers will compete for their fourth SEC Championship in five seasons on March 19 at Legacy Arena in Birmingham, Ala. LSU will also compete for its 32nd berth in NCAA Championships March 31-April 2 at either Kentucky, NC State, Auburn or Washington.

NCAA Championships will take place April 15-16 at Dickies Arena in Fort Worth, Texas.

The date for Gym 101, which traditionally takes place in December, along with meet times and television info will be announced later this fall.

The 2022 season ticket request list is available at www.LSUTIX.net  The list is free to join and fans on the list will receive first opportunity to purchase season tickets for the 2022 season before tickets go on sale to the public.