Soccer Moves Up To No. 7 In The Nation 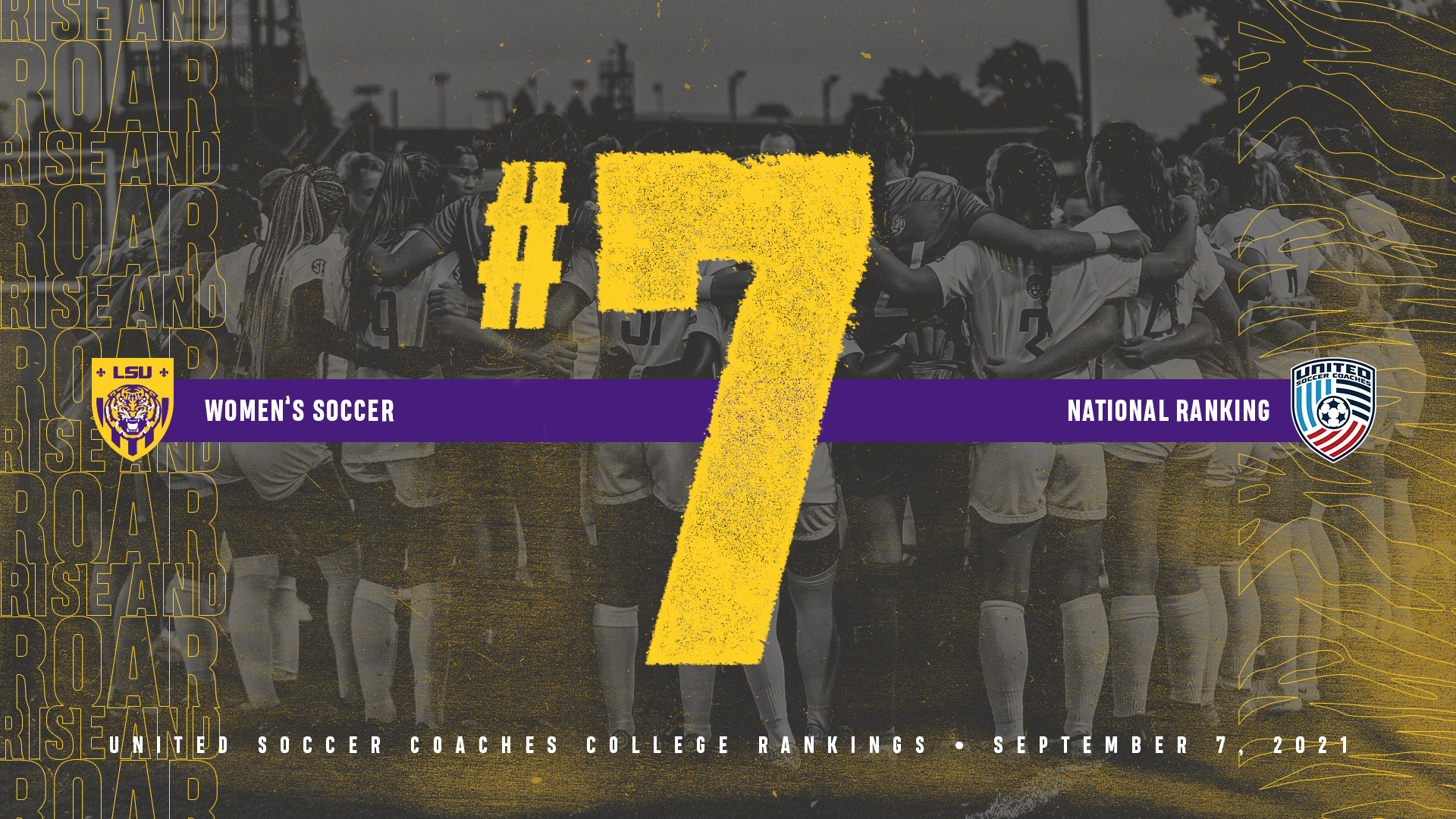 Baton Rouge, La. – Six straight wins to start the season has the LSU soccer team up to No. 7 in the United Soccer Coaches Top 25 Poll in the latest rankings that were released Tuesday afternoon.

LSU has been on an absolute tear thus far into the season with three ranked wins. They’ve beaten No. 15 USF, No. 19 UCF, and No. 21 Arizona State, all three of which came on the road, and have additional wins versus Southern Miss, Sam Houston, and Arizona. The Tigers are outscoring their opponents 21 to 4 through the first six games of the regular season as well.

This is LSU’s highest official ranking ever in program history; the previous best ranking was No. 10 back in 2009. The No. 7 ranking also makes LSU the highest rated SEC team in the country as of now. Other SEC schools in the rankings are No. 10 Auburn, No. 12 South Carolina, and No. 19 Tennessee.

LSU’s offensive attack has been spread out aplenty as 10 players have combined to score those 21 goals. In net, Mollee Swift has only allowed three goals in in 476 minutes of playing time for a GAA of 0.57.

LSU closes out a five game road swing on Thursday night as the travel to Lafayette to take on UL-Lafayette. First kick for that match is set for 7 p.m. CT.

A complete list of Top 25 ranked teams can be viewed at unitedsoccercoaches.org.