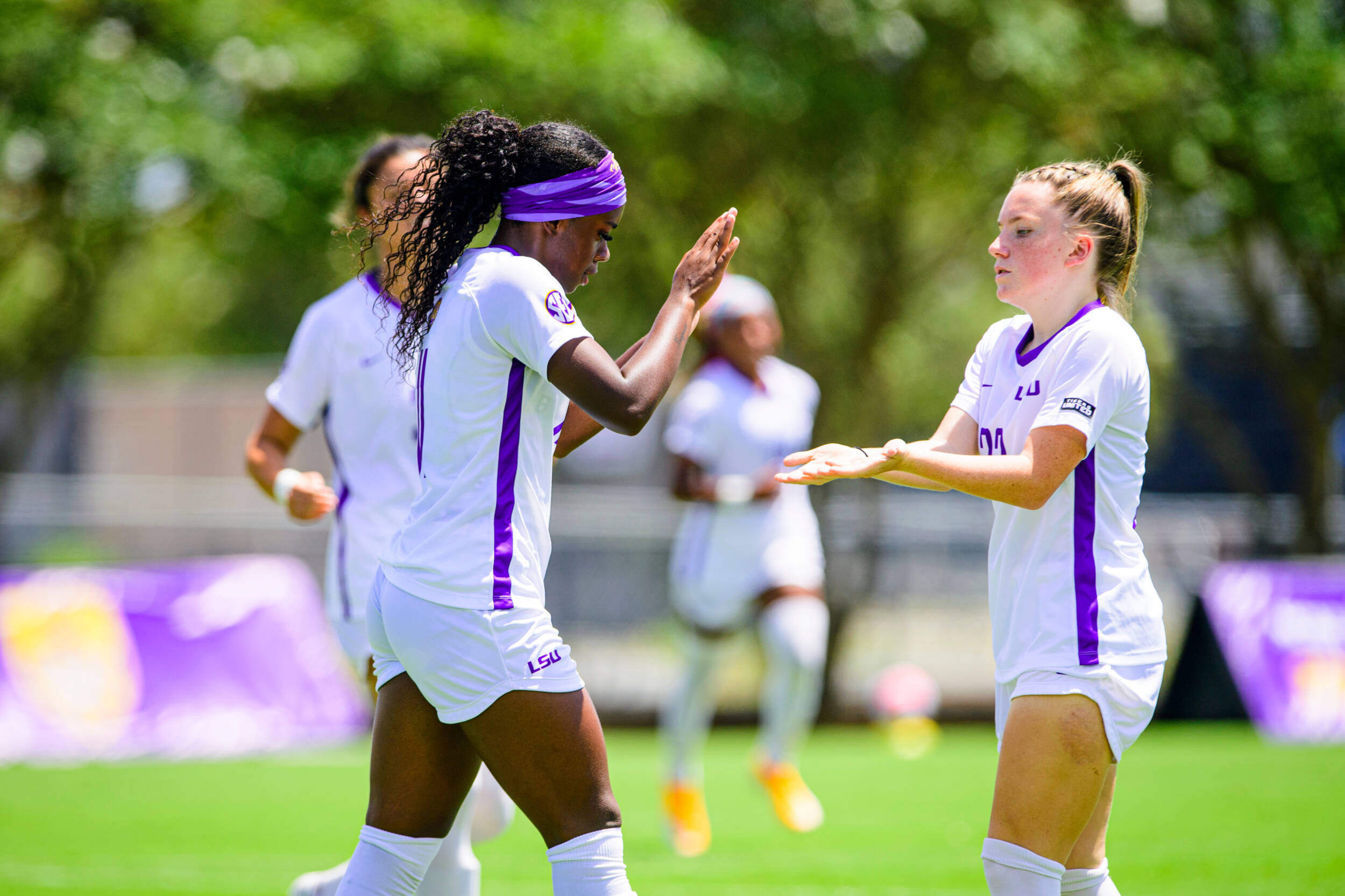 Orlando, Fla. – The LSU Soccer team (4-0-0) ended its road weekend with a 2-0 shutout over the No. 19 UCF Knights (2-1-0) on Sunday afternoon at the UCF Soccer Complex. The Tigers scored their first goal in the 22nd minute with forward Molly Thompson finding herself in the right place at the right time to tap the ball into an open net. The lead was extended to 2-0 in the 49th minute as forward Tinaya Alexander cut inside the box and curled a 12-yard shot into the left corner.

“Absolutely thrilled (on the weekend). Great team performance today,” head coach Sian Hudson said after the match. “Every single player played a role in the win. We are using a lot of players this season and our depth is showing off – it’s a difference maker for us.

“It was a great way for Molly Thompson to get on the scoresheet for us this season; she’s a warrior inside the 18 for us. And then it was just another quality finish by Tinaya with her left foot to really seal the deal for us.”

The Tigers came out strong to begin the game and pressured the Knights’ defense from the first minute. The first shot on target came in the sixth minute as midfielder Athena Kuehn latched onto a pass and carried the ball into the box before sending a shot on frame that was saved by UCF goalkeeper Caroline DeLisle. DeLisle was once again called into action in the 15th minute, saving Alexander’s effort on goal.

LSU goalkeeper Mollee Swift’s lone save in the first half came in the 20th minute as she stopped a tame effort down the middle by Kirsten Scott.

The breakthrough came in the 22nd minute. Alexander beat her defender on the edge of the box and sent a shot towards goal that was deflected by a UCF defender. Thompson attacked the loose ball, and the Houma, Louisiana native pounced to put the ball into the back of the net and get her first goal of the season. For Alexander, the assist was her second of the season and 18th of her collegiate career, bringing her to seventh on the all-time LSU assist table. It was Thompson’s 11th goal of her career.

LSU tested DeLisle two more times in the first half as she denied forward Taylor Dobles in the 41st minute and then collected a powerful headed effort by forward Alesia Garcia in the 42nd minute to keep LSU’s lead at 1-0 at the end of the half.

Swift registered her second save of the afternoon to start the second half in the 47th minute as she parried away a shot from Mallory Olsson with a diving effort.

LSU maintained control of the match throughout the rest of the second half, limiting the Knights to few chances with little quality. DeLisle registered three more saves in the second half, denying the Tigers in the 65th, 72nd, and 86th minutes to finish the match with eight saves.

Swift directed her defense well and did not face a shot on target after the 47th minute, finishing the match with two saves and picking up her first 90-minute clean sheet of the season.

LSU outshot UCF by a margin of 16 shots to 10, with the Tigers registering 10 shots on target compared to the Knights’ two. With the win, Coach Hudson’s record versus Top 25 opponents as head coach of LSU now sits at 3-3.

The Tigers will travel to Tempe, Arizona to take on the Arizona Wildcats in a neutral site match at 3 p.m. CT on Thursday, September 2nd. The Tigers will play Arizona State on Sunday.