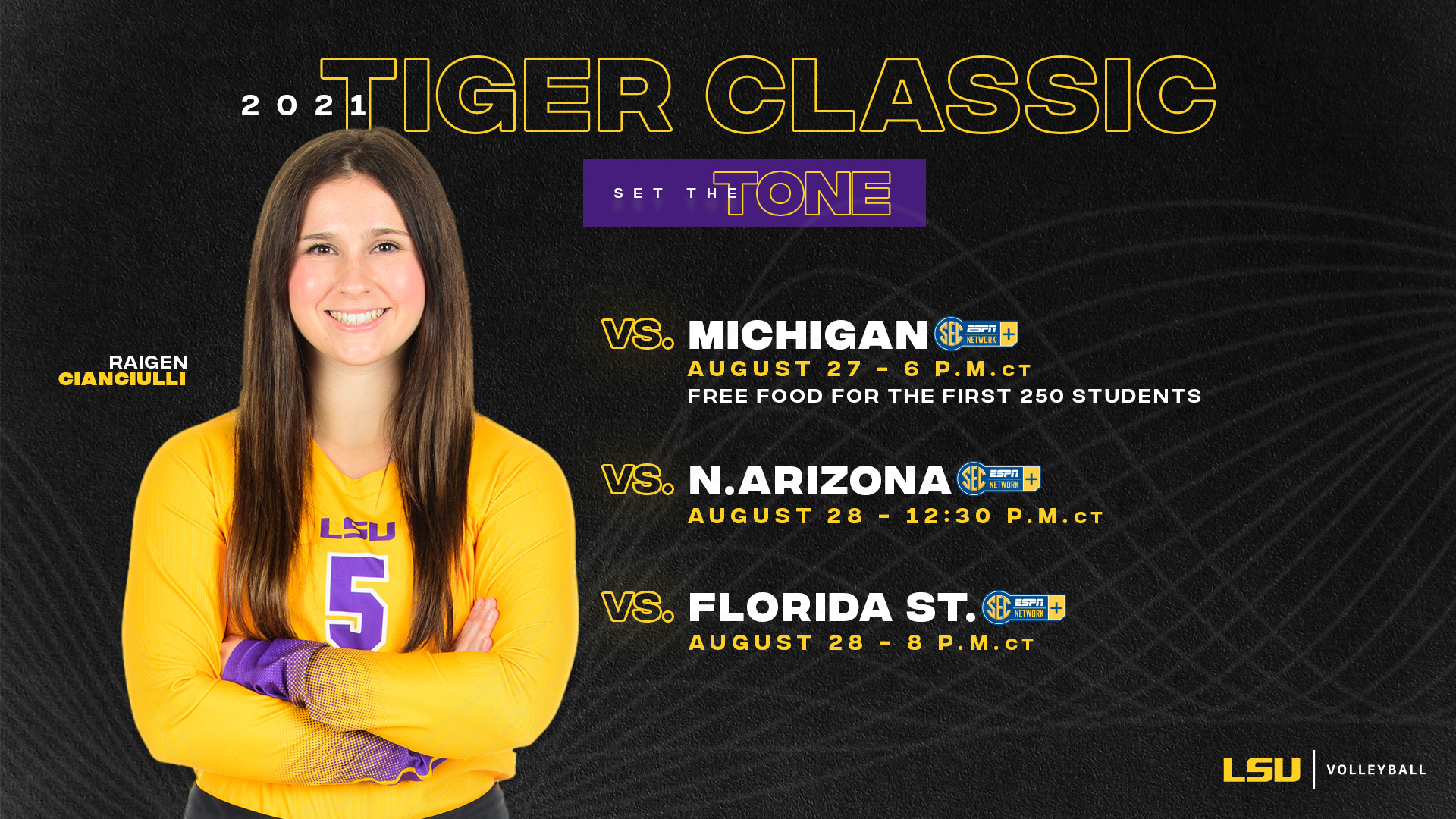 BATON ROUGE – The LSU Volleyball team will open its season this weekend hosting the Tiger Classic against Michigan, Northern Arizona and Florida, beginning against the Wolverines on Friday in the PMAC at 6 p.m. CT.

Because of the uncertainty surrounding Tropical Storm Ida, the two matches originally scheduled for Sunday have been moved to Saturday.

There will be six matches throughout the course of the weekend and the PMAC will open one hour prior to the first match each day. Fans going to the games will be able to enter at any of the top entrances around the PMAC and will be required to wear masks. LSU Volleyball matches are free to attend and the entire PMAC will be open for fans to sit wherever they choose.

LSU has one of its most talented and dynamic rosters in recent memory. Last season Kylie Deberg and Taylor Bannister were No. 1 and No. 2, respectively, in kills, points, kills per set and points per set in the SEC. Deberg, a three-time All-American, is a graduate transfer from Missouri and Bannister is LSU’s second leading kill getter in program history.

Behind the one-two punch of Bannister and Deberg, the Tigers feature outside hitters Hannah Brister who had the second most kills per set on the team last year and Sanaa Dotson, a transfer from Oklahoma who had 13 double-digit kill matches for the Sooners last season. It will be important for the Tigers’ defense to control the ball to transition to offense. Setter Karli Rose will be critical in allowing LSU’s offense to flourish.

LSU will open its season Friday night against Michigan, a team who was tabbed No. 8 in the Big 10 Preseason Coaches Poll. The Wolverines return every player from last year’s team that went 4-9, including All-American Paige Jones who led Michigan with 179 kills last season and was No. 2 on the team with 123 digs.

On Saturday LSU will square off against Northern Arizona in the Lumberjack’s first ever trip to Baton Rouge. NAU is led by outside hitter Taylor Jacobsen who was named the All-Big Sky First Team in the spring. The Lumberjacks return 12 players from last year’s team that went 10-6 and reached the Big Sky Tournament Semifinals.

LSU will face Florida State in the final match of the Tiger Classic Saturday evening. The Seminoles were picked to finish No. 5 in the ACC by the league’s coaches. The feature Emma Clothier who led the SEC last season with a .483 hitting percentage. Clothier along with Morgan Chacon were named to the All-ACC Team a in the spring. Nearly half of Florida State’s roster are freshmen.