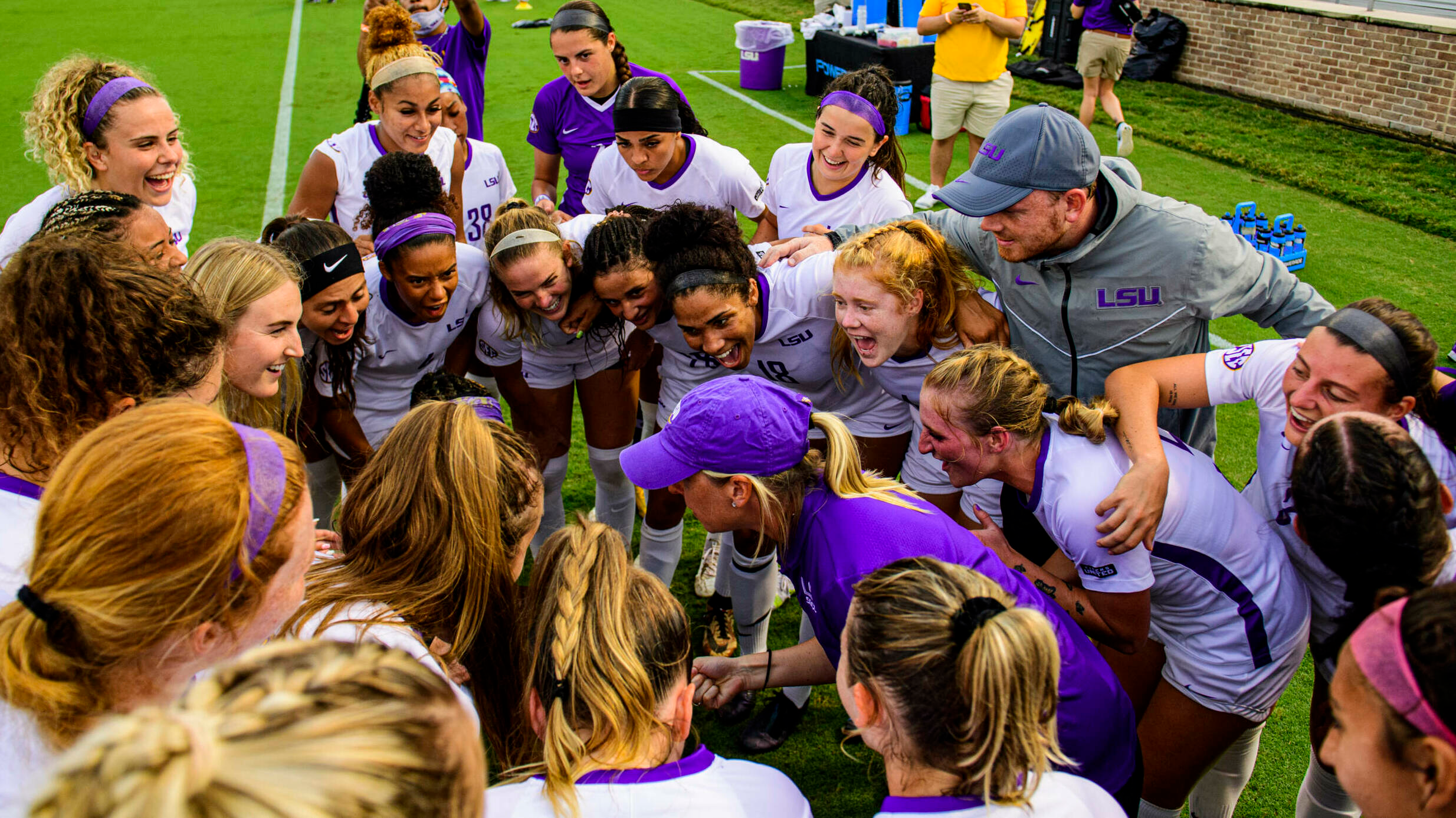 Baton Rouge, La. – Fresh off its first win of the season, the LSU soccer team (1-0-0) will host the Sam Houston Bearkats (0-1-0) on Sunday afternoon at LSU Soccer Stadium with first kick for the match scheduled at 1 p.m. CT.

The LSU soccer program is pleased to announce that they will be hosting a free clinic for kids aged 12 and under following the conclusion of Sunday’s match against Sam Houston. Please visit lsusports.net to register for the free camp following the game.

This will be the second game in series history between the two programs. LSU won the lone contest between the two schools back in 2006 with a 6-0 win at home. Sam Houston comes to Baton Rouge with a record of 0-1-0 after losing to Rice on Thursday night by a score of 4-0.

LSU cashed in a late corner kick opportunity in the 85th minute of play when Wasila Diwura-Soale put a loose ball inside the six into the back of the net to give LSU the 2-1 lead. Jordan Johnson scored the first goal of the 2021 season for the Tigers in the 45th minute to give the Tigers a 1-0 lead at the half. It was the first career goals for both Diwura-Soale and Johnson in an LSU uniform.

LSU’s win on Thursday night against Southern Miss served as the 137th home win in program history. The Tigers hold an all-time record of 137-84-31 in Baton Rouge, and 17 of the 26 seasons in program history have seen LSU boast a winning record at home. The Tigers are looking to register a winning record at home for the first time since 2018 this year. A growing crowd of 730 fans showed up for LSU’s home opener against Southern Miss; LSU improved to 13-3-0 at home in season openers with the win Thursday night.

Tigers On A Roll

The Tigers have been on a roll as they’ve won nine of their past 12 games only dropping two contests in that span, which ranges back to the 2020 SEC Tournament. Each year features a new team, but without a doubt LSU’s strong finish in the spring season of 2021 has carried over and boosted confidence for a squad that knows they can compete at a high level now. The Tigers returned a large majority of their points from the 2020-21 season to this year’s squad, and they have added several key transfers that will play big minutes this fall.