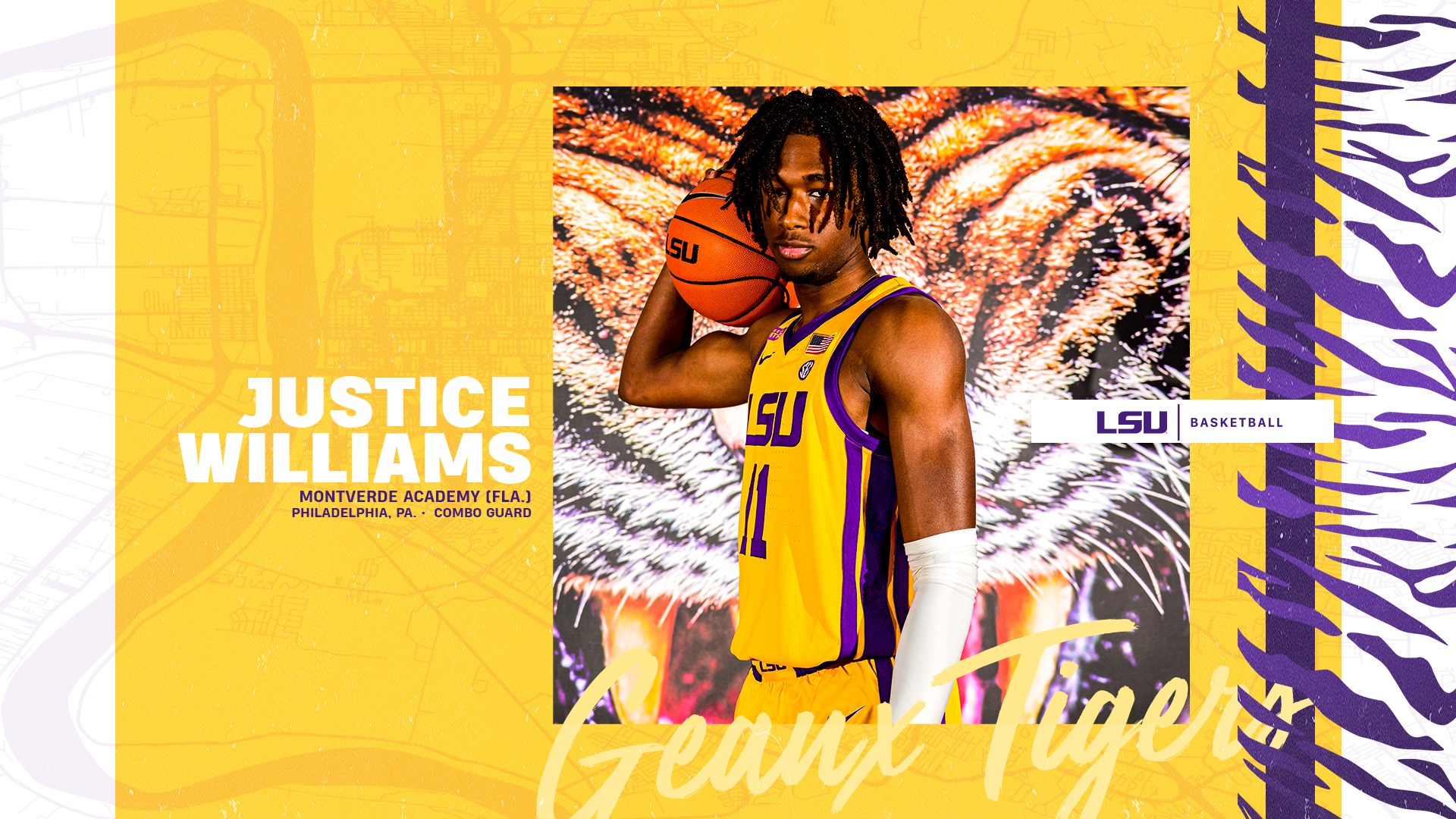 BATON ROUGE – LSU men’s basketball coach Will Wade and LSU Athletics announced Friday that Justice Williams has reclassified to the 2021 recruiting cycle and signed SEC and institutional paperwork allowing him to attend school when the semester starts on Monday and begin workouts for the 2021-22 season.

“We were very excited when Justice committed earlier this summer and we knew there was an opportunity for him to enroll early,” said Coach Wade. “He is a combo guard who can score at all three levels and has great vision off ball screens. Justice is an extremely hard worker who has been a part of winning teams everywhere he has played. He will be a great fit with our team and program.”

Montverde posted a record of 24-1 during the 2020-21 season and captured another Geico National Title. Williams played for Team Final on the AAU circuit which won the Southern Jamfest in Hampton, Virginia and the prestigious Nike EYBL Peach Jam in Georgia.

Williams transferred from Philadelphia Roman Catholic HS where his team was making a run at the PIAA Class 6A title in 2020. Williams was the team’s leading scorer when his sophomore season was put on hold by the pandemic.