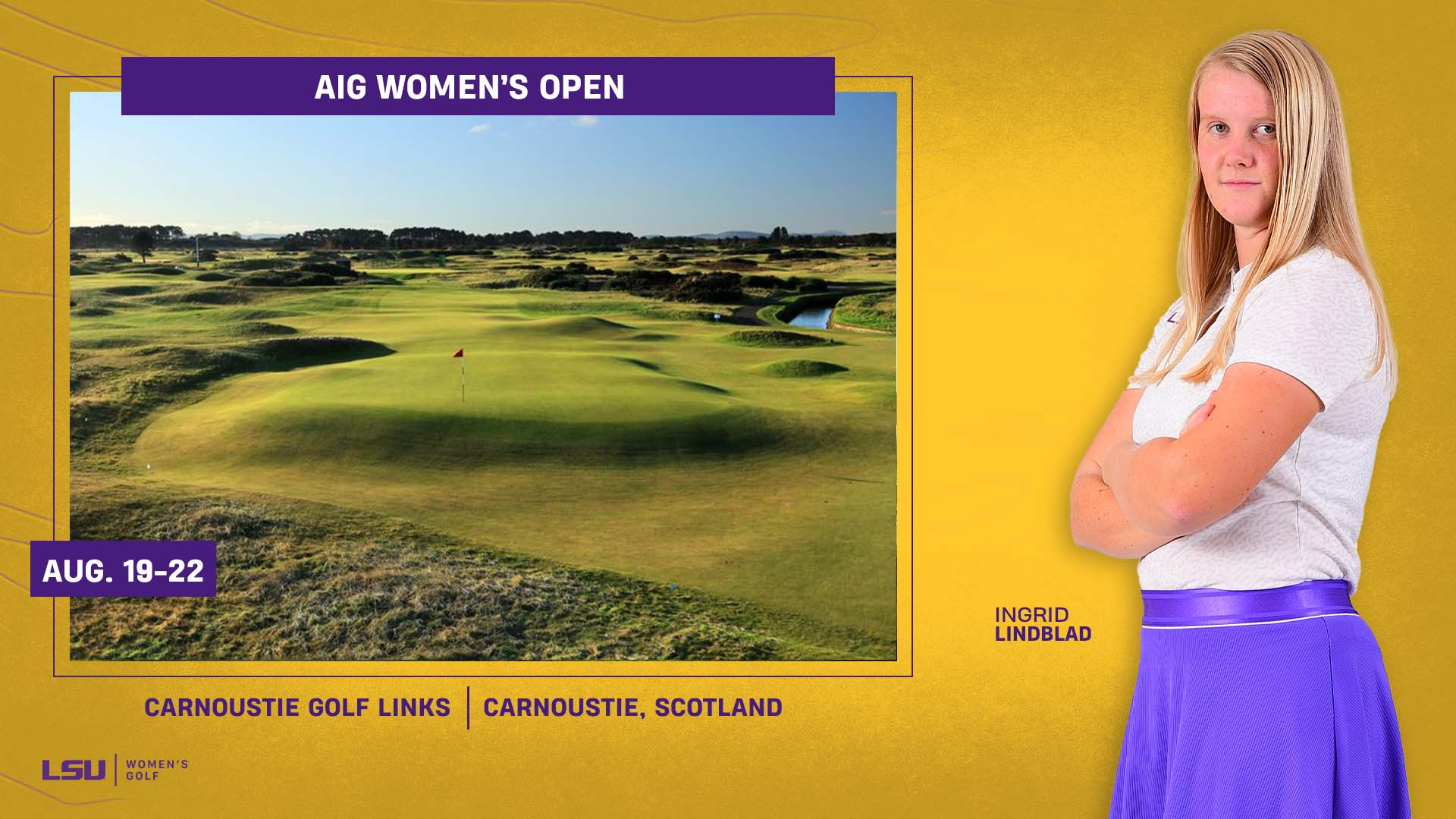 Lindblad, from Halmstad, Sweden, is presently ranked third in the World Amateur Golf Rankings and is one of four Swedish players ranked 3-6 in the rankings.

Lindblad missed the cut in her first Women’s Open appearance in 2019 and received an invitation to this year’s event after her win in the European Amateur, posting rounds of 71-69-69-67. This will be her third women’s golf professional major to participate in, having finished 30th in the 2020 U.S. Women’s Open.

In the last two years she has posted seven wins with 22 top 10 finishes, including a third in the prestigious Augusta National Women’s Amateur in which she missed the playoff by one shot.

Carnoustie will be holding the Women’s Open for the second time after hosting eight Open Championships and two Senior Opens.

Lindblad is paired for the first two rounds with multiple major champions Laura Davies of England and Sweden’s Anna Nordqvist, who has won two major titles herself. They are scheduled off at 1:49 p.m. British Summer Time which would put them hitting the first shot at 7:49 a.m. CDT. They will have an early tee time on Friday at 3:09 a.m. CDT (9:09 BST).

Also playing in the event will be former LSU stars Austin Ernst and Madelene Sagstrom. Sagstrom participated in the Tokyo Olympics and both made the cut last week in the Scottish Open. Ernst shot very consistent rounds of 72-70-72-70 to finish at even par 284 and finish solo fifth in the 2020 event at Royal Troon.

The event will be broadcast will be on the Golf Channel and on NBC for the event with coverage Thursday-Saturday from 5 a.m. to Noon CDT. Sunday the coverage will air from 6 to 11 a.m. on Golf Channel with the conclusion of the final round on NBC from 11 a.m. to 1 p.m.
—

Back in the U.S., former LSU golfer Marina Hedlund, who was at LSU from 2015-19, will also be playing this weekend in the Stage 1 of LPGA Qualifying in California. This is the first step in possible Symetra Tour or LPGA membership for the 2022 season.