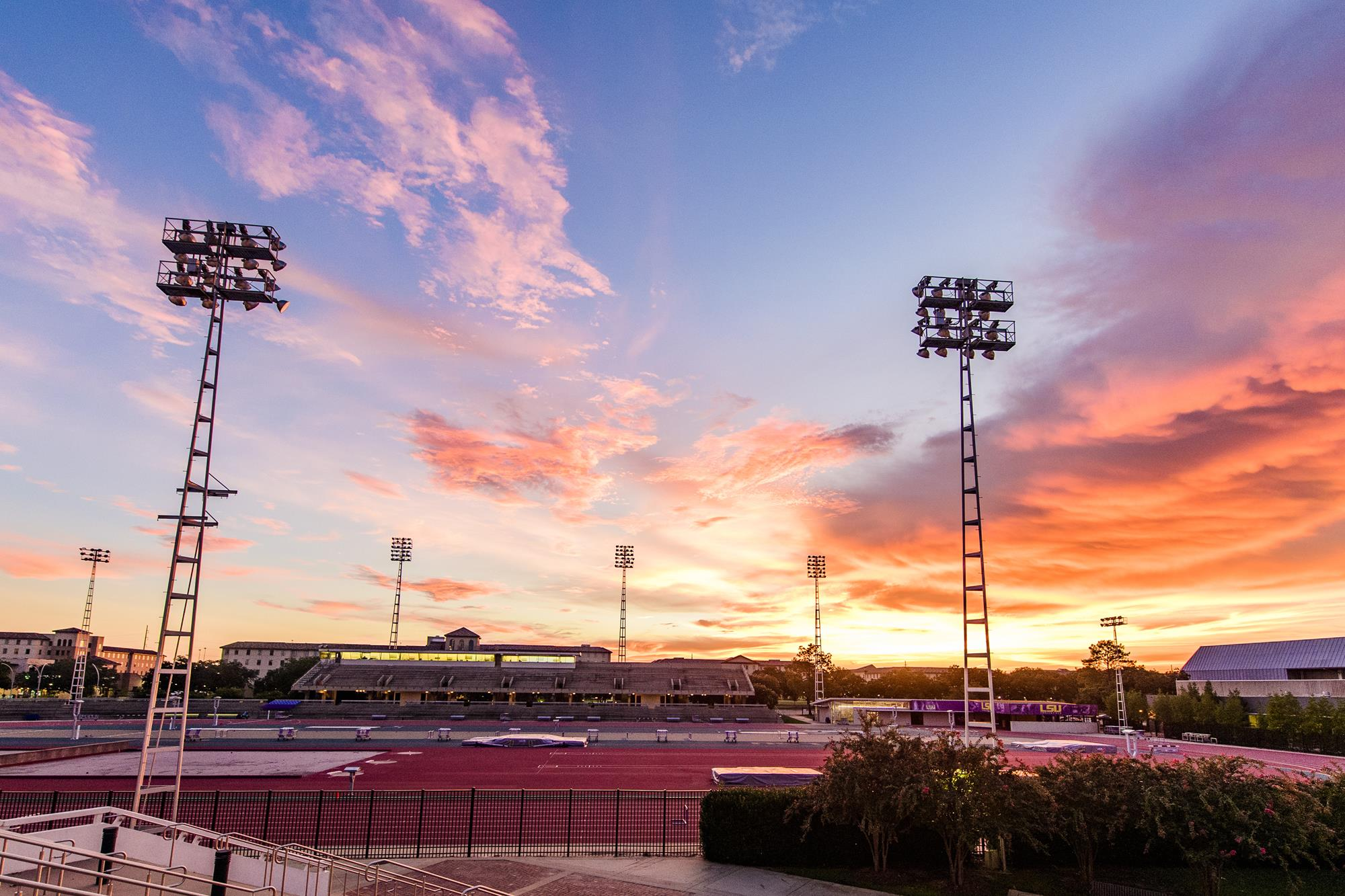 “All of these athletes will have a chance to make an impact on our program immediately,” Shaver said. “They are high-quality kids with tremendous work ethic to go along with superior athleticism. We can’t wait to have them join us in Baton Rouge and get to work with them.”

Tionna Brown – Transfer via Alabama State – Fort Wayne, Indiana
Brown just wrapped up her first collegiate track season while competing for Alabama State. She qualified for the NCAA East Preliminaries and brings personal bests of 7.31 in the 60 meters, 11.29 in the 100 meters, and 23.26 in the 200 meters.

She won six SWAC titles during her freshman campaign. She completed the sprint triple outdoors with wins in the 100, 200, and 4×100 meter relay, while indoors she won conference titles in the 60, 200, and 4×400 meter relay.

Morgan Smalls – Transfer Via University of Southern California – Morrisville, N.C.
Smalls comes to LSU after her freshman season in Los Angeles where she scored twice in the high jump at the NCAA indoor and outdoor championship meets. She started off with an eighth place showing in the high jump indoors before bookending her freshman season with a fourth-place showing at the NCAA Outdoor Championships.

Ashton Hicks – Transfer via Oklahoma State – Carthage, Texas
Hicks will arrive in Baton Rouge after three years of running at Oklahoma State. He’s competed at the NCAA Championships three times during his career – twice outdoors and once indoors. The fastest 400 meter time of his career came at the 2019 Indoor Big 12 Championships with a readout of 45.60. he later went on to earn Second Team All-America honors at the 2019 NCAA Indoor Championships finishing 14th. He’s also a two-time outdoor NCAA All-America Honorable Mention athlete.

Godson Oghenebrume – Onoriede International School – Ughelli, Nigeria
Godson comes to Baton Rouge with the third fastest U20 100 meter dash time in the world this year – a PR of 10.13. He ran that time of 10.13 at the 2021 Nigerian Trials and will compete for Nigeria at the Tokyo Olympics as a member of the 4×100 meter relay team.

Apalos Edwards – Jamaica College – Kingston, Jamaica
Edwards will arrive in Baton Rouge and look to have a solid impact on the LSU jumps’ crew. He brings in personal bests of 25’ 4” (7.72 meters) in the long jump and 53’ 0.75” (16.17 meters) in the triple jump. That mark in the long jump would have scored at the 2021 NCAA outdoor meet, and the triple jump would have just been outside of the top eight. He registered both of those PRs at the same meet in Jamaica this earlier this year in March.

Dyllon Nimmers – Ruston High School – Ruston, Louisiana
Nimmers was named the 2020-21 Gatorade Louisiana Boys Cross Country Athlete of the Year following his senior season at Ruston High School. Not only did he win the LHSAA 5A state title in the three mile run with a personal best of 15:17.20, but he was the fastest runner over all divisions at the course on November 17, 2020. He did not lose a race on the cross country circuit his senior season going a perfect 6-0. On the track, he won the 2021 LHSAA Indoor title in the 800 meters with a time of 1:59.68. He owns a PR of 1:54.90 on the track, and his personal best times in cross country are 15:30.0 (three mile) and 15:48.0 (5k).

Kenroy Higgins – Transfer via UCLA – Oakland, California
Comes to LSU after running at UCLA dating back to 2019. He set the UCLA school record in the 60 meters at the 2020 Pac12 Championships with a readout of 6.59 for a sliver medal. Owns personal bests of 10.33 in the 100 meters and 20.88 in the 200 meters, both of which were registered this April at the 2021 West Coast Classic. Higgins was a member of the UCLA football team in the fall of 2018.

John Meyer – Transfer via Michigan – Lockport, Illinois
A thrower who will add scoring performances to LSU’s men throwing corps at the SEC and NCAA level, Meyer has scored points at one NCAA meet – the 2021 NCAA indoor meet where he earned First Team All-America honors with a seventh place finish thanks to a throw of 63’ 11.75” (19.50 meters). A shot put specialist, Meyer owns a career best throw of 67’ 2.25” (20.48 meters) that he registered at the 2021 Michigan Len Paddock Invite to take first. He’s won a total of four event titles during his collegiate career.