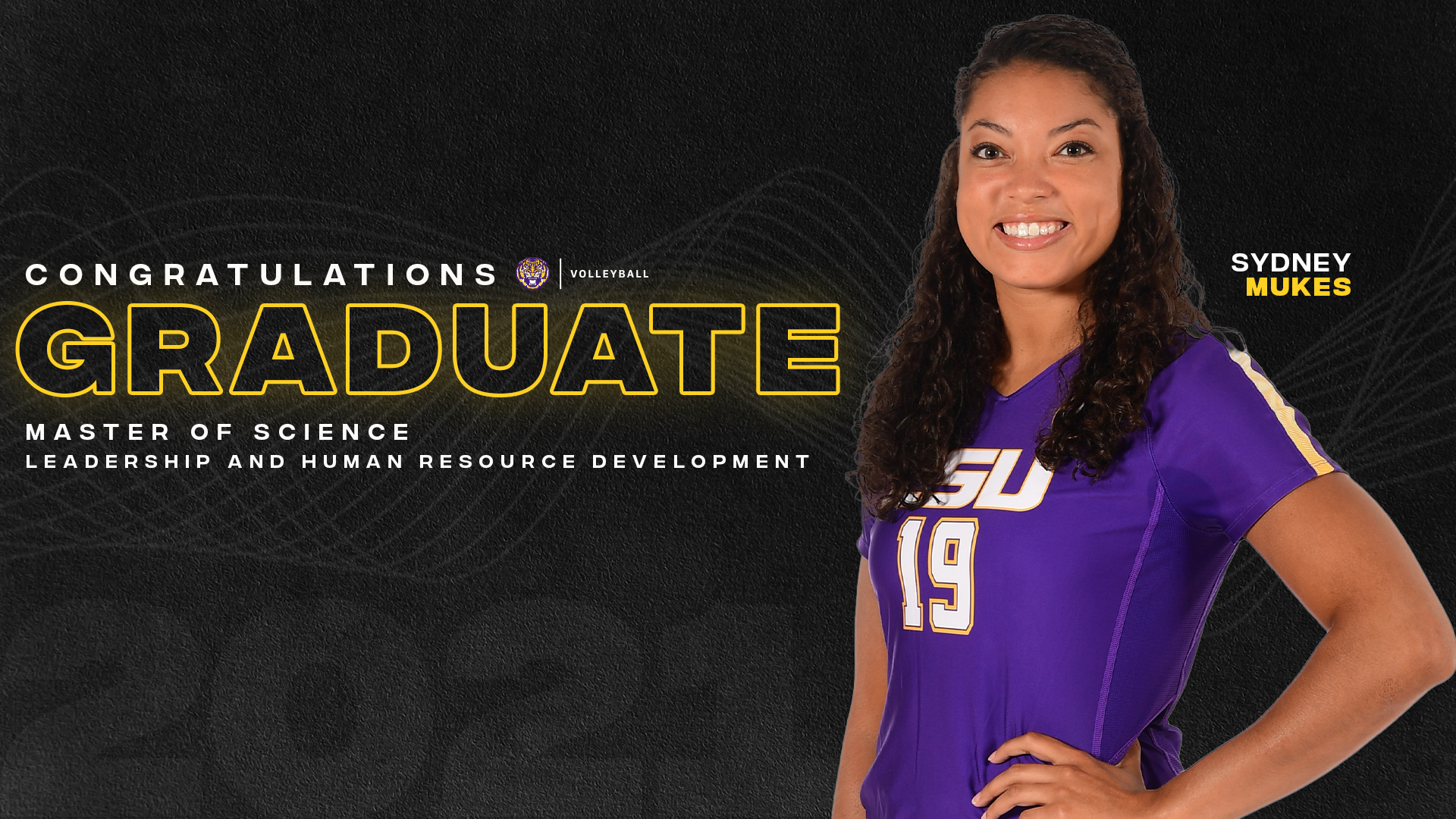 BATON ROUGE – Sydney Mukes, who played on the LSU Volleyball team from 2016-19, earned her Master’s Degree on Friday in Leadership and Human Resource Development.

A four-year contributor for the Tigers as an outside hitter, Mukes played in a total of 232 sets, tallying 364 kills and 73 blocks. During her senior season in 2019, Mukes had 83 kills and had a season-high of 13 on October 18 at Alabama.

Off the court, Mukes had great success in the classroom and the community. After being named to the SEC First Year Academic Honor Roll as a freshman, Mukes earned a spot on the SEC Honor roll the following three years.

Mukes was selected twice as LSU’s Jesse Owens Student Award recipient, presented to the minority student-athletes at LSU with the highest GPA.

Mukes was named the 2019-20 Athletes for Hope University Student Athlete of the Year. During her senior year, Mukes compiled over 100 hours of community service and acted as a positive role model at Glasgow Middle School in Baton Rouge as a volunteer throughout her time at LSU.