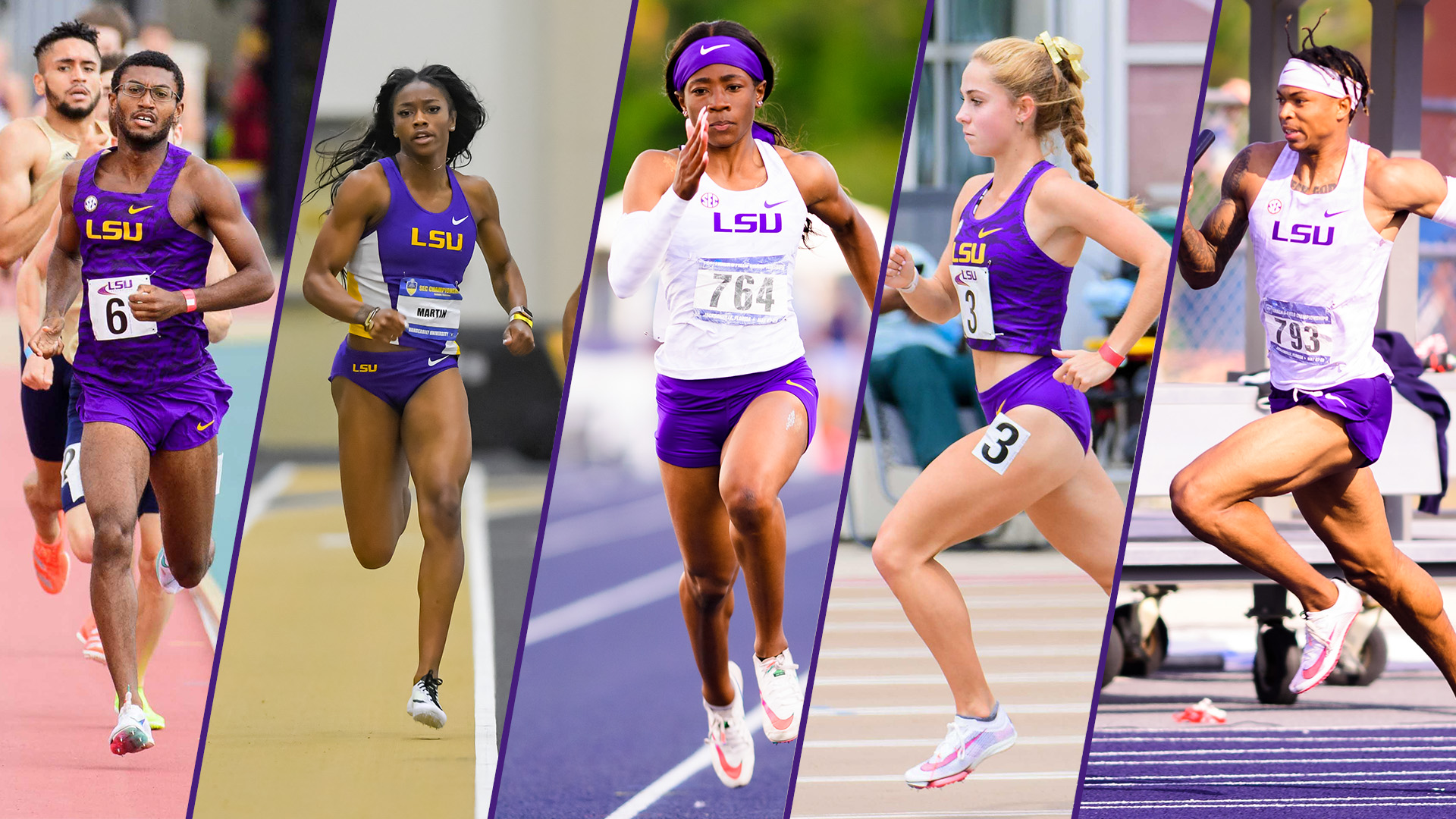 Both Stamey and Coston run cross country and track for LSU. Stamey is the LSU school record holder in the 3,000 meter steeplechase with a personal best time of 10:18.28, and she also helped the women’s cross country team earn its best finish at the SEC Championships since 1999 with a fifth-place team showing at the 2020 SEC Championships. Coston had an admirable 2021 season on the track as he registered some crazy personal bests; he lowered his personal best in the 3,000 meters by 22 seconds indoors, and registered a personal best of 4:06.13 in the mile indoors, which lowered his PR by more than 16 seconds.

Martin previously graduated from LSU in the summer of 2017 with her undergrad degree in sport administration. Martin was a member of LSU’s 4×100 meter relay team that won the NCAA title; she was a 7-time All-American and four-time SEC champion.

Mason, Stamey, and Coston still have eligibility remaining to compete for LSU track and field and cross country. You can view a full list of graduates from LSU Athletics at lsusports.net.