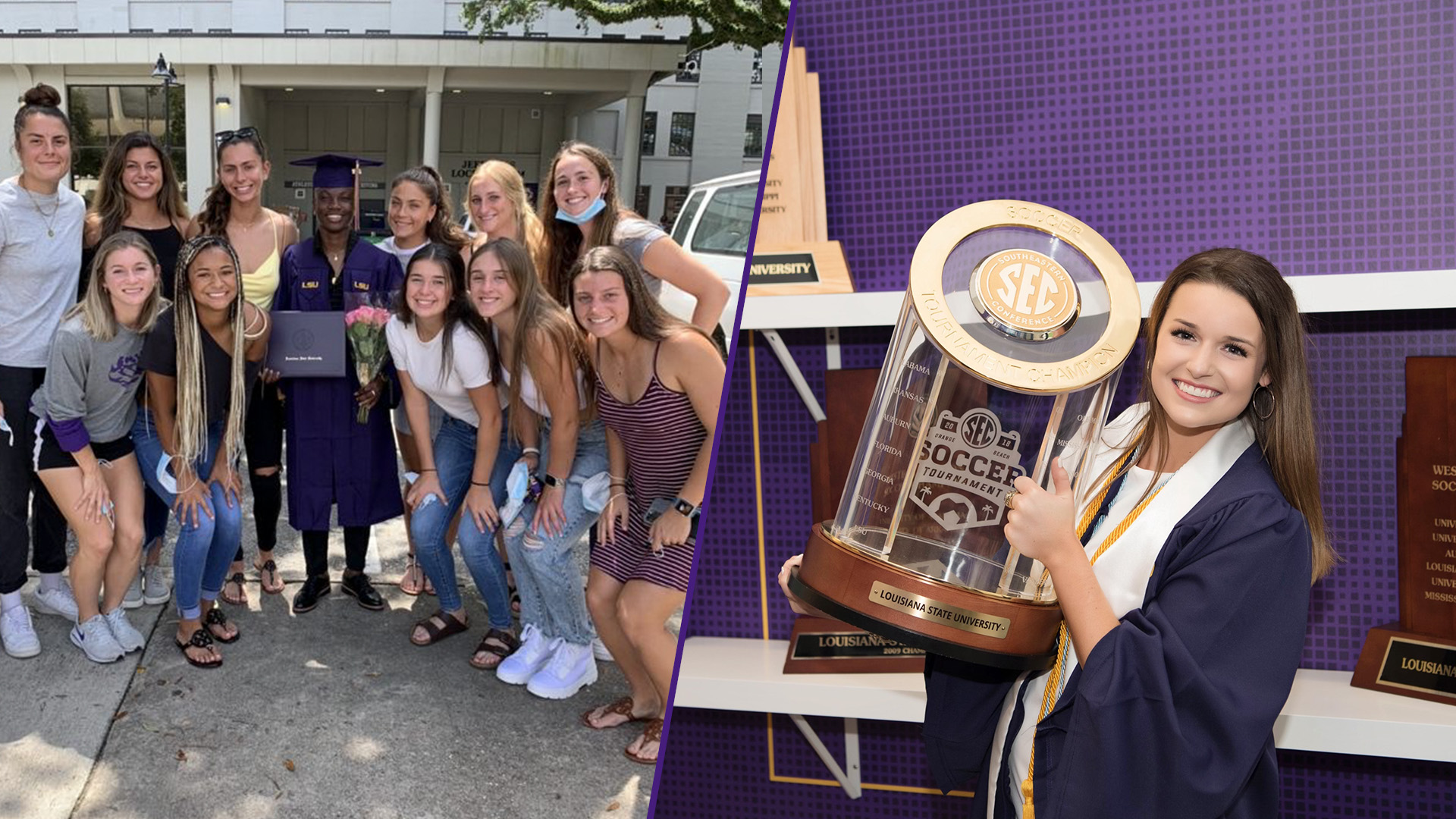 Baton Rouge, La.  – Wasila Diwura-Soale and Hannah Cuneo of LSU soccer graduated on Friday morning. Diwura-Soale graduated with a degree in interdisciplinary studies, and Cuneo earned her degree in kinesiology.

Diwura-Soale starred in all 19 matches for LSU during the 2020-21 season earning starts in 17 of those matches. She registered the first assist of her LSU career on November 6, 2020 in a road match at No. 8 Texas A&M. She totaled four assists last season to lead the Tigers in the category, and she strung together a string of three straight games in which she registered an assist in the spring against Southern Alabama, Southern, and Dallas Baptist. Diwura-Soale will play this fall for the Tigers.

Cuneo played in 11 matches during her time with LSU including a career high nine during the 2019 season. She was a member of the 2018 LSU team that won the SEC Tournament. Cuneo played a big role in team morale that week as she kept the energy high with her celebratory antics throughout the week. Cuneo was a member of the LSU soccer team dating back to the 2017 season and finished up her career in the fall of 2020.

You can view a full list of graduates from LSU Athletics at lsusports.net.