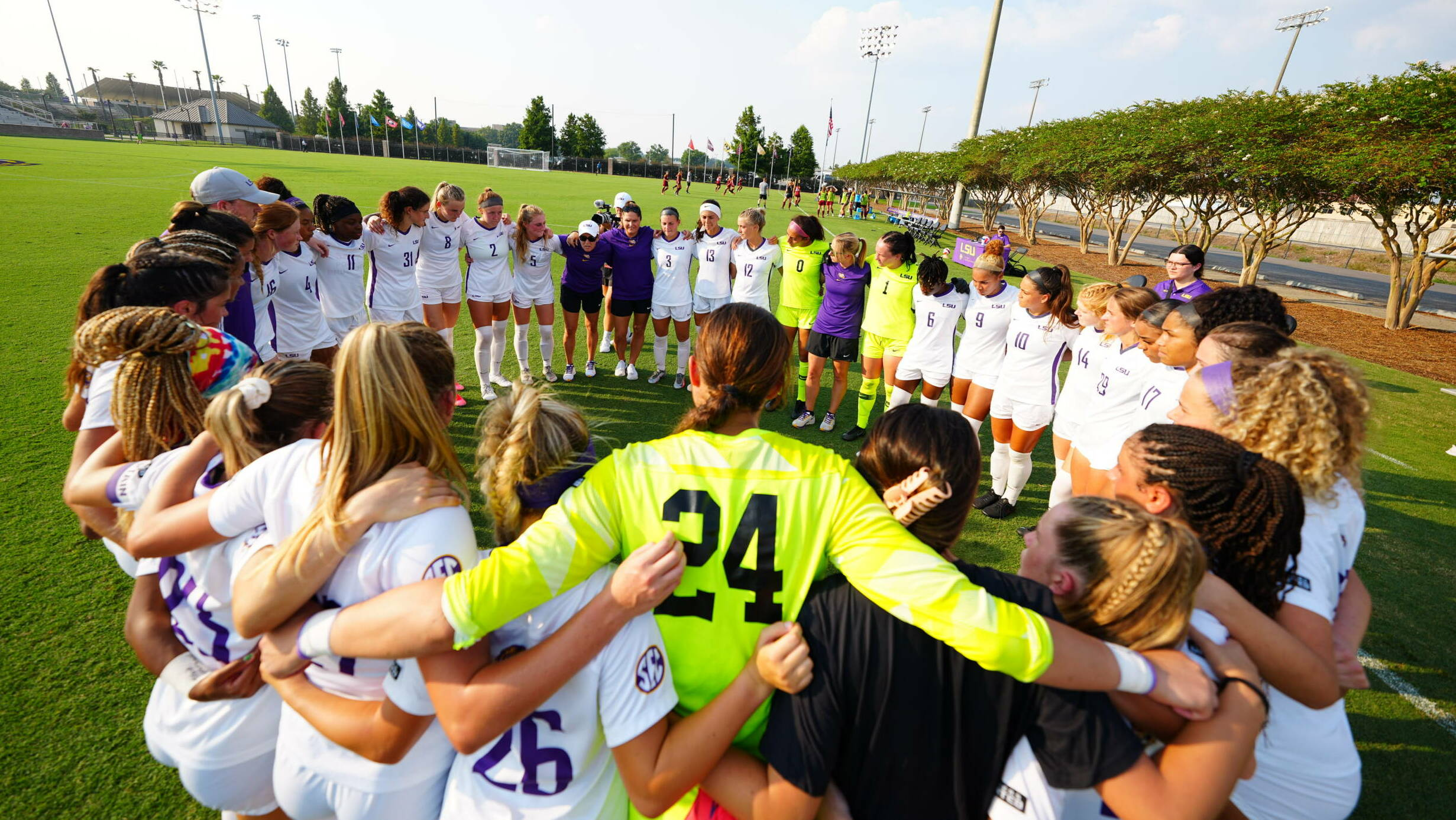 BATON ROUGE, La. – The LSU Soccer team played its first exhibition match of the 2021 preseason with a 6-0 win over the Louisiana-Monroe Warhawks on Saturday night at the LSU Soccer Stadium. The two teams played three 30 minute sessions with 10-minute breaks in between.

“Thrilled to end a really positive first week with a great team performance,” head coach Sian Hudson said after the match. “Getting to see so many different partnerships in every area of the team was important for the staff as we bring this new group of players together. We moved the ball well and were able to create a lot of clear-cut chances in the final third. Now we look forward to the Southeastern game and continuing to build on a great start to preseason”.

LSU opened the scoring in the 18th minute when Molly Thompson slotted a shot into the left corner off an Alesia Garcia assist. Mollee Swift started the game in goal and made one save in her 30 minutes of action.

The second 30 minute period brought the most action, with Tinaya Alexander scoring four goals in 25 minutes. Her first goal came in the 33rd minute from a Tilly Wilkes cutback; Alexander received a ground cross from Wilkes and finished from 12 yards out. She scored her second goal five minutes later after beating her defender and curling it into the upper-right corner. She sealed her hat trick in spectacular fashion, beating the goalkeeper from 32 yards out in the 56th minute. Alexander finished her haul of goals two minutes later by rounding the keeper and calmly finishing from six yards out.

Bella Zanotelli played the second period for the Tigers and recorded one save.

The sixth and final goal of the game came in the 75th minute when Taylor Dobles played a quick free-kick to Brooke Cutura, who sent the ball across the box to Anna Rockett, who hit it first time into the upper-left corner. Jade Odom played the final 30 minutes in the goal for the Tigers.

The Tigers return to the LSU Soccer Stadium for another exhibition match when they host Southeastern Louisiana at 6 p.m. CT on Wednesday, August 11.