Faneca to be Enshrined in Pro Football Hall of Fame Sunday 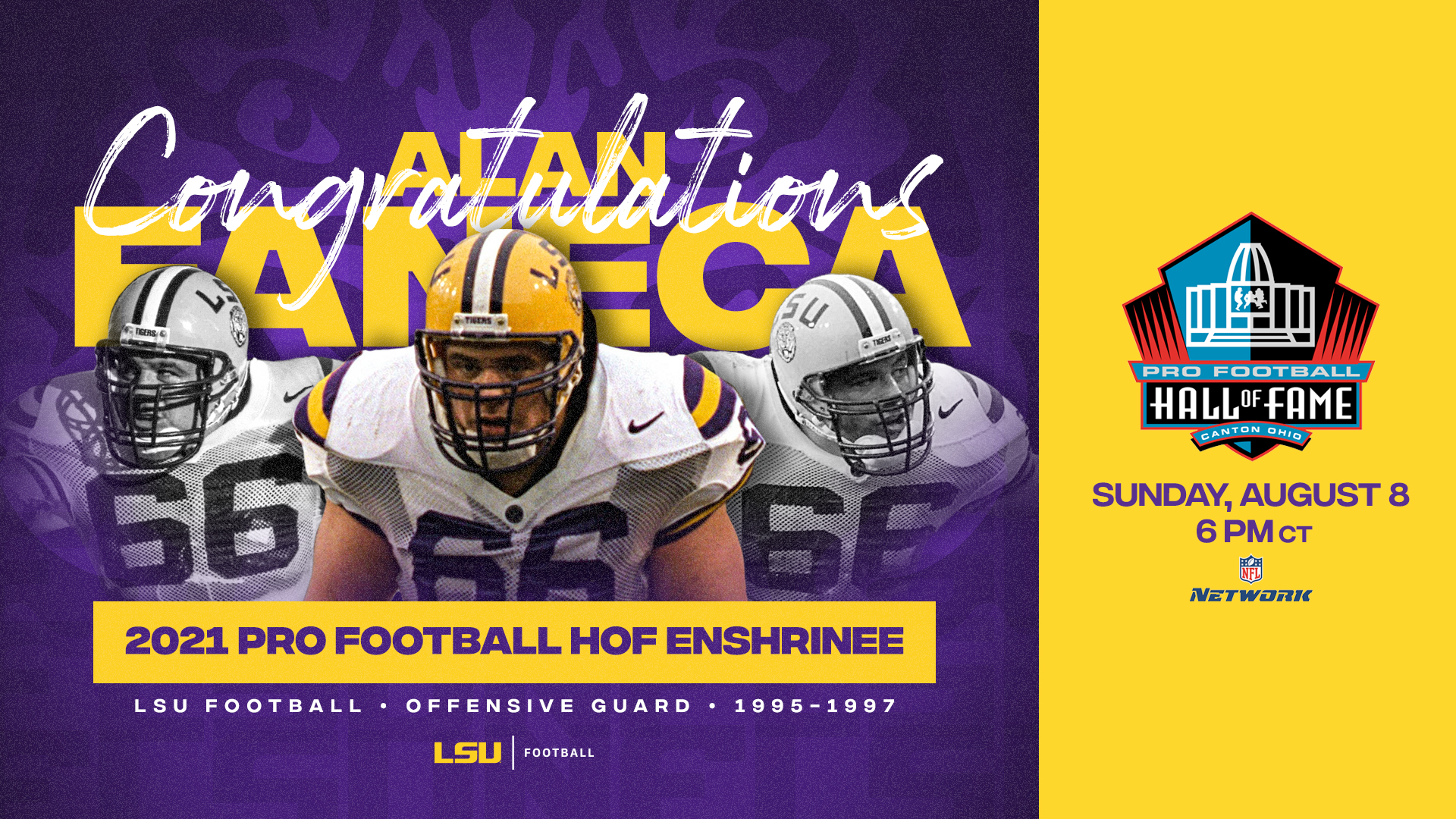 The Pro Football Hall of Fame Ceremony begins at 6 p.m. and will be televised on the NFL Network.

He was a nine-time Pro Bowler and earned All-Pro honors six times. He’s also a member of the Pittsburgh Steelers All-Time Team as well as a member of the NFL’s 2000s All-Decade Team. He played 206 games in the NFL, starting 201 times.

A first round pick (No. 26 overall), Faneca helped the Steelers to a 21-10 win over Seattle in Super Bowl XL.

At LSU, Faneca was a three-year starter for the Tigers from 1995-97, earning first team All-SEC honors twice as well as winning the Jacobs Blocking Trophy in 1997, which given to the top lineman in the SEC.  Faneca was one of three finalists for the Outland Trophy in 1997 and was a consensus All-America that year.

During his career at LSU, Faneca helped pave the way for one of the best running backs in school in history in Kevin Faulk, who led the SEC in rushing in 1997 with 127.1 yards per game.

Faneca helped turn the Tiger program around during his time in Baton Rouge, leading LSU to three straight bowl appearances from 1995-97. He also played a key role the night LSU knocked off No. 1 Florida in Tiger Stadium.

In that win over Florida, Faneca was called a “beast” for having repeatedly driven the Gators off the field and creating openings for the Tiger running game. Faneca started his last 36 games at LSU and allowed only one sack in his final season. He had 210 pancake blocks in his college career.

Faneca returned to LSU in 1999 and earned a bachelor’s degree in management entrepreneurship.