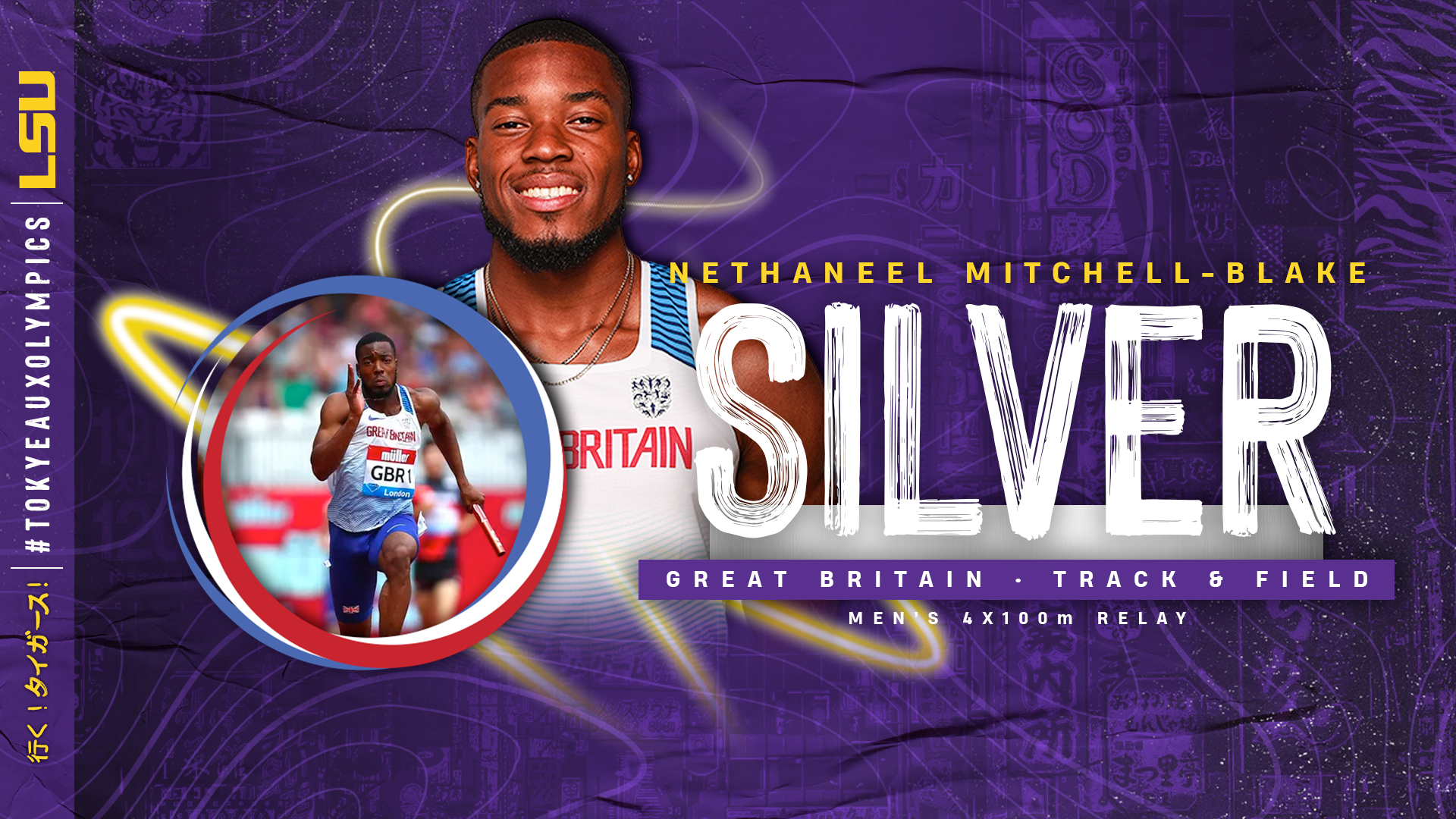 Tokyo, Japan – Nethaneel Mitchell-Blake (Great Britain) earned a silver medal in the 4×100 meter relay on the penultimate night of action for track and field at the Tokyo Oympics.

Mitchell-Blake, a 2017 world championship gold medalist in the relay, anchored the British team to silver in an agonizingly close race. One hundredth of a second was all that differentiated the gold medalists (Italy) and the silver medalists (Great Britain). Mitchell- Blake had the initial lead on the final leg but was barely chased down by the anchor leg for the Italians. Italy won with a time of 37.50 and Great Britain took silver with a 37.51.

Vernon Norwood played his part in the first round of the men’s 4×400 meter relay as he anchored the Americans to the fastest qualifying time, a 2:57.77, with a split of 44.3 seconds. Norwood may or may not run in the finals, but former LSU sprinter Michael Cherry, who finished fourth in the individual 400 meters, will assuredly be running in the finals.