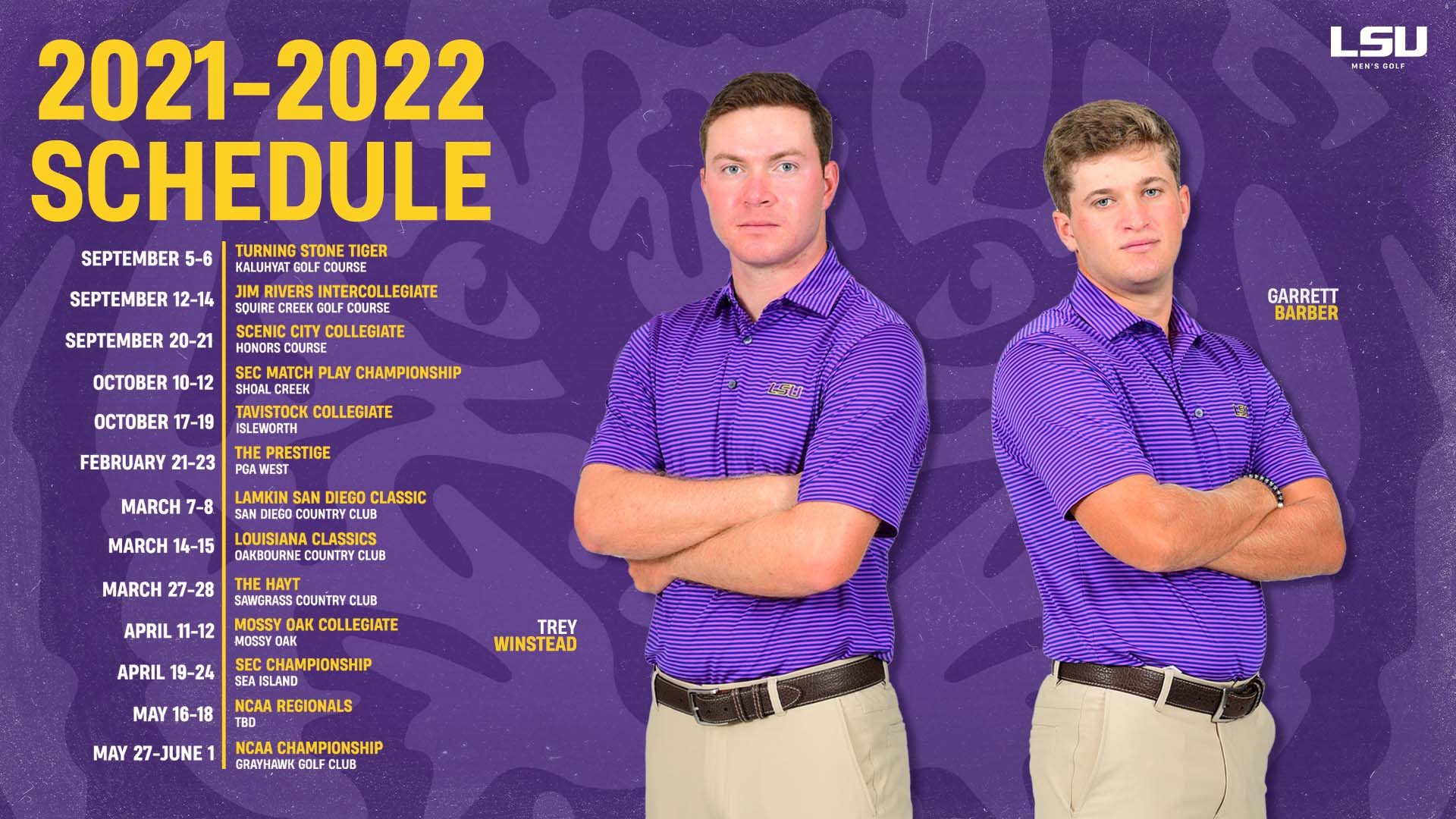 Baton Rouge, La. – LSU director of golf Chuck Winstead announced the LSU men’s golf schedule on Thursday. Winstead has the Tigers set to compete in 10 regular season tournaments before postseason play begins in May with the SEC Championship.

The fall portion of the schedule will feature five tournaments, with the other six being in the spring. The Tigers get right back into action shortly after classes begin with a trip to Kaluhyat Golf Course in Verona, NY for the Turning Stone Tiger tournament on Sept. 5-6. Tournament No. 2 of the season will come a week later with the Jim Rivers Intercollegiate in Ruston, LA, hosted at the Squire Creek GC (Sept. 12-14).

LSU will then travel to Chattanooga, TN to play their last September tournament in the Scenic City Collegiate, hosted by the Honors Course (Sept. 20-21).

The Tigers will wrap up the fall schedule by teeing it up twice in October, first at the inaugural SEC Match Play Championship at Shoal Creek (Oct. 10-12), and then the Tavistock Collegiate at the Isleworth Golf and Country Club (Oct. 17-19).

The spring season will open with back-to-back tournaments in southern California. The Tigers kick off 2022 from February 21-23 with The Prestige, hosted at the PGA West, followed by the Lamkin San Diego Classic at San Diego Country Club (March 7-8).

LSU comes home to Louisiana from March 14-15 for the Louisiana Classics, hosted at Oakbourne CC, and finish the month in Ponte Vedra Beach, FL for The Hayt, hosted at Sawgrass CC (Mar. 27-28).

The Tigers will play their last regular season tournament, the Mossy Oak Collegiate, from April 11-12 at Mossy Oak GC in West Point, MS before postseason play begins. The SEC Championship will be contested, per usual, at the Sea Island GC in St. Simons Island; that event will take place from April 19-24.