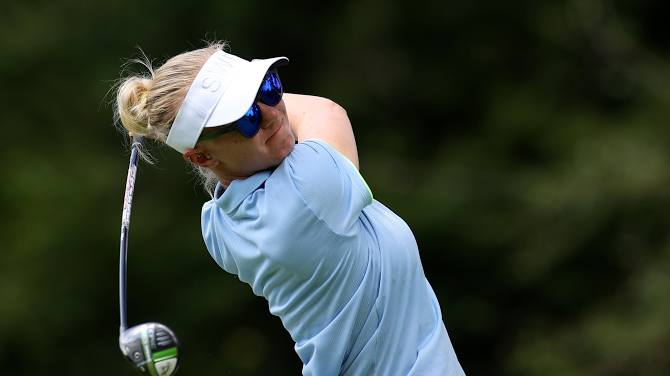 BATON ROUGE – Former LSU All-America golfer Madelene Sagstrom got off to a wonderful in the Tokyo 2020 Women’s Golf event, firing a bogey-free 5-under 66 to lead over a star-studded field after the first round.

Sagstrom part of the 60-player field representing Sweden, showed a great putting touch over the Kasumigaseki Country Club on a brutally hot day that had heat index numbers in the mid-100s.

The 28-year-old had five birdies and all pars on the card and it started early with a 4-foot birdie putt on the first and back-to-back birdies on the fifth and sixth holes. On the par-5 fifth she two-putted for birdie and then on the sixth drained a 7-footer to go three under.

It was back-to-back birdies later in the round to get into a tie for the lead and finally take the lead after posting birdies on the ninth and 10th holes. On the ninth she dropped a 6-footer for birdie and followed on the 10th with another par-3 birdie as she got a 14-footer to drop.

Nelly Korda of the United States and Aditi Ashok of Indiana are second after 4-under 67s with Matilda Castren of Finland, Jin Youn Ko of Korea and Carlota Ciganda of Spain at 3-under 68.

A total of 22 players broke par on the opening day.