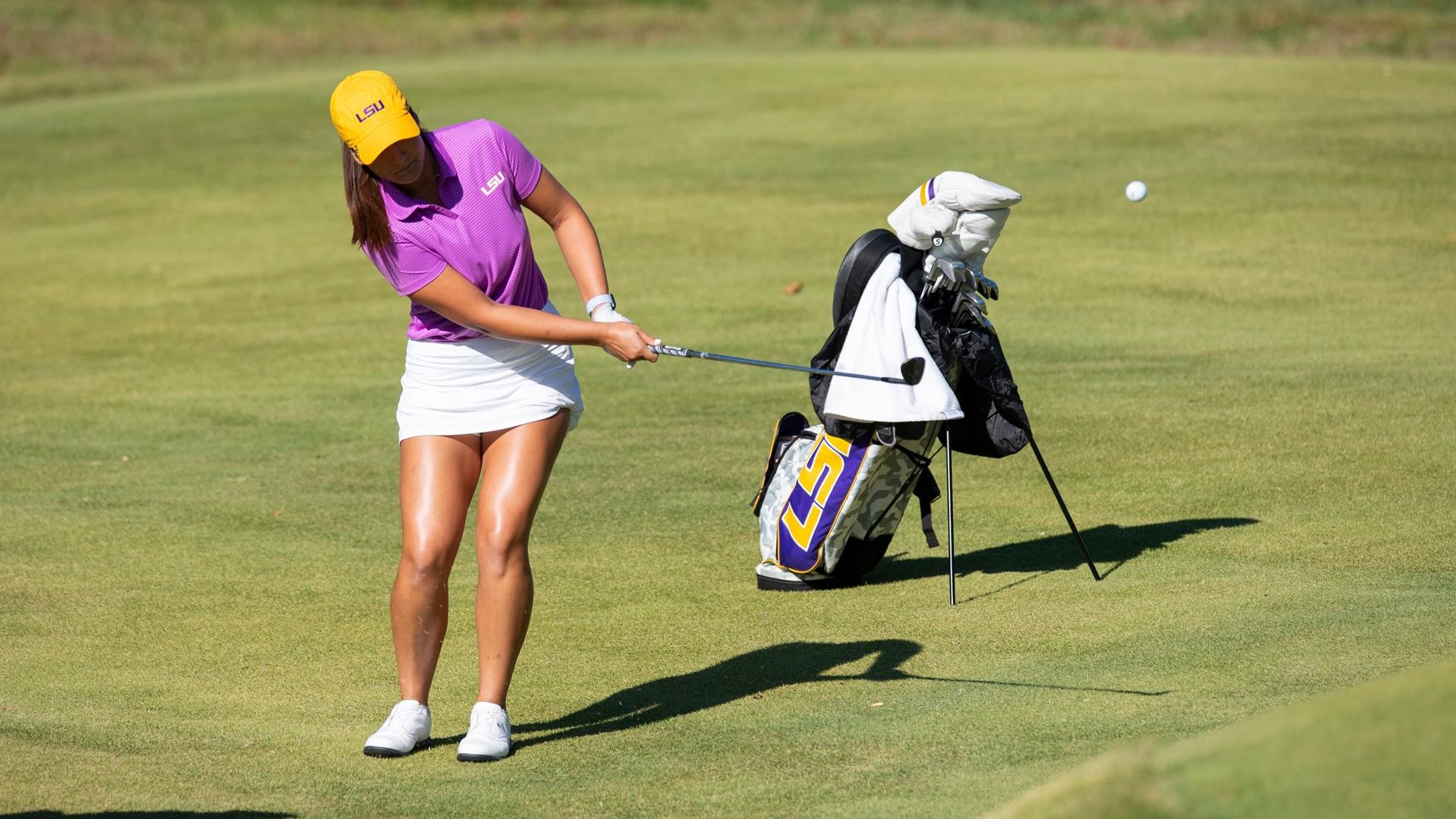 BATON ROUGE – LSU rising junior golfer Latanna Stone was eliminated on the first hole of a 12-for-2 playoff for the final match play positions following qualifying Tuesday in the United States Women’s Amateur at the Westchester Country Club in Rye, New York.

Stone was tied for 63rd place from the original field of 156 after the 36-hole qualifying for the 64 spots that would move to match play beginning on Wednesday.

The 12 players went to the par 3, 166-yard first hole. Stone was in the first four players to go to the hole. Stone made a par 3, but one player in each of the next two foursomes birdied to eliminate the other 10 players.

The Riverview, Florida native made a couple of moves into the top 64 during a 1-over round of 73 on Tuesday, starting on the back nine in this round with three consecutive bogeys. But the two holes that caused her problems in the opening round on Monday, the par four 15th and the par three 16th, brought her back to even. A birdie on 17 allowed her to turn to the front nine at 1-under 35.