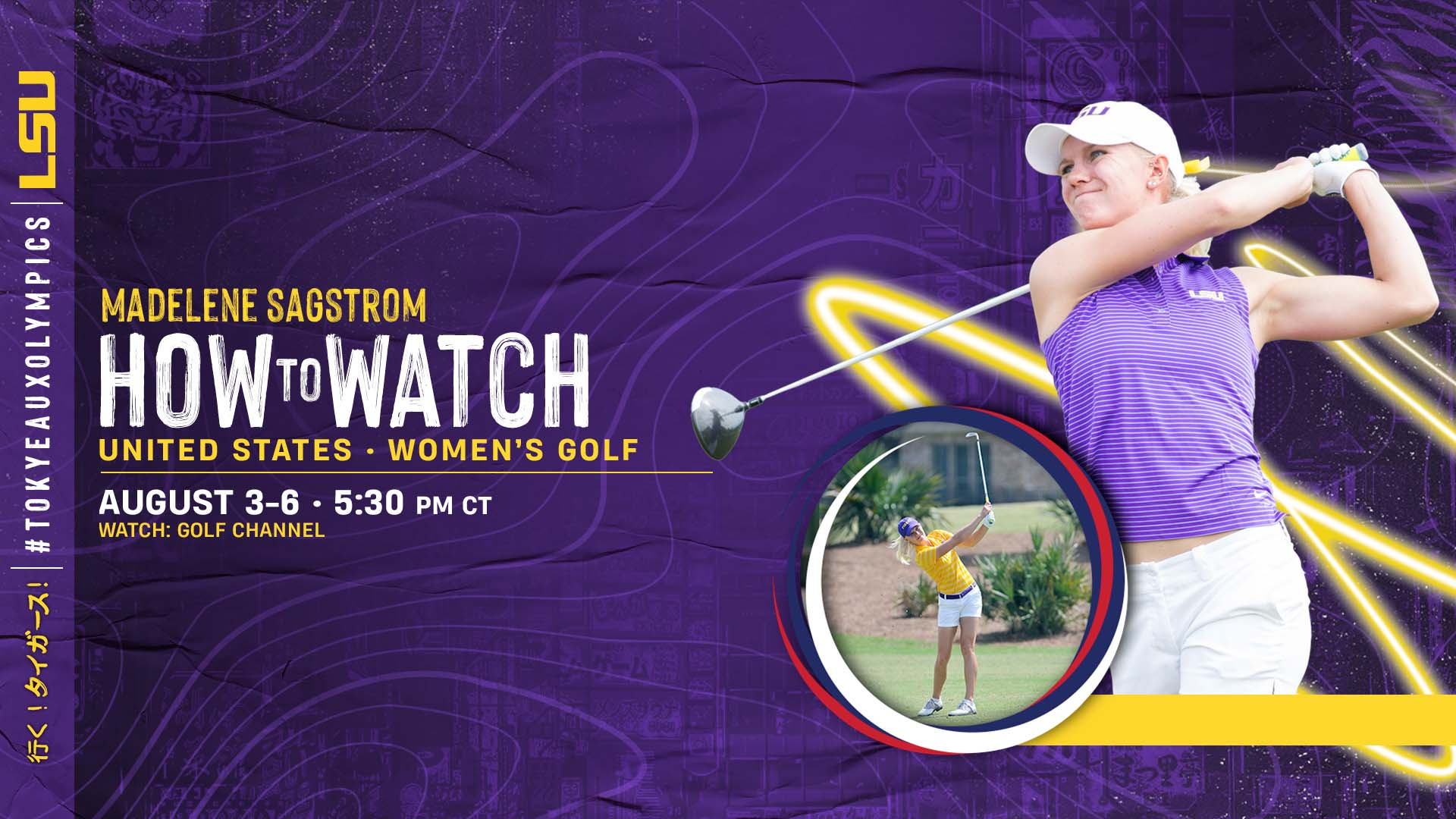 BATON ROUGE – Former LSU golfer and LPGA tour winner Madelene Sagstrom will represent her home country of Sweden when she tees in the first round of the Tokyo 2020 Olympics women’s golf competition.

The tournament begins Tuesday evening in the U.S. and Wednesday morning in Tokyo where the event will be played at the Kasumigaseki Country Club, a private course about an hour from downtown Tokyo.

Live coverage of the event will be available on The Golf Channel beginning at 5:30 p.m. CDT each day. Sagstrom is scheduled to tee off Tuesday night at 7:47 p.m. CDT and at 5:52 p.m. on Wednesday. She is paired with Xiyu Lin of China, who was T7 in the U.S. Women’s Open this year, and Emily Kristine Pederson of Denmark, a regular on the Ladies European Tour.

The 60-player field will play 72 holes with the medalists decided on late Friday night/early Saturday morning U.S. time. The course is expected to play at some 6,600 yards (about 800 yards shorter than the just completed men’s competition) and will be listed at par 71.

Sagstrom was a three-time winner at LSU including twice in 2015 when she was named the Southeastern Conference Player of the Year and a Women’s Golf Coaches Association First-Team All-America.

She was named the Symetra Tour Player of the Year with multiple wins in 2016 and advanced on to the LPGA tour in 2017, where she has won almost $1.6 million dollars in prize money with eight career top 10s and a win in the 2020 Gainbridge LPGA at Boca Rio.

Sagstrom, from Uppsala, Sweden, was a member of the European squad in the 2017 Solheim Cup. She is No. 75 on the Rolex Women’s World Golf rankings.

The field qualified based on the Olympic Golf Ranking, which takes points earned in the Official World Golf Ranking during the qualifying window and applies them together. The top 60 available and qualified players get into the field. If a country has four or more players in the top 15 in the Olympic Golf Ranking, they are able to send the top four available players (the United States is the only country which qualifies). Otherwise, a country can only send their two highest-ranked players until the field of 60 is filled.