Allysha Chapman to Play for Gold Medal at Olympics 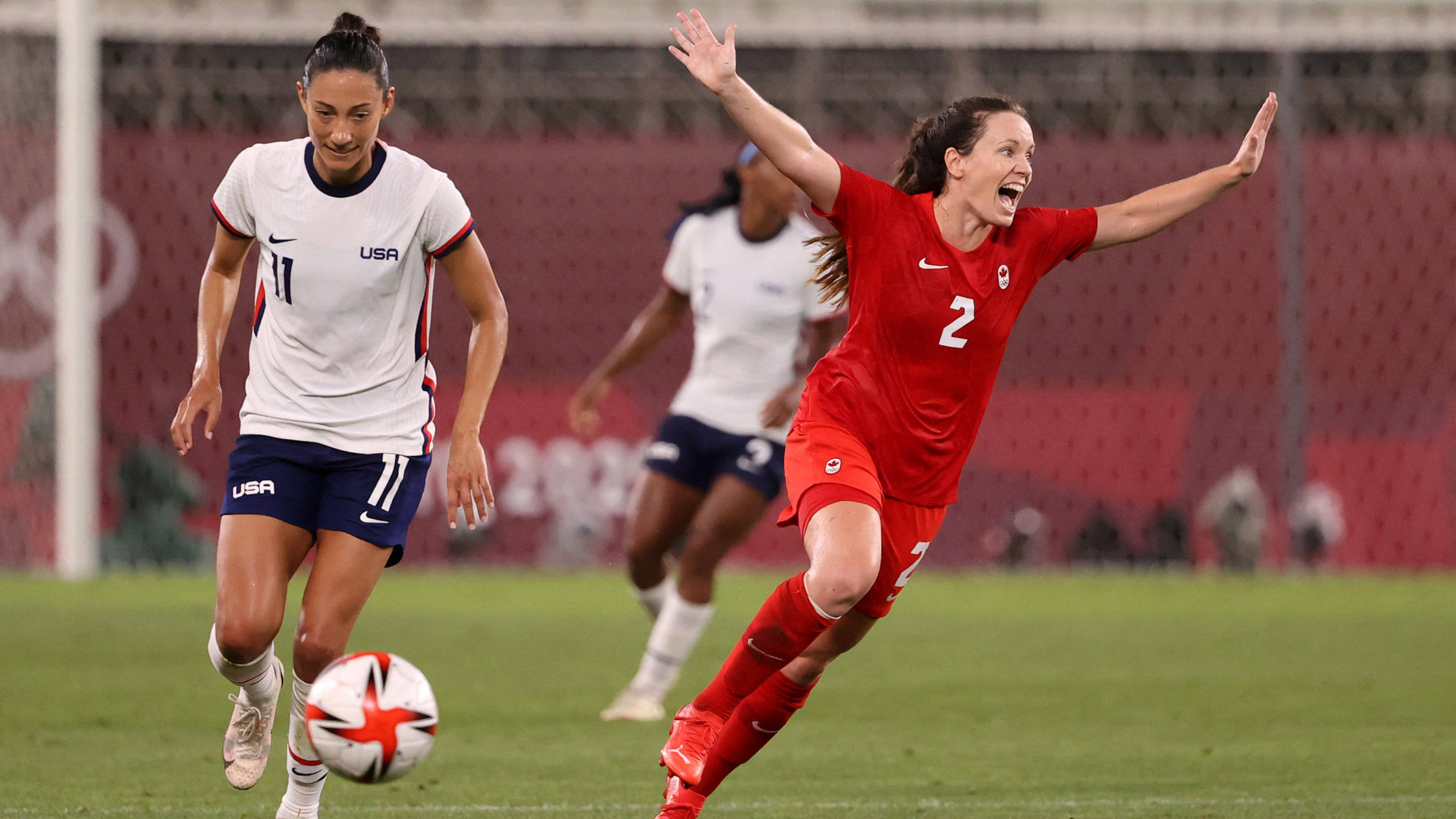 Tokyo, Japan – Former LSU soccer player, Allysha Chapman, and the Canadian National Team knocked off the U.S. Women’s National Team on Monday morning by a score of 1-0 in the Olympic semifinal hosted at Ibaraki Kashima Stadium.

It was Canada’s first win over the U.S. national team since 2001 and it marked the first time the USWNT has not qualified for the Olympic final since the sport was added in 1996. Chapman earned the start on the backline at leftback and played all 90 minutes as Canada held the Americans scoreless; it was Chapman’s third start of the Olympics.

Jesse Fleming converted a penalty for Canada in the 75th minute of the match to score the game winner in what was a momentous win for Canada. The win guarantees Canada a gold or silver, and it marks the third straight Olympics that they have medaled.

Canada has a record of 3-0-2 (three wins, zero losses, two draws) at the Tokyo Olympics with wins coming over Costa Rica, Great Britain, and USA. Canada will take on Sweden in the gold medal match Thursday night at 9 p.m. CT at Olympic Stadium.