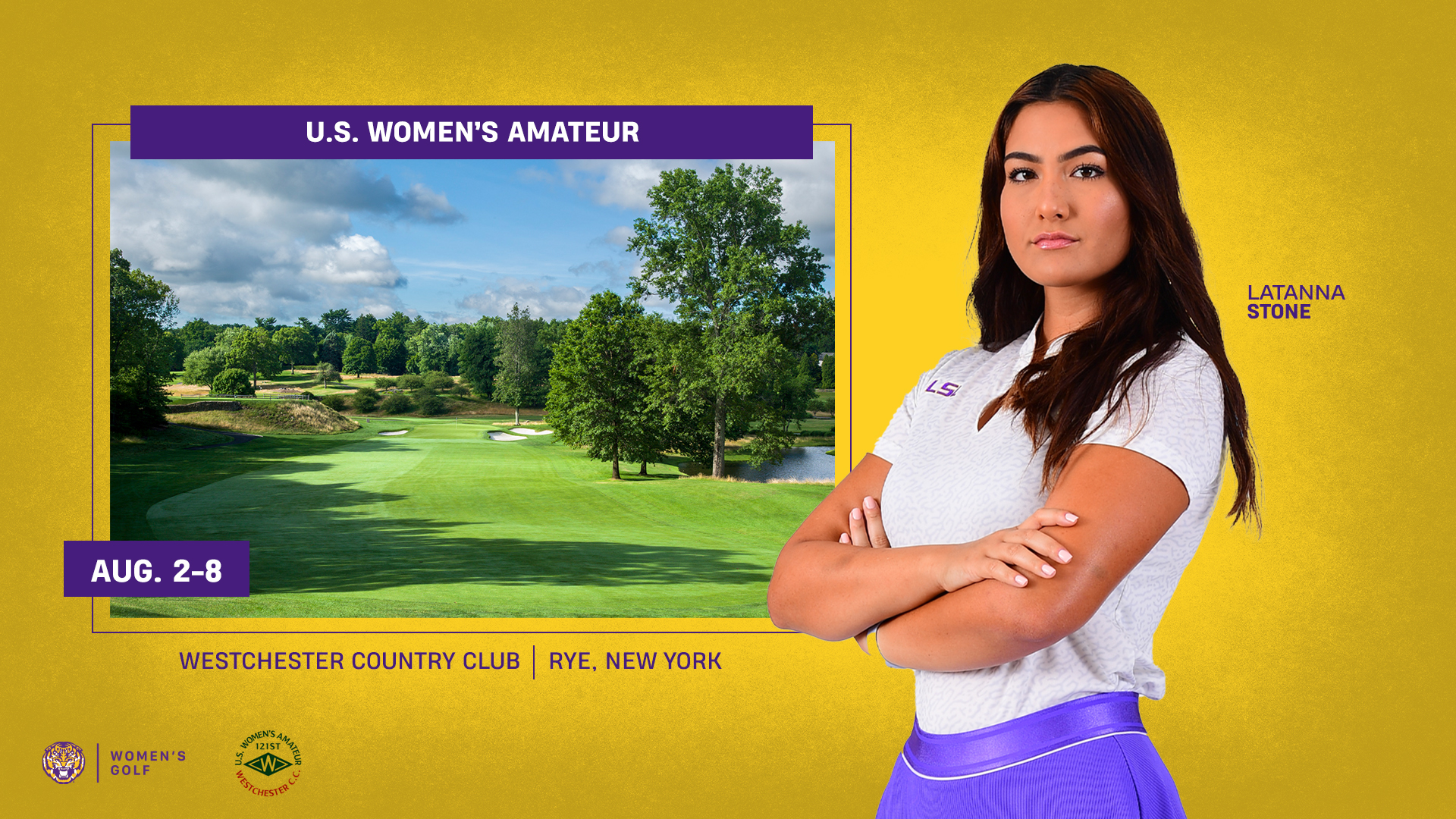 In fact, Stone and her playing partners will lead the way on Monday in the opening round of qualifying as she will be off in the first group at 6 a.m. CDT (7 a.m. in New York).

The average age is just over 20 years of age with 10 contestants between the ages of 11 and 15.

Stone, of Riverview, Florida, qualified for the Amateur by posting an even par 72 back on July 15 at the qualifying session at the Streamsong Resort in Streamsong, Florida.

Stone earned All-SEC first team honors for the Tigers in 2021 and was named an honorable mention All-America by the Women’s Golf Coaches Association. Stone averaged 72.35 for her second season at LSU with 15 rounds of par or under. She now has 21 rounds of par or under in her first two years. Stone, a two-time member of the United States team in the Palmer Cup, had a consistent first two seasons with a 49-round average of 72.43.

Stone is paired with Ina Kim-Schaad, the winner of the 2019 Women’s Mid-Amateur and Alyson Bean, a senior at the University of Denver.

The players will play 18 holes both Monday and Tuesday with the top 64 players after 36 holes advancing to match play. The first round of match play is scheduled for Wednesday with the 36-hole championship set for Sunday, Aug. 8.

The Golf Channel and Peacock will share the coverage of the match play portion of the tournament starting on Wednesday afternoon.