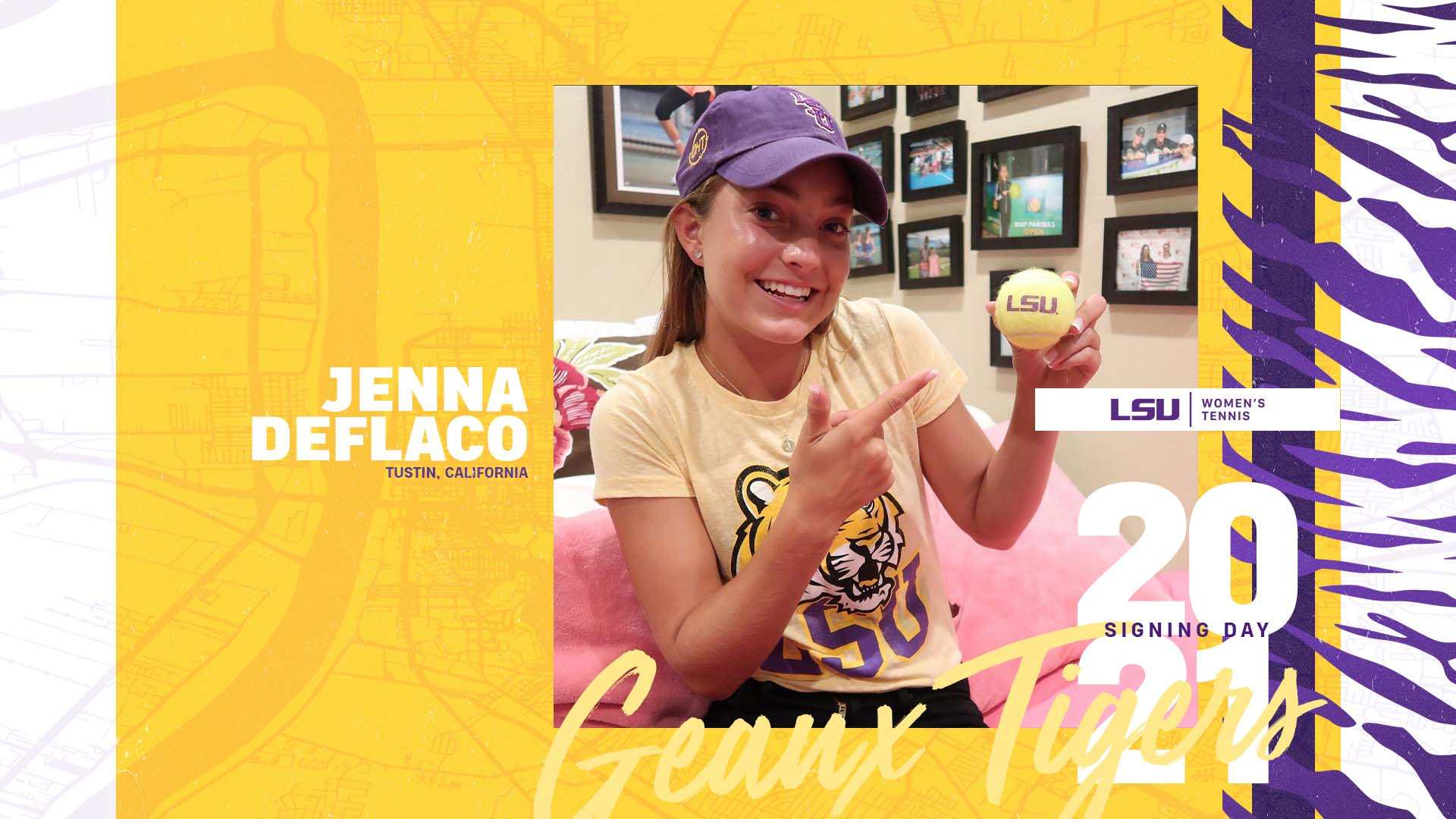 “We’re excited to be able to welcome one of the best recruits in the country to LSU,” co-head coach Michael Sell said. “Jenna is a world class player and person. She takes extreme pride in her work ethic, development, and will make an immediate impact on our program this year. We can’t wait to start working with her.”

DeFalco was ranked as a blue-chip recruit and one of the top heralded players of her class, according to tennisrecruiting.net. DeFalco has maintained a presence in the top of the Class of 2021, rising as high as the No. 9 ranked recruit and maintained a spot in the Top 25 for the past four years. In her ITF juniors’ career, she claimed seven singles titles and two doubles title.

Active on the Women’s Tennis Association Tour in 2021, DeFalco currently sits with a 22-7 singles record on the year and ranking of 914 in the WTA Singles Rankings. Recently, she has seen success internationally in ITF Pro Tournaments, placing runner-up and making a semi-final run in two separate ITF 15Ks in Tunisia in June.

DeFalco is set to join up with the team in August.