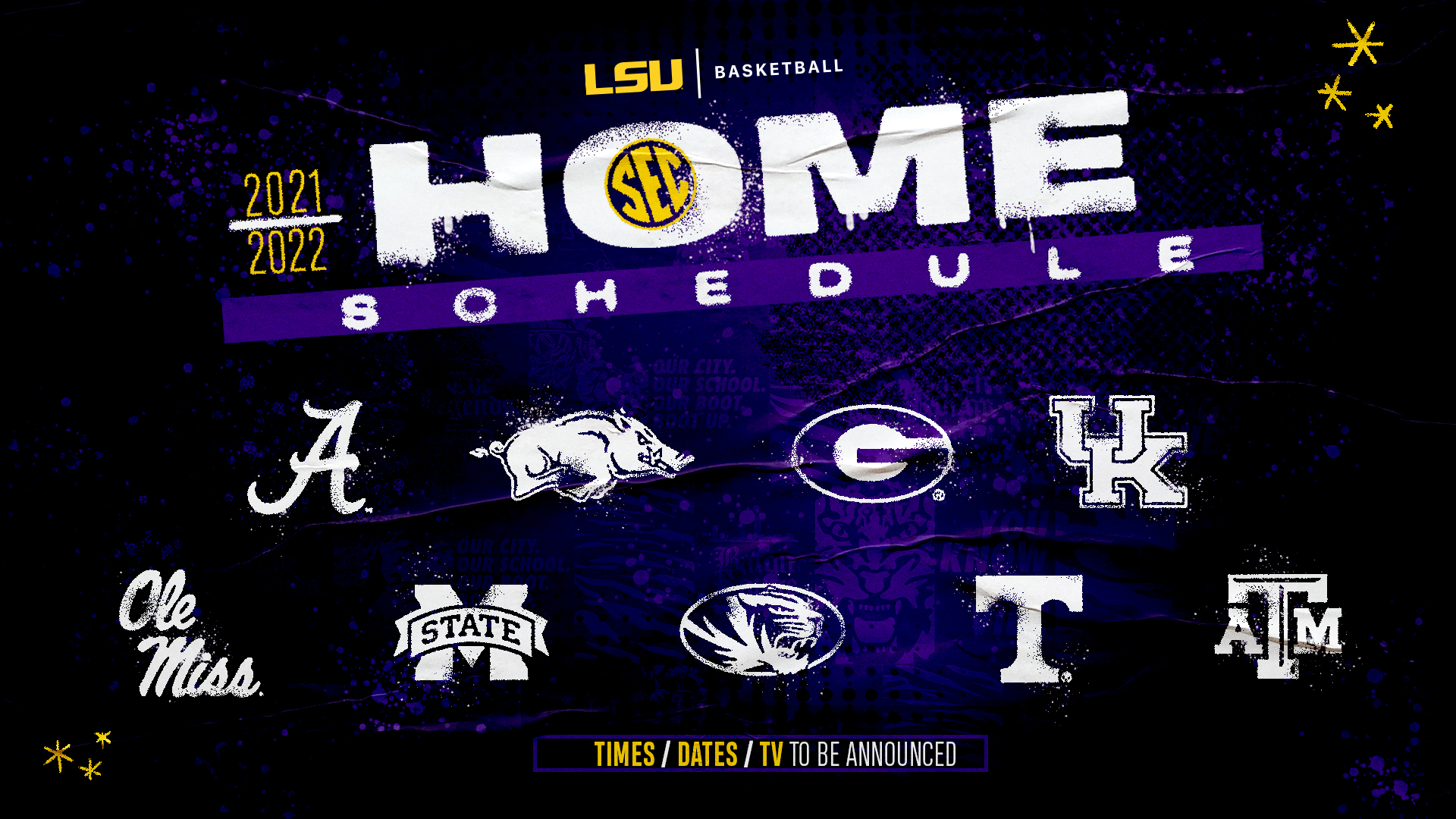 LSU will face Alabama, Arkansas, Texas A&M as usual both home and away and will add home and away meetings with Kentucky and Tennessee.

The other four home games in SEC play for LSU will be: Georgia, Ole Miss, Mississippi State and Missouri.

LSU will meet Auburn, Florida, South Carolina and Vanderbilt on the road only.

LSU won 19 games during the 2021 season, advanced to the finals of the SEC Tournament for the first time since 1993 and made it through to the second round of the NCAA Tournament.

Times, dates and television information will be announced at a later date.