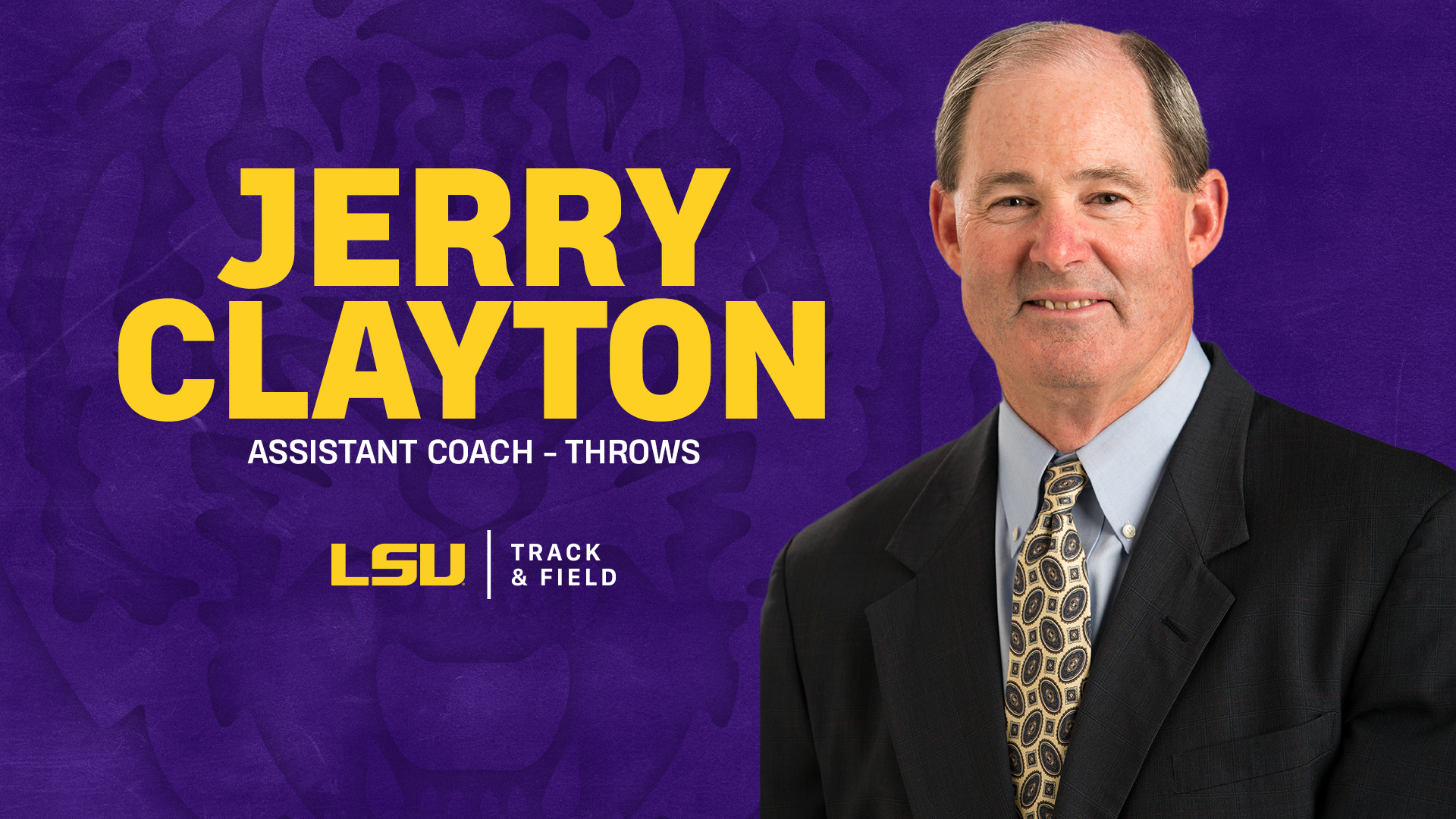 Baton Rouge, La. – LSU track and field head coach Dennis Shaver announced the addition of Jerry Clayton to the staff on Monday morning (July 26). Clayton will bring his wealth of knowledge in the throwing events to Baton Rouge to work with LSU’s throwers.

“Jerry is one of the most well-respected coaches in our profession,” Shaver said. “His wealth of knowledge in the sport of track and field will have a tremendous impact on our staff and student-athletes. He knows how to get the most out of his athletes and has a will have a positive impact on our program.”

His resume says it all. He’s coached world champions, Olympic medalists, and 16 different individual NCAA champions. During his over 40 year coaching career, he’s had 177 All-Americans and he’s coached 153 athletes to conference title performances.

One of the most well-respected, veteran coaches in the business, Clayton comes to LSU after serving as the head coach of Michigan’s program, which combined in 2018. He spent a total of eight years at Michigan and was the head coach of the men’s program from 2014-17 prior to overseeing the program as a whole the last three years. Prior to heading to Michigan, Clayton spent nearly two decades in the SEC with stops at Florida (1995-98) and Auburn (1999-2013). Before his time in the SEC he made stops at Southwest Texas State (1990-94) as the head coach, and his first ever gig was as an assistant at his alma mater, Illinois, from 1980-89.

During his time at Michigan, his athletes set 10 school records including two record-holding relays and seven record holders from his event groups. He led the Michigan men’s squad to a 13th place finish at the 2016 NCAA Outdoor Championships, marking Michigan’s second top 15 finish in the last 55 years. For those efforts, he was named the Great Lakes Region Outdoor Head Coach of the Year in 2016.

Most recently in 2021, he coached Aydan Owens to silver and Andrew Liskowitz to a fourth place showing at the NCAA Outdoor Championships. Owens, a well-rounded decathlete, owns the Michigan school record with a personal best score of 8,238 points in the decathlon; that won him the 2021 Big Ten title in the event. Liskowitz took fourth with a throw of 65’ 10.25” (20.07 meters) in the shot put at the NCAA meet to bookend his Michigan career; Liskowitz is also the Michigan indoor/outdoor school record holder in the shot put with a career best throw of 69’ 6” (21.18 meters).

He coached Joe Ellis, a five-time First Team All-American from to 2015-19, to a successful career as one of Michigan’s best throwers in school history. Ellis won Big Ten titles in the weight throw (2018 & 2019) and hammer throw (2017); he owns the Michigan school records in both of those events.

During Clayton’s 15 seasons at Auburn (199-2013), the Tigers won the 2006 NCAA Women’s Outdoor Track and Field championship; he also helped Auburn to 18 top-10 finishes at the NCAA Championships, including five top-10 showings. Clayton was an assist at Florida for three seasons (1995-98) before joining Auburn’s staff. His athletes earned eight All-America honors, three SEC event titles, and 10 All-SEC honors during his time in Gainesville.

Clayton was an assistant men’s track and field coach at Illinois from 1980-89 before heading to Texas. He helped the Illini to seven Big Ten track and field titles and three top-10 finishes at the NCAA Championships.

Clayton, a native of Rushville, Illinois, graduated from Illinois in 1980 with a bachelor of sciences degree in physical education. Clayton and his wife, Becky, have two sons. Zach Clayton was a member of Auburn’s 2011 national championship football team, and Nick Clayton graduated from the Air Force Academy in 2013.